Employees at the Guggenheim seek to unionise

Labour representative says the organisation is engaged in “union-busting” tactics 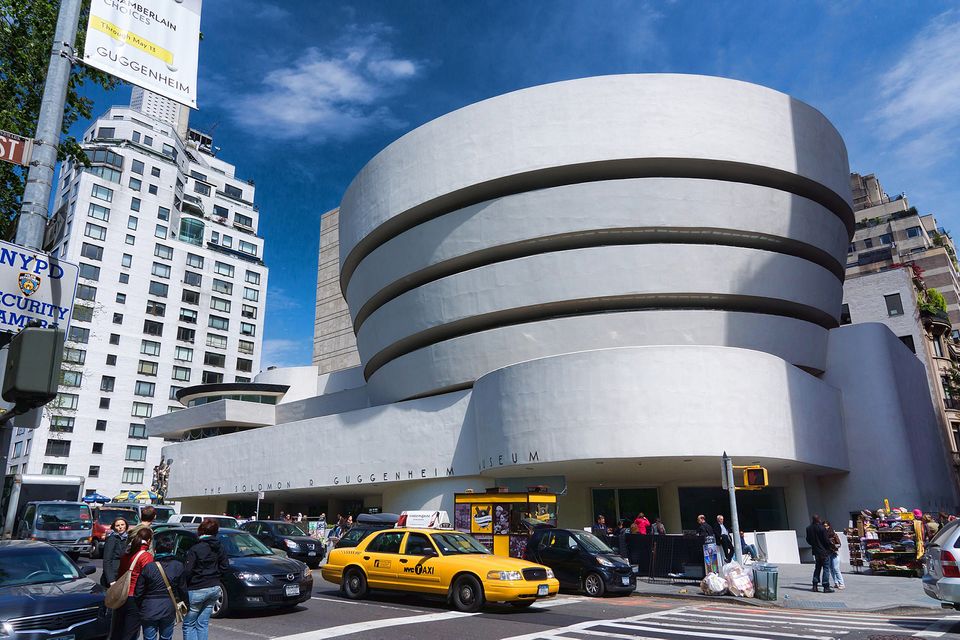 Update: On the evening of 27 June, workers at the Guggenheim museum, including installers, art handlers, and facilities engineers, voted to unionise and join Local 30 of the International Union of Operating Engineers. Around 90 workers at the museum will be a part of the union, the first at the museum. The vote was 57 for unionising and 20 against, Artnews reports.

Art installers and facilities engineers at the Solomon R. Guggenheim Museum in New York are rallying to unionise through Local 30 of the International Union of Operating Engineers, and accuse the art institution of engaging in union-busting practices and scare tactics to deter them. They join a growing list of employees at New York cultural institutions who have recently organised for better remuneration or have formed unions, including a group of staff members at the New Museum who voted to unionise through UAW Local 2110 in January.

Last week, Local 30 of the International Union of Operating Engineers (IUOE Local 30) officially filed a petition for a group of around 90 hourly-paid, technically “part-time temp” workers, including those involved in art handling, construction, fabrication, lighting and facilities management, to unionise. Small groups of employees met with human resources representatives from the museum yesterday and today to discuss the issue.

“It’s been sort of a slow decline of working conditions,” says one employee, an art installer who has worked at the museum for over four years and attended today’s meeting. (He spoke on the condition of anonymity.) There has been “less time to perform the work that’s asked of us”, he says, with a tighter turnaround for projects, so employees have been working later and longer hours. “The museum’s getting the same product they’ve been getting for years… but we’re paying the cost of it with our energy and bodies,” he says.

Workers, who are on call, are eligible for overtime if they work over 40 hours per week, but the week is defined as Monday through Sunday. That means if the worker starts a shift on a Thursday, he explains, and works ten-hour days, there is no overtime pay. Workers make around $25 to $30 an hour; this particular employee says he makes $30.60 per hour, due to a small cost-of-living percentage raise granted two years ago. “The big realisation that, wow, none of us got raises at all” last year was behind the push to unionise, he says. However, the Guggenheim emphasises that employees’ wages increased 2 percent in May, applied retroactively to March.

The employee who spoke on the condition of anonymity says that the museum had the option of bringing in an outside arbitrator when it was notified of the union petition last week. The museum has instead turned to an outside attorney and is “arguing with the National Labor Relations Board”, he says. “They’re claiming the union will make us strike”, but he says that the last time this union held a strike during negotiations was in 2001.

The Guggenheim says in a statement: “We have been informed that Local 30 of the International Union of Operating Engineers is seeking to represent a certain group of our employees. We respect the right of our employees to decide whether they wish to be represented by a union. This matter is now pending with the National Labor Relations Board.”

The museum adds: “The Guggenheim is dedicated to creating and maintaining a fair, flexible and equitable work environment with open lines of communication. When the museum has been able it has remunerated staff with salary increases including an across-the-board 2% raise announced May 21, 2019. The work culture of the Guggenheim is one of the museum’s distinguishing characteristics and we recognize and appreciate the commitment and contributions of the talented staff who bring its mission to life every day.”

As for the law firm it has enlisted, the museum says: “The Guggenheim has used Epstein Becker Green as employment law counsel since 2017 and continues to work with the firm in this process.”

Andres Puerta, the director of special projects at IUOE Local 30, which already represents employees at New York institutions including the Whitney Museum of American Art, the Museum of Modern Art and MoMA PS1, called yesterday’s meeting “a typical playbook union-busting meeting”. Puerta was not in attendance—representatives for IUOE Local 30 were not invited to the meeting—but he spoke with employees who had attended after the meeting concluded.

“They attempted to scare and subtly threatened the workers,” including raising the possibility of being permanently replaced should they strike, Puerta says. “We think it is beneath the dignity of a cultural icon like the Guggenheim to engage in union busting.”

The lawyer who has been communicating with the National Labor Relations Board on behalf of the Guggenheim, Steven Swirsky of the Epstein Becker Green firm, has “devoted his practice almost exclusively to aiding employers in developing strategies to remain union-free”, the firm’s website says.

The Gulf Labor Coalition, a group of artists and activists formed in 2011 to advocate for and publicise the conditions of migrant workers building cultural institutions on Saadiyat Island in Abu Dhabi, including the Guggenheim’s future Abu Dhabi outpost and the Louvre Abu Dhabi, has released a statement in support of the workers’ efforts to unionise.

“Our position is consistent, whether in Abu Dhabi or in New York City: if an art institution wants to invite thinkers and artists to share their works, they should pay fair wages, create safe conditions for their workers, and take seriously their grievances or demands,” the group says in the statement, which also addresses the high cost of living in New York and the increasing attention paid to ethical issues in museum governance, such as the source of income of donors and board members.