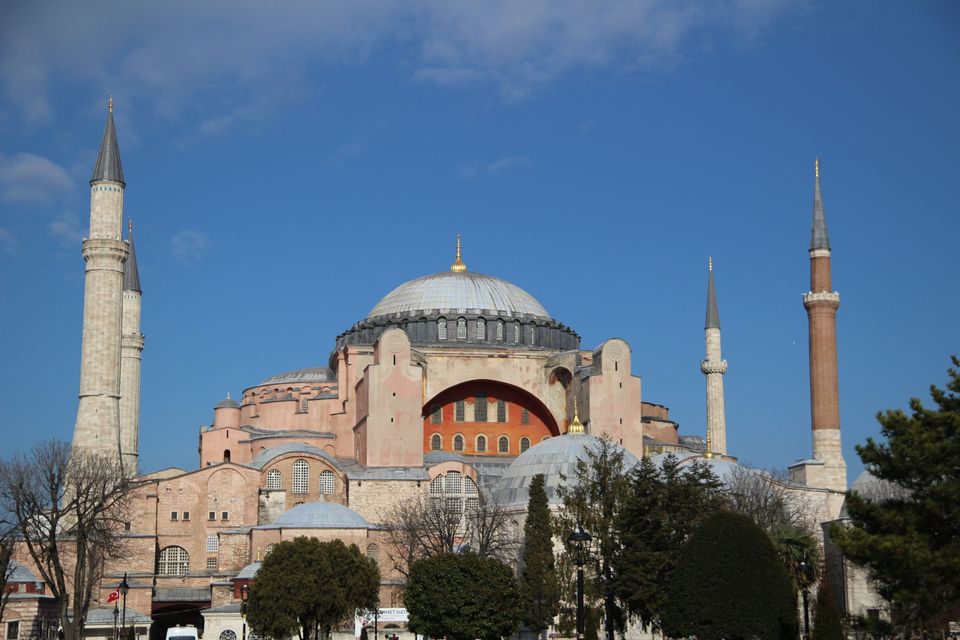 The Turkish president Recep Tayyip Erdogan has pledged to revert the 6th century Hagia Sophia, once an important Greek Orthodox Christian cathedral, into a mosque from its current status as a museum. The move is seen as an effort to rally his conservative base ahead of local elections on 31 March. It has been a museum for almost 85 years, which is widely regarded as a compromise between Christians and Muslims who both claim the space as hallowed ground.

Converting Hagia Sophia into a mosque is likely to unleash an international backlash, especially from neighbouring Greece, where some still mourn the loss of the Greek Orthodox cathedral. The US State Department in the past has urged Turkey to refrain from encroachments on the site, such as state-sponsored Quran readings, out of respect to the complex history of the monument.

It could also endanger its World Heritage status: Hagia Sophia is inscribed on Unesco’s list with other sites on Istanbul’s historic peninsula, and any changes that impact the “outstanding universal value” of the site require notifying the committee, according to its operating guidelines. The monument is also Istanbul’s most popular tourist attraction, with more than 20 million visitors over the past decade.

Built in 537 by the Byzantine emperor Justinian, Hagia Sophia—which means “divine wisdom” in Greek—was at the heart of religious life in the Byzantine Empire until the conquest of Istanbul by Ottoman Turks in 1453, when Sultan Mehmet II rode a horse through its gates and declared it his imperial mosque. In 1935, the founder of the secular Turkish Republic, Mustafa Kemal Ataturk, pronounced it a museum, deeming it “open to the visits of all nations and religions.” In the interview, Erdogan said calling Hagia Sophia a museum was “a great mistake”.

Devout nationalists have long petitioned Erdogan to allow them to pray at Hagia Sophia. Until now, Erdogan has rebuffed their pleas, arguing worshippers fail to fill Istanbul’s 3,000 mosques.

Now, the 65-year-old leader is fiercely campaigning for nationwide municipal elections, and opinion polls show mayoral candidates from his ruling party are losing support in the capital Ankara and the country’s biggest city Istanbul amid voter discontent over a recession that could reduce turnout.