We are all America: first Faena Festival aims to unify, not divide

There is continuity across the two continents, says curator of Miami Beach event 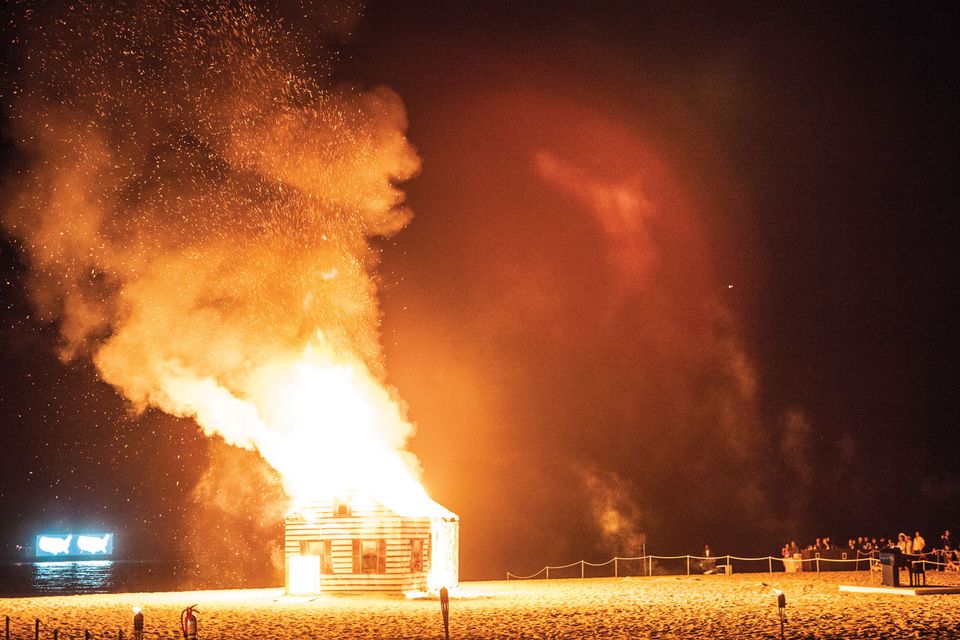 George Sánchez Calderón’s How to Win Friends and Influence People (2018) is a gesture of “ritual healing” Photo: Vanessa Ruiz

“I wanted to create a platform that was more about unity than division,” says Zoe Lukov, the curator of Miami’s inaugural Faena Festival (until 9 December), which opened on Monday. Titled This Is Not America, the event takes its cue from the Chilean-born, US-based artist Alfredo Jaar’s animation, A Logo for America, which was commissioned in 1987 by the Public Art Fund for the giant electronic billboard in New York’s Times Square and purchased by the Solomon R Guggenheim Museum in 2014. “The ‘not America’ allows us to be who we are, in all our cacophonous multiplicities,” Lukov adds.

For its Miami incarnation, Jaar’s piece has been installed on a boat formerly used to advertise the clubs and bars of South Beach and will sail up and down the shoreline for eight hours a day. It is the first time the work has been shown in the US since Donald Trump was elected president and the artist says it has “acquired a new meaning” in light of the international refugee crisis and the US government’s “monstrous” actions in regard to immigrants. “First they separated children and babies from their parents, causing unbelievable trauma. As if that wasn’t enough, they transferred thousands of these kids to cages. Now, they are tear-gassing entire families at the US-Mexican border. It really is a crime,” Jaar says. “Where’s the protection, the humane treatment, the guarantee of respect for individuals who have become victims of conflicts?” 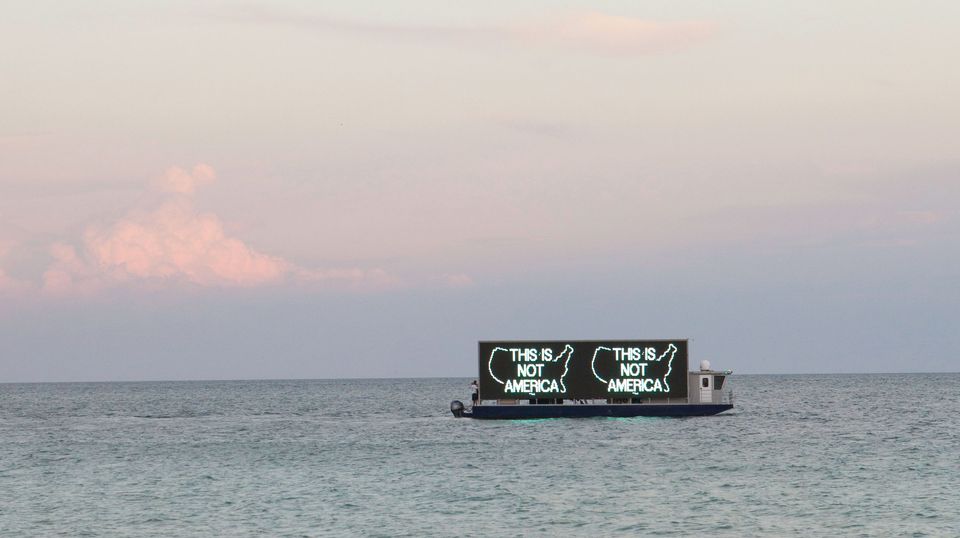 With its majority Latino population and position as a gateway between the US and Latin America, Miami also brings new significance to the work, originally conceived, Jaar says, in protest against how the term America “was being stolen to represent a single country”.

Lukov believes showing the work is more necessary than ever. “It was always intended to speak about the continuity between the Americas. We are all America. We have shared histories of indigenous genocide, European colonisation and African enslavement,” she says.

Many of the new commissions conceived for, and installed on, the beach “seek to imagine these porous and transitional spaces as places of safe harbour that are representative of what our ‘America’ is and can become”, Lukov writes in a publication on the festival.

Another work, America’s Playground (2018), by the New York-based artist Derrick Adams, is based on a 1969 photograph he found in the Black Archives at the Lyric Theater in Miami’s Overtown neighbourhood, which depicts African-American children at a playground beneath a freeway there. The park was constructed as an apparent apology for displacing thousands of black residents from their homes when the freeway was built.

Adams has suspended the photograph in the middle of a working playground on Miami Beach. One side of the image has been left black-and-white, but he has coloured in the other to highlight the “vibrancy and promise” he saw in the picture. But the artist observes the same patterns of gentrification repeating in Miami today. “I have seen a progression of gentrification, of working-class people being pushed out to more rural parts of Miami with poor transportation links,” he says. “It is no surprise that older African Americans do not vote when they see such repetition [of history].” 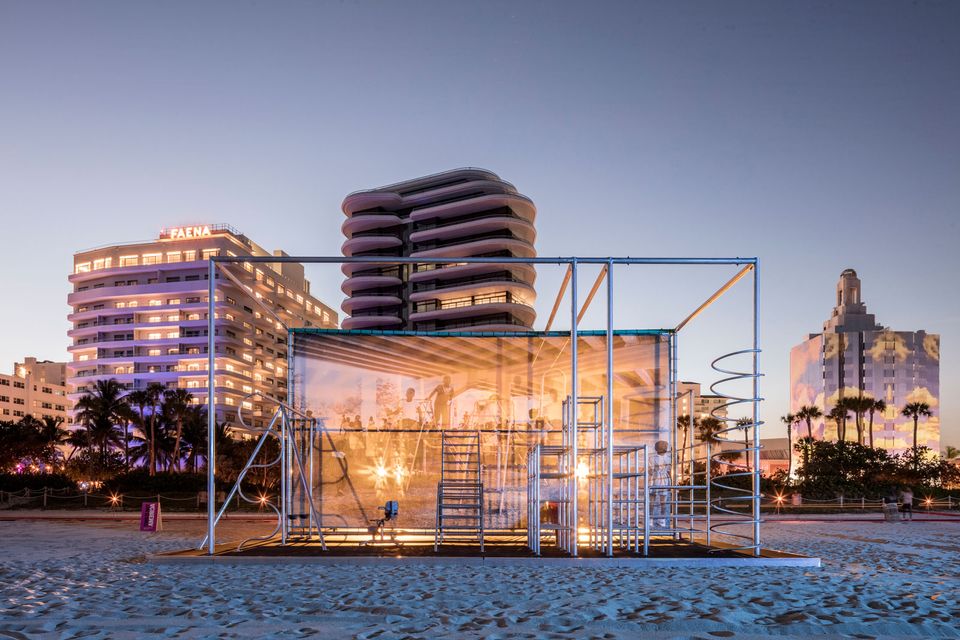 In a gesture of “ritual healing”, meanwhile, George Sánchez-Calderón set fire to his copy of a model of the famed Levittown house—a low-cost, mass-produced, single-family home built for a post Second Wold War community in Pennsylvania—yesterday on the feast day for Santa Barbara or Changó, one of the most important festival days in Cuba. On 7 December at 5pm, the Argentinian artist Agustina Woodgate and the Reverend Houston R. Cypress, an activist, ordained minister Reverend and Native American artist from the Miccosukee tribe, will carry out a land acknowledgement at Faena Beach, which will pay tribute to the land’s original inhabitants.

The non-profit organisation Faena Art has financially supported the production of the new works, but none will enter the Argentine real estate developer Alan Faena’s private collection, Lukov says. The idea, she says, is “to create something free for the people of Miami”, a city that has yet to establish itself on the biennial circuit.