'A privileged space, remote from it all': Fondation Carmignac opens on island off the southern coast of France

New home for the Paris-based corporate collection, established by billionaire financier, is inaugurated after years of delays 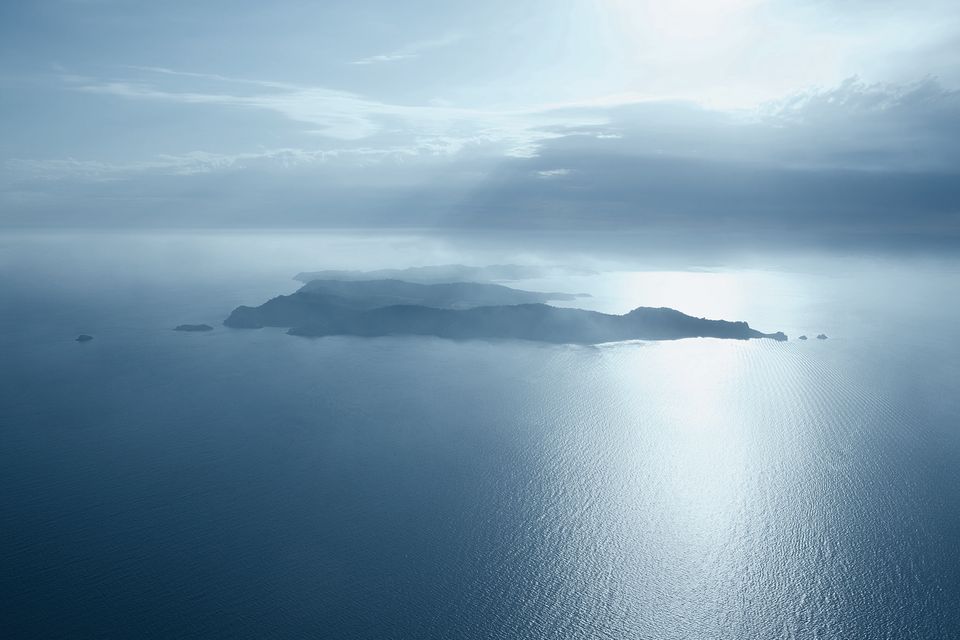 The south of France’s newest private art foundation opens tomorrow, 2 June, bringing works by Warhol, Basquiat and Roy Lichtenstein to a protected Mediterranean island off the coast of Hyères. The Ile de Porquerolles, which measures less than five square miles and has 200 inhabitants, is the second home of the Fondation Carmignac, the Paris-based corporate collection established by the billionaire financier Édouard Carmignac in 2000. Unable to build on an island listed as a French national park, the foundation has converted a former farmhouse into a 2,000 sq. m exhibition space by digging underground. The galleries are surrounded by a 15-hectare sculpture park, created by the landscape designer Louis Benech.

“The idea was to set the foundation in a privileged space, remote from it all,” Carmignac says. He first discovered the estate—where Jean-Luc Godard filmed Pierrot le Fou—while attending a wedding there two decades ago. When the owner died, his daughters remembered the proposition to turn the site into an art venue and offered it to the foundation in 2011. Fifteen minutes by ferry from the mainland and best known for its beaches, cycling and hiking trails, Porquerolles was “so amazing, it was irresistible”, Carmignac says, comparing it to the Japanese art island of Naoshima. 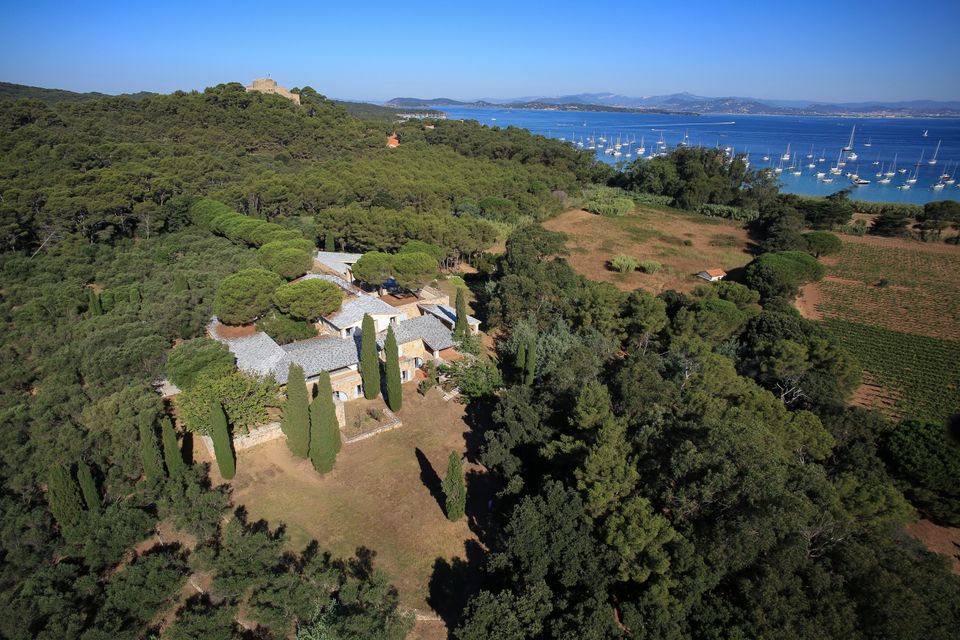 The Carmignac Foundation in Porquerolles, which is 15 minutes by ferry from the mainland Photo: Lionel Barbe

Initially planned to open in 2014, the space has had a “painful delivery” due to the tight environmental restrictions. “This is a protected site so it’s normal that we should respect the environment,” Carmignac says. “We’ve had an ecologist spend a whole year here to make sure that we would protect the little pathways for the turtles and some very rare orchids that only exist in this part of the world.” The cost of the project is undisclosed.

I hate museums. I want a living foundation. Édouard Carmignac

Directed since January 2017 by Édouard’s son Charles, the foundation will host one exhibition drawn from its 300-strong collection every year. Until now, this has been mainly displayed in the offices of the Carmignac Gestion investment fund. “Our works were requested and lent for exhibitions,” Carmignac says. “But we felt we should let a larger number of people see [the collection].” The inaugural presentation of around 70 pieces, Sea of Desire, has been organised by the Vienna-based curator and Basquiat specialist Dieter Buchhart around themes such as archetypes of female beauty and cinematic suspense. It runs until 2 November, when the site is expected to close for the winter. Visitors are greeted with Basquiat’s Zing (1984), a portrait he made of Carmignac after they met at a party at Warhol’s Factory in New York. Another gallery pairs two Communist icons, Warhol’s silkscreens of Lenin (1986) and Mao (1973), which usually hang in the financier’s own Parisian office. In a surprising detour for a collection rooted in American Pop, Lichtenstein’s nudes are juxtaposed with two 15th-century paintings by Botticelli and his workshop—a Madonna and child acquired by Carmignac last year and a Venus borrowed from the Galleria Sabauda in Turin. One section is devoted to the Carmignac Photojournalism Award, sponsored by the foundation, which annually acquires four photographs from the winner’s portfolio.

The cross-shaped architecture means there is no prescribed route, but it also echoes the form of a church, Carmignac says. In line with his belief that art experiences should be contemplative, admission will be limited to 50 people every half hour (tickets cost €15 for adults and can be reserved online). Visitors are also required to undertake a small ritual, removing their shoes and drinking a cold herbal tea before they enter the galleries. 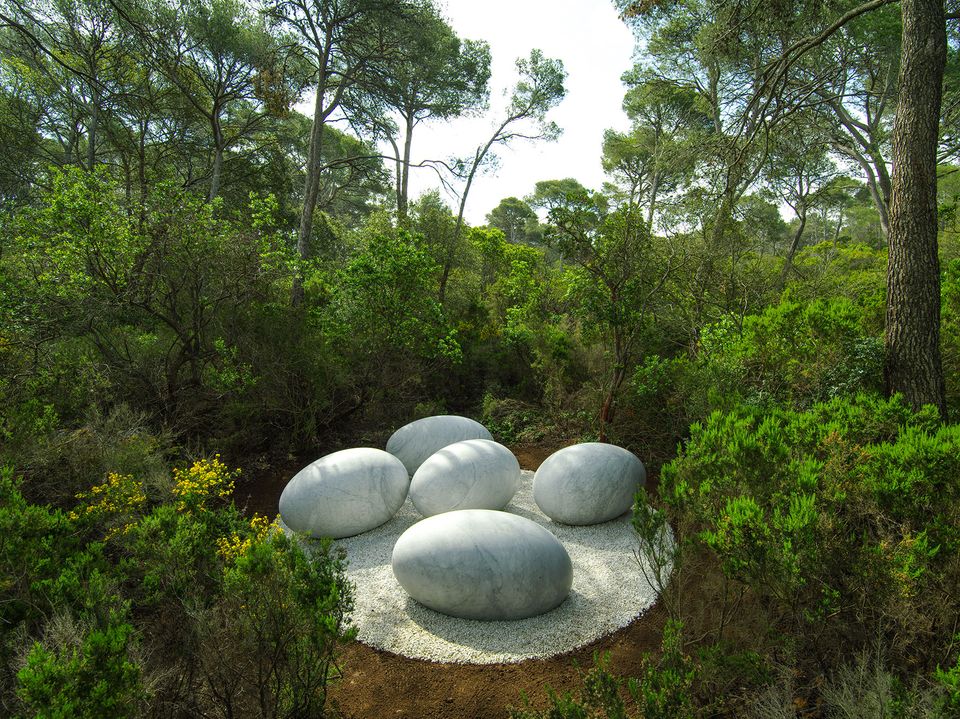 The Carmignacs hope the foundation will offer some holidaymakers on the island their first encounter with contemporary art, while drawing cultural tourists to match the region’s other private sculpture parks and collections, such as Château La Coste near Aix-en-Provence. But it is still early days for the Porquerolles grounds, where 13 large-scale artists’ commissions are now installed, from a mirror maze by Jeppe Hein to Nils-Udo’s clutch of giant marble eggs nestled in the forest. More artist residencies and outdoor music concerts are in the pipeline. “I hate museums,” Carmignac says. “I want a living foundation.”