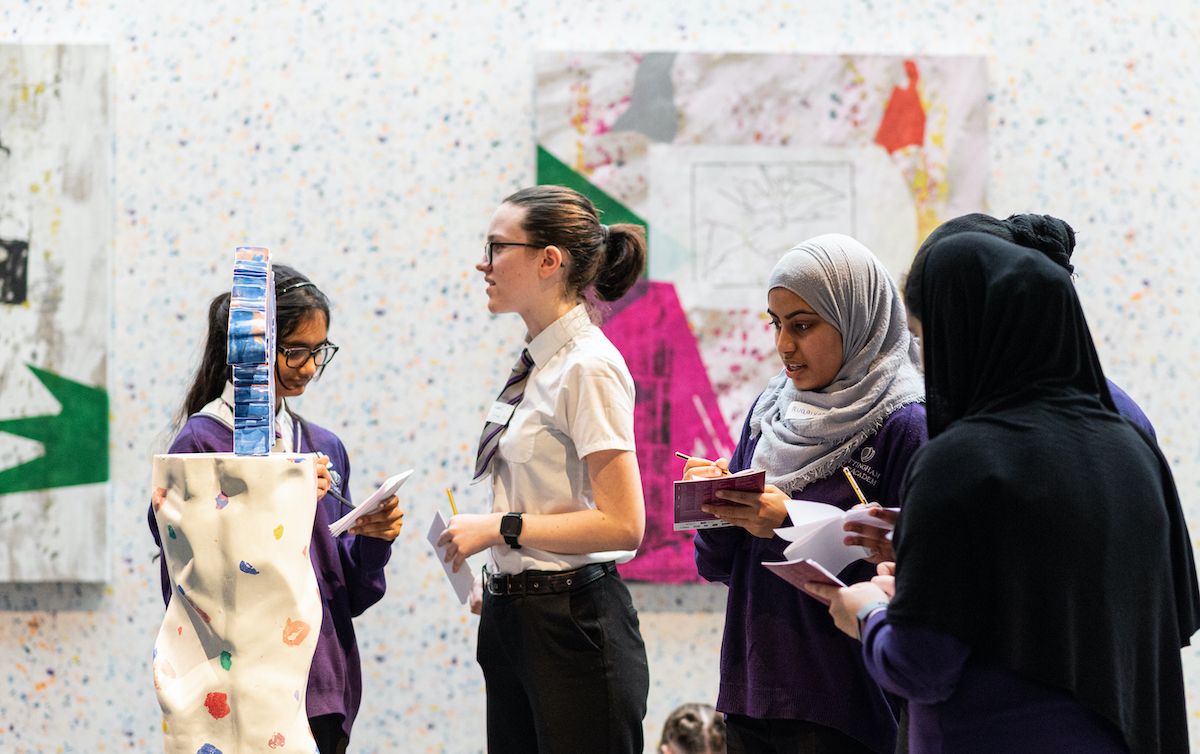 The New Art Exchange in Nottingham is one of the recipients of the Freelands Foundation diversity grants Photo: Tom Morl

Funding from the Freelands Foundation, a philanthropic organisation founded by the media entrepreneur Elisabeth Murdoch, will go towards an educational programme in east London focused on the impact and influence of the Windrush generation of workers who came to the UK from the Caribbean between 1948 and 1971. The foundation’s new funding initiative follows the launch of its diversity action plan in June which aims to stamp out racial inequality in the visual arts.

The Windrush programme will be delivered by the London-based arts organisation Create, which will receive £270,000 over two years as part of the Freelands Foundation’s “bold new plan of action to address the issue of racial inequality in the arts”, a statement says. Two other organisations—Iniva (Institute of International Visual Arts), in London and the Nottingham-based New Art Exchange—will also benefit, receiving £500,000 each under the new funding initiative, making a combined total of £1.27m awarded to the three recipients.

Create’s educational programme is centred on new sculptures honouring the Windrush migrants by Thomas J. Price and Veronica Ryan, which are due to be unveiled in Hackney in 2021. Create says it will subsequently “activate discussions around diaspora, identity and representation in public spaces with primary and secondary pupils” through a learning resource website and activities including printing sessions.

The New Art Exchange in Nottingham will get £500,000 over three years, enabling the contemporary art space to launch its Power to Change programme aimed at forging closer links with the community. The Breaking Barriers, Forging Futures project, which will run in 12 local schools, is a key part of the organisation’s anti-racism drive.

“This grant will enable us, through art and creative practice, to amplify lesser heard voices and empower individuals as change-makers in their own communities and wider society,” says Melanie Kidd, New Art Exchange's director of programmes, in a statement.

A £500,000 grant for Iniva will enable the visual arts organisation to roll out a national learning programme which “will challenge conventional notions of diversity and difference” and enhance its Stuart Hall library, a key archive for material on Black British arts figures and movements.

Sonita Alleyne, Master of Jesus College in Cambridge, will also chair a new diversity action group as part of the foundation’s diversity action plan. “Together, we will take a frank look at where the barriers to the visual arts lie, and identify how to open access to the pleasures and opportunities of a creative life,” Alleyne says. The group will also play a key role in future funding decisions with the foundation committing £3m in total to racial inclusion (the remaining funds are due to be allocated in 2021).

The foundation has further pledged that 15% of all future grants will be awarded to initiatives that promise to tackle racial inclusion. The diversity action plan also includes a “substantial new public research project” examining Black and ethnic minority access to visual arts. “We are in conversation with a leading research organisation about this commission. We hope to appoint a partner by the end of the year, and agree a timeline for this research programme,” a spokesman for the foundation says.