Twenty-six objects looted from Abomey Palace to return to Benin, Omar Tall’s sword to be transferred to Senegal 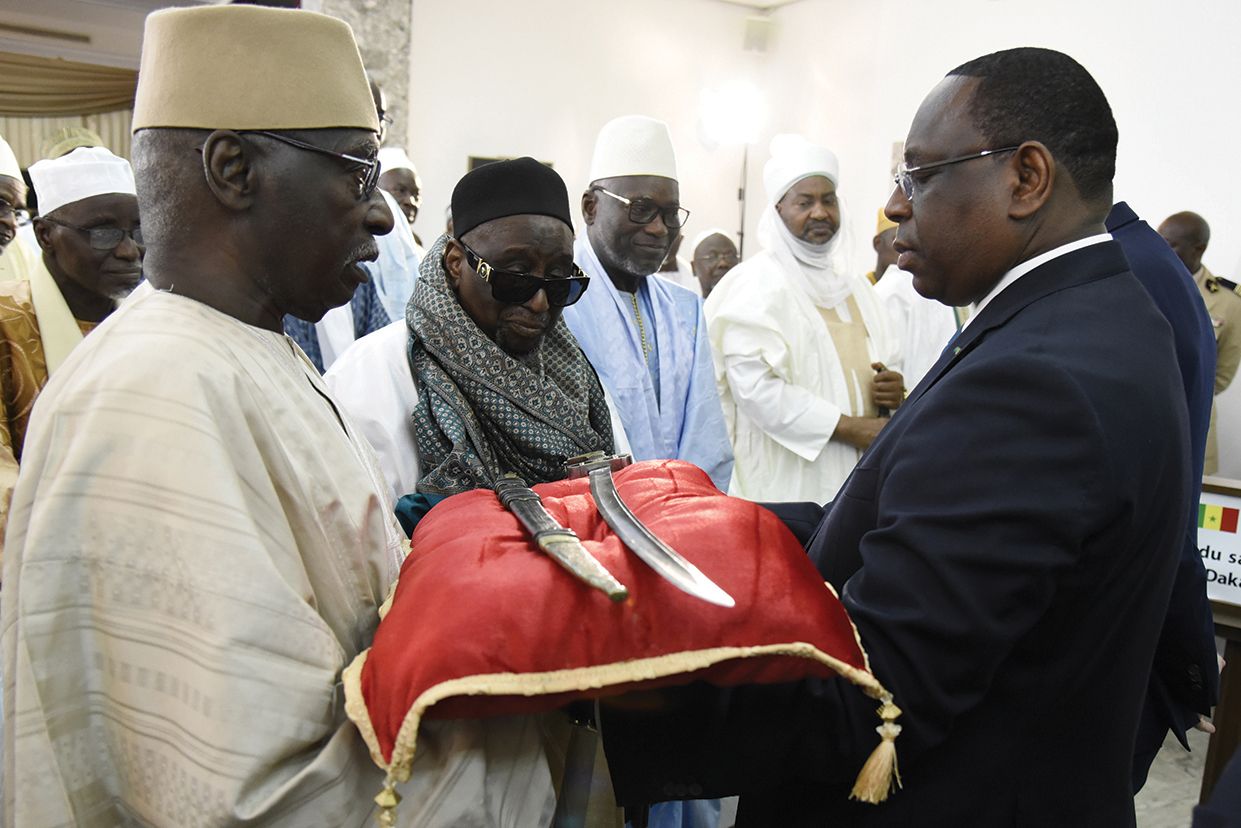 Senegal President Macky Sall, right, receives the sword El Hadj Omar Saidou Tall during a ceremony at the Palace of the Republic in Dakar, Senegal, on November 17, 2019 Photo: by Seyllour /AFP via Getty Images

The French cabinet discussed a draft law yesterday allowing the restitution of 26 looted artefacts to Benin and a historic sword to Senegal, the first legislative step towards fulfilling French President Emmanuel Macron’s 2017 pledge to return African heritage taken during the colonial era.

The law, which compels the authorities to return the artefacts within one year, is necessary to bypass a principle of French law under which treasures in public museum collections are deemed “inalienable.”

Prime Minister Édouard Philippe already returned the sword last year to Macky Sall, the president of Senegal, in a symbolic gesture of commitment to Macron’s promise. Previously held in the collection of the Musée de l’Armée in Paris, the sword is now on display in Senegal’s Museum of Black Civilisations. It belonged to Omar Saïdou Tall, a prominent 19th-century Muslim spiritual leader who fought French colonialists in the 1850s in a region of West Africa that now includes Senegal. His possessions, including the sword, were seized decades later by French troops.

The objects to be returned to Benin include anthropomorphic statues bearing royal emblems looted during the sacking of Abomey Palace in 1892 and donated by the French colonel Alfred Dodds to a predecessor of the Musée de Quai Branly in Paris. In December 2019, France and Benin signed an agreement for a joint programme involving French financial support to build or renovate museums and to provide training for heritage experts.

According to a report by Bénédicte Savoy and Felwine Sarr, commissioned by the French government and published in 2018, there are around 90,000 sub-Saharan artefacts in French public collections, most of which are housed in the Musée de Quai Branly.