Art fairs are usually temples to the secular, but there is a distinctly religious feel to many of this week’s displays. While contemporary artists are openly engaging with sacred iconography at Frieze London, dealers at Frieze Masters are downplaying the divine in their displays of devotional art.

“Looking back, you can’t ignore the fact that a great deal of art has been commissioned by the Catholic Church,” says the artist Glenn Brown, who has mined art history for a new body of work being shown by Gagosian Gallery (FL, C3). In drawings that riff on Murillo’s renderings of the Virgin and Child, and Christ on the cross, he combines the narratives of Jesus’s birth and death. “I’m not a Christian myself, but it’s an extraordinary story that’s had an extraordinary impact on Western civilisation,” Brown says. “There’s certainly a pathos, whether you believe or not.” 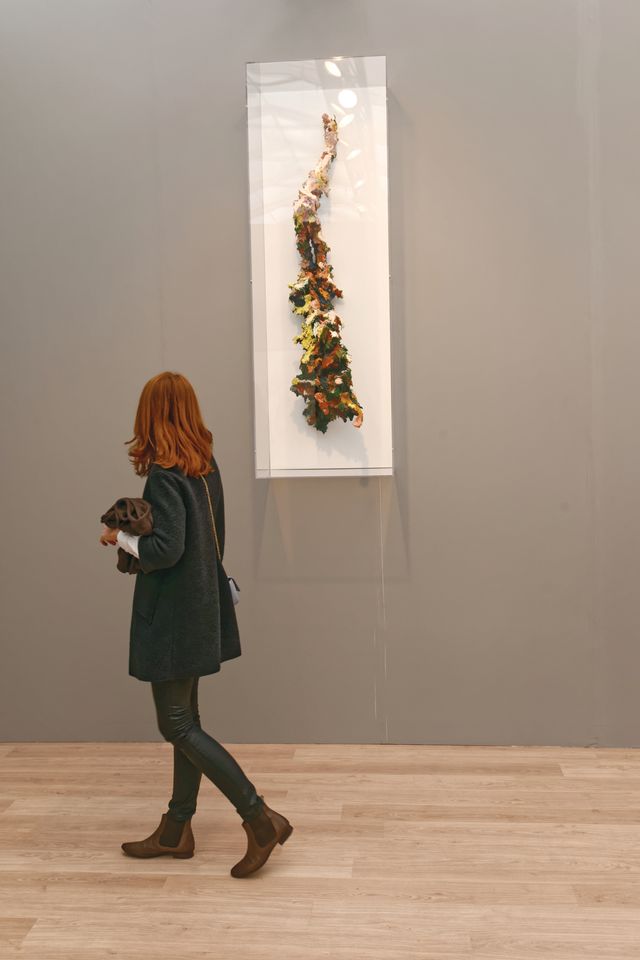 To “try to increase the emotional content”, he has added stigmata to his version of Dürer’s drawing of feet. “I’m interested in how feeling can be changed with a few strokes of the pen,” Brown says. Rather than a comment on the religious wars raging across the Middle East, Brown says his work is “spiritual on a more personal level”.

A 2007 sculpture by Christoph Schlingensief, who was an altar boy as a child, toys with typical depictions of the Last Supper: his disciples gather around a video monitor. “The ritual of Catholic Mass has been very important for Christoph in the way he works,” says Florian Berktold, a director of Hauser & Wirth (FL, D6), which is selling the sculpture in an edition of five (priced at €25,000 each).

For example, a 17th-century carved ivory, cruciform Christ “was born to be put on a cross”, says Flavio Gianassi, a director at Moretti, “but we want it to look more contemporary”. The small sculpture, which is attributed to Alessandro Algardi and is on offer for €400,000, has been mounted on Plexiglas and displayed at eye level so that collectors can see it in the round. “This is a piece of art, not just a religious object,” Gianassi says (Moretti is sharing a stand with Hauser & Wirth: FM, D1).

“Religion is as contested a subject as art,” says Reverend Peter Bradley, the dean of Sheffield Cathedral, which is showing works from the Sandretto Re Rebaudengo Collection by artists including the Chapman brothers and Berlinde De Bruyckere (Going Public, until 12 December).

“Almost all contemporary art can be interpreted through a religious or theological framework,” he says. “Although, of course, a cathedral is no more or less ideological than Frieze, where the works have been commodified by galleries, and presumably sel ected because they are interesting and saleable.” 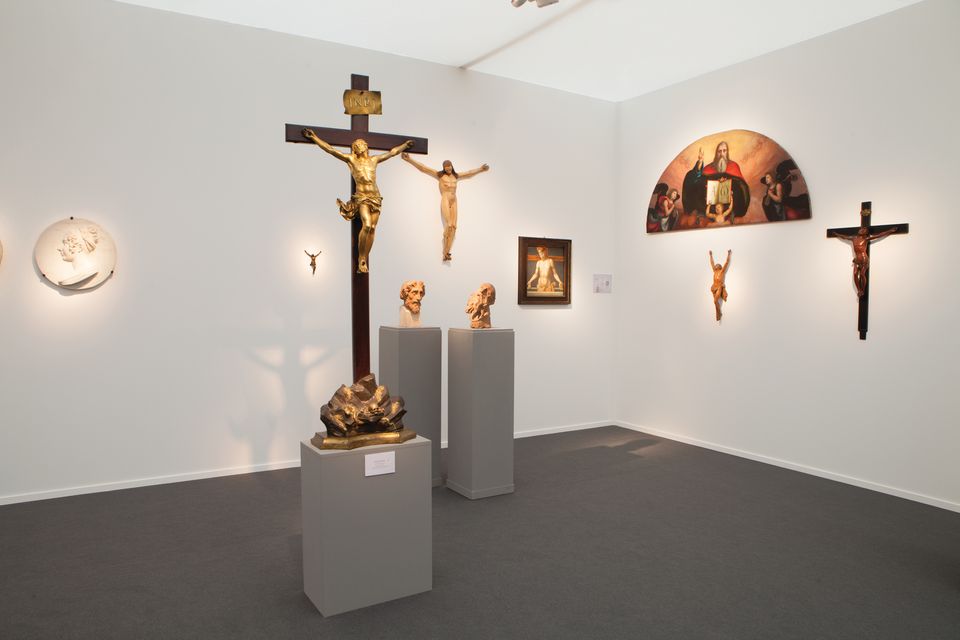 This crucifix-heavy display is not just geared towards Catholics, Bruno Botticelli says. “I don’t think collectors buy art because they believe in idols. Collectors buy figures of human beings,” he says. “Sacrifice is a human concept, not just religious.” 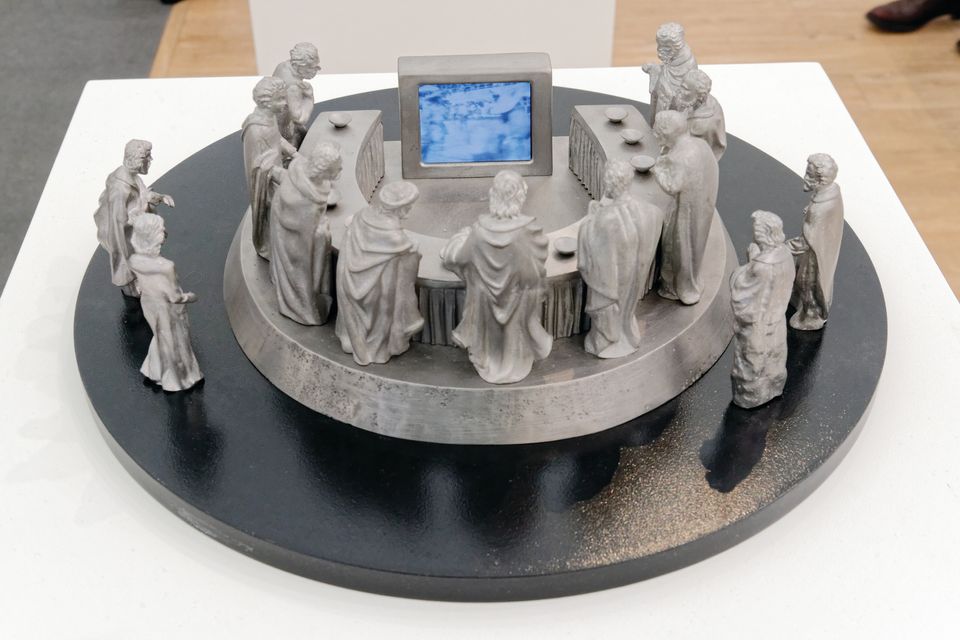 This work comes from Schlingensief’s theatre production of Wagner’s The Flying Dutchman—which included samba dancers and river boats—in the Amazon rainforest in Brazil. Elements were later used in one of his first institutional shows in an arts, rather than a film, context. Here, the disciples are watching footage shot in Brazil.