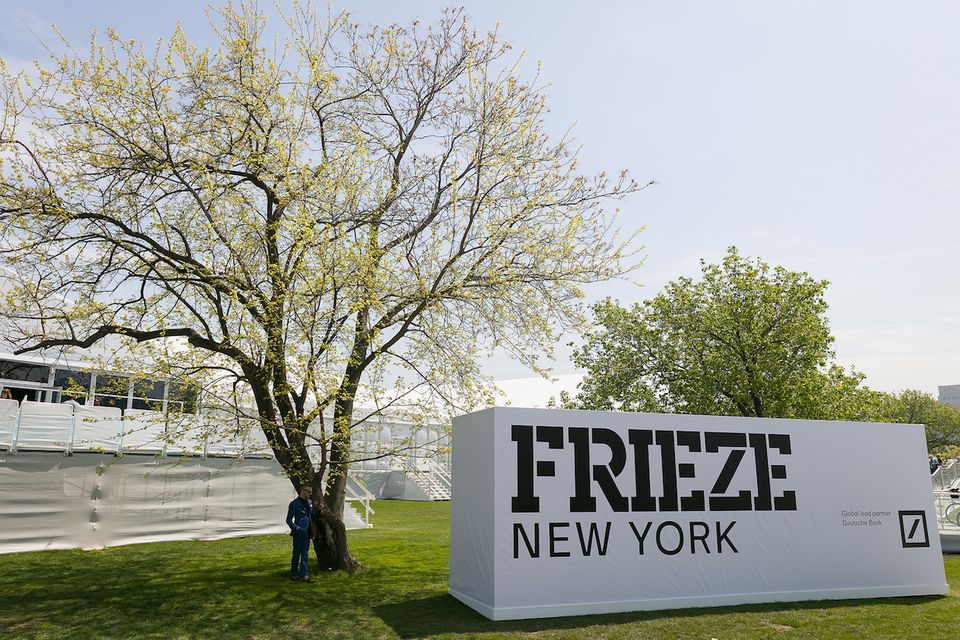 Frieze is offering more than 200 planned exhibitors a full refund for booth fees after cancelling the New York edition of the fair earlier in March due to coronavirus (Covid-19). Galleries will receive refunds in two payments scheduled in May and June. The fair also says it will refund any money paid in advance for booth construction and other deposits.

Additionally, Frieze will provide a free online sales platform to exhibitors. The platform follows Art Basel's online viewing rooms, launched after the cancellation of its March Hong Kong edition because of the virus, for which it offered exhibitors a 75% refund. Accessible on the Frieze website and via an app, the virtual viewing room feature had already been planned to debut alongside the New York fair, previously scheduled to open 7 May on Randall's Island.

“We hope that the refund and the Frieze Viewing Room will provide support for your business during this difficult and unprecedented time,” the fair’s organisers Victoria Siddall, Loring Randolph and Kristell Chadé say in an email sent to exhibitors seen by The Art Newspaper.

For many galleries that have been adversely affected by government-mandated lockdowns to slow the spread of Covid-19, the refund and sales opportunity will undoubtedly prove a small and welcome comfort.

"This is a meaningful gesture from Frieze that will relieve many galleries who are already contemplating diminished sales as fairs and exhibitions are cancelled or postponed," says Olivia Barrett of Chateau Shatto in Los Angeles, which had planned to show with the fair in May. "It feels like a sincere act of solidarity, putting the financial health of the many participants over that of their own organisation."

Yet Frieze notes that the crisis has also placed the fair group under some financial stress as well. “As you know, this is a very challenging time and we face similar issues to many galleries and other businesses. If your circumstances allow, we hope you will consider rolling over the second payment into Frieze New York 2021,” the exhibitor email reads. Dealers who select this option will “benefit from additional incentives”, which include locking in this year’s price-per-square-foot stand rate. The refunds can also be allocated toward costs for future editions of the fair to which dealers are accepted.

Frieze’s reimbursement plan comes just days after the Hollywood entertainment agency Endeavor—which owns a major stake in the fair group—announced layoffs of around 250 employees as its chief executives, Ari Emanuel and Patrick Whitesell forego their salaries due Covid-19-related corporate losses. A Frieze spokeswoman confirms, however, that the entertainment firm currently retains its investment in the fair.

"The support of artists and our cultural community at this time is crucial," says Chicago-based dealer and Frieze exhibitor Monique Meloche, adding that she is "very happy that Frieze has taken these unusual circumstances seriously".

Thaddaeus Ropac is the latest Western gallery to open in Seoul

Thaddaeus Ropac is the latest Western gallery to open in Seoul