Frieze announced the winners of its stand prizes on Thursday, 4 May. The jury— composed of Lacma’s Rita Gonzalez, Stefan Kalmár of London’s Institute of Contemporary Art, and Eva Respini of the Institute of Contemporary Art, Boston—to two New York galleries. Simone Subal Gallery won the prize for a gallery operating for fewer than 12 years for its solo presentation of works by the Austrian-born artist Kiki Kogelnik. And PPOW, showing in the main sector, was recognised for a group presentation of artists tied to the 1980s downtown New York scene. 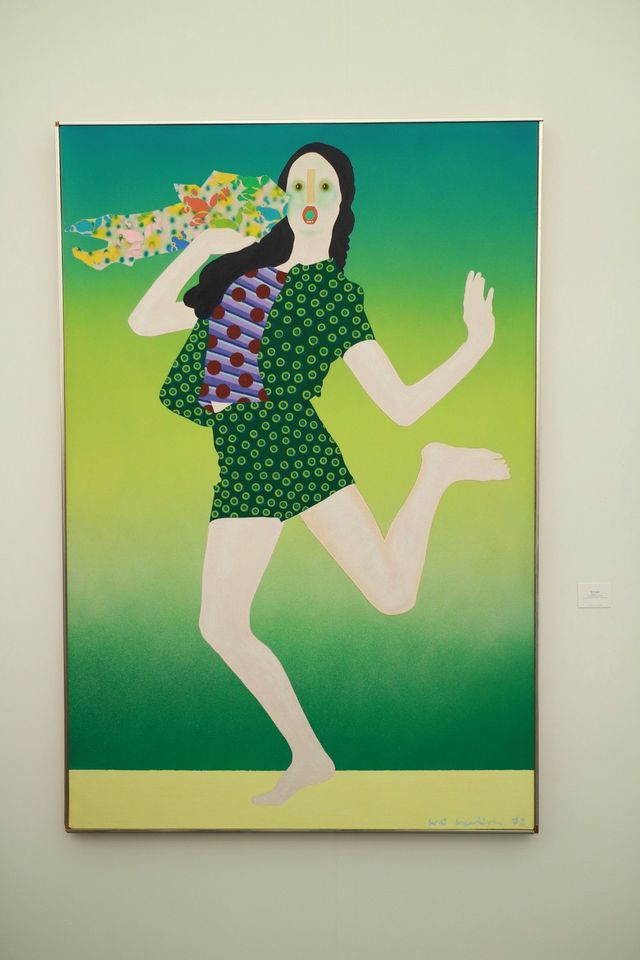 Kogelnik, who died in 1997, incorporated fiberglass and found objects like her Pop artists friend Claes Oldenberg and Roy Lichtenstein, but plied a decidedly more feminist agenda, foregrounding women’s bodies in a jarring palette. “Younger artists, particularly female artists, are so responsive to the work”, Subal says. “The issues that were key in the 1960s remain relevant now.” The Bowery dealer, who has represented Kogelnik’s estate for the past five years, reported interest from and sales to institutions.

Wendy Olsoff, the cofounder of PPOW, says the inspiration for her presentation of works (both historical and contemporary) by Charlie Ahearn, Chris Daze Ellis, Anton van Dalen, David Wojnarowicz, and Martin Wong was a “disappearing New York”. All five artists were active in the East Village and Lower East Side when pioneering galleries like PPOW and Civilian Warfare began cropping up—Wojnarowicz’s triptych Peter Hujar Dreaming (1982) hung over the latter’s storefront. At Frieze, it hangs above The Pigeon Car, a coop complete with live birds in the shape of a station wagon that van Dalen built in 1987 for a show at Exit Art—both a reflection of his pigeon-keeping hobby, which brought him in touch with a melting pot of fellow immigrants, as well as a commentary on their treatment in the US. More recently, his painting Bird Walker of Chinatown (2012-13) nods to the area’s still-changing demographic with a silhouetted figure in Ugg-like boots traipsing up the street. Displayed along with paintings documenting street culture by Ahearn, Daze, Wong, the works speak to an era when art was defined by practice, not product.