How Germany’s 4,000-year-old answer to Stonehenge shows that Brexit is 'nonsense'

Pömmelte, sacred site that was used by the ancient Unetice culture, is opening up to tourists 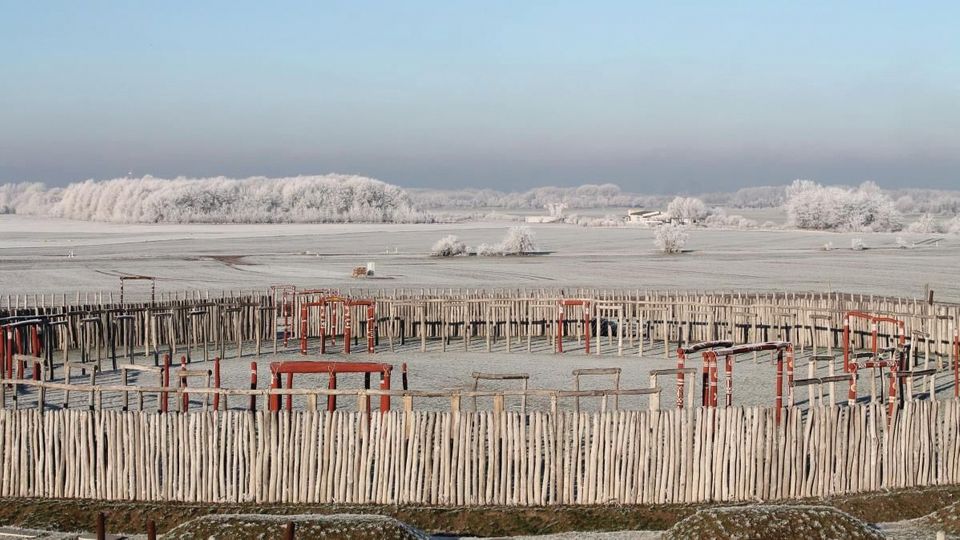 Pömmelte is around the same size as Stonehenge and excavations have uncovered stone axes, pottery and methods of burial that are similar © Stephan Knopf

Dubbed “Germany’s Stonehenge,” Pömmelte is a circular sanctuary created more than 4,000 years ago. It was used by a culture that had vanished from human memory but is now—slowly—gaining ground in the public consciousness, thanks to an ever-expanding store of archaeological knowledge and a regional campaign to put the site on the tourist map.

Since excavations began at the site in north-eastern Germany in 2005, this late Stone Age cathedral has supplied more pieces of the puzzle, helping to build a picture of the dawn of the Unetice culture, sometimes described as Europe’s first “state”. This culture sustained extensive trade links and a rigid hierarchy, and showed a sophisticated understanding of the connections between the night sky and the seasons. It disappeared around 1600BC.

Unlike Stonehenge, Pömmelte was made of thousands of pieces of wood, rather than stone, and not much visible has survived. But a reconstruction of the site with carved and painted wooden posts was completed in 2016. Visitor numbers climbed to around 33,000 last year, a figure that Gunnar Schellenberger, a state secretary in the Saxony-Anhalt Culture Ministry, says has “considerable potential to grow”. In May the state announced plans to develop the tourist infrastructure with an adjacent building offering virtual reality reconstructions, a café and toilets. Signs have been recently installed on the nearby autobahn to guide visitors to the site.

The key to unlocking the door to the Unetice realm in Germany was the discovery of the Nebra Sky Disc, the oldest surviving representation of the cosmos. The disc was illegally excavated from a hill around 100km south of Pömmelte and recovered in 2002 for the Landesmuseum für Vorgeschichte (State Museum for Prehistory) in Halle. It is the subject of an exhibition due to open in Halle in 2021 and travel on to the British Museum, called The World of the Nebra Sky Disc—New Horizons.

With rich soil and plenty of rainfall, the region south of Magdeburg surrounding the eastern Harz Mountains became a melting pot in the late Stone Age. The arrival of new groups from the steppes with horses, wheels and carts heralded the dawn of a new era and the emergence of the Unetice culture. The Nebra Sky Disc, which was buried around 1600BC, offers evidence of this culture’s technical prowess with metal and its far-reaching connections: the bronze and gold in the disc originate from Cornwall, in south-west England.

“There are striking analogies between the monuments,” he says. “It seems too coincidental that the idea of creating these multiple-circle circuits should be current in both regions simultaneously.” The stone axes, pottery and the methods of human burial are also similar.

“It suggests a generalised shared knowledge,” Pollard says. “It was already known that in the early Bronze Age there was a flow of metals. What was not appreciated was the flow of ideas that was happening even earlier. It suddenly seems a much more connected world.” 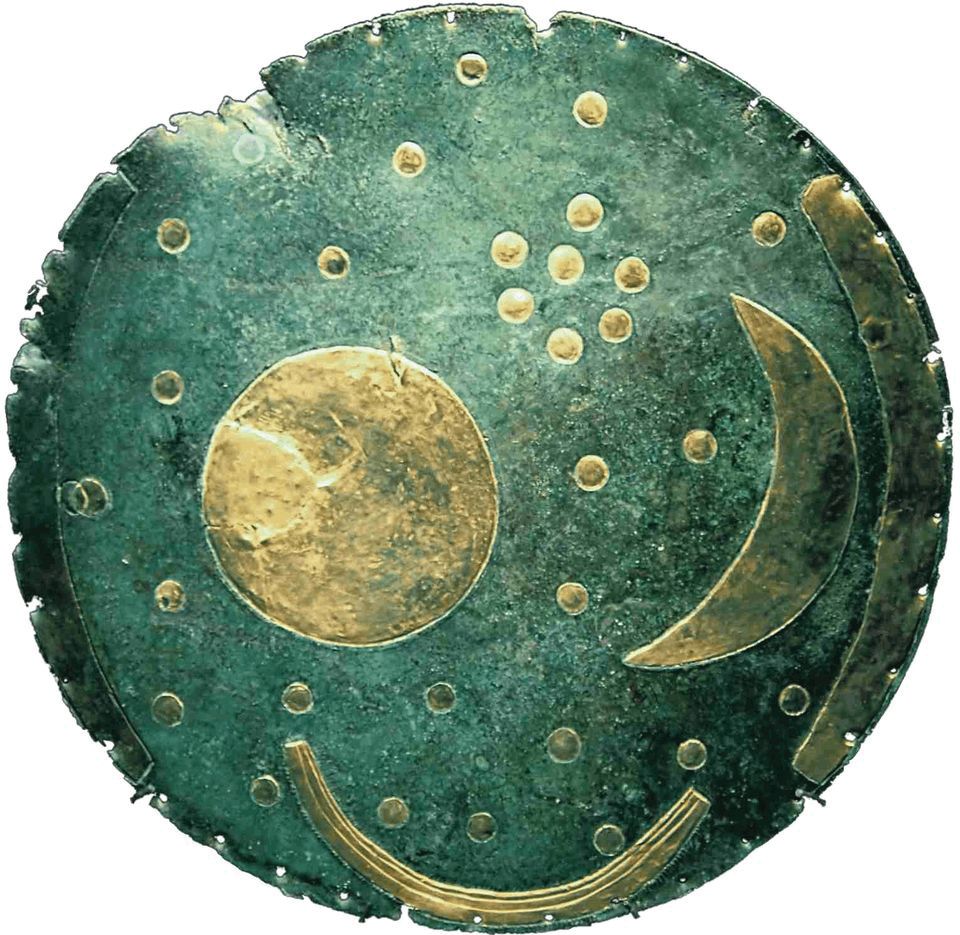 The Nebra Sky Disc, discovered in the same region, features gold and bronze from England

Excavations over the past two years have extended to the area around the Pömmelte sanctuary. A joint team from the Martin Luther Universität in Halle and Southampton University are unearthing remnants of Neolithic houses built by the Beaker Culture and subsequent early Bronze-Age long houses constructed by the Unetice culture between 2200BC and 1600BC. “We have found about 50 houses so far and we keep discovering more,” says Konstanze Geppert, an archaeologist in the Halle team. “It is the largest settlement of that era discovered in central Germany.”

This discovery sets it apart from Stonehenge, where there is no settlement, Pollard says. “It’s quite unusual to have a burial area next to a settlement,” he explains. “It begs the question of who was living there. Was it a normal settlement? Or were these structures to congregate and take part in ceremonies?”

The team is hoping this year’s excavations will reveal more clues to the former residents of the houses. They are also planning to excavate Schönebeck, a site around 1,200m away that may have superseded Pömmelte as place of ritual and ceremony in the early Bronze Age. The archaeologists believe it is possible that a sacral way joined the two sites.

The discoveries also shed new light on early Bronze-Age Britain. “We had viewed the Bronze-Age British Isles as insular,” Pollard says. “But now there is evidence of long-distance human mobility.” The Amesbury Archer, a Bronze-Age man whose grave was discovered near Stonehenge, for instance, probably started life in the Rhineland, he says.

For Schellenberger, all this shows that Brexit is “nonsense.” “We have the same heritage, the same DNA,” he says. “We can prove it.”