Latest allocations include $32.8m from the National Endowment for the Humanities and $47.1m from New York’s Department of Cultural Affairs 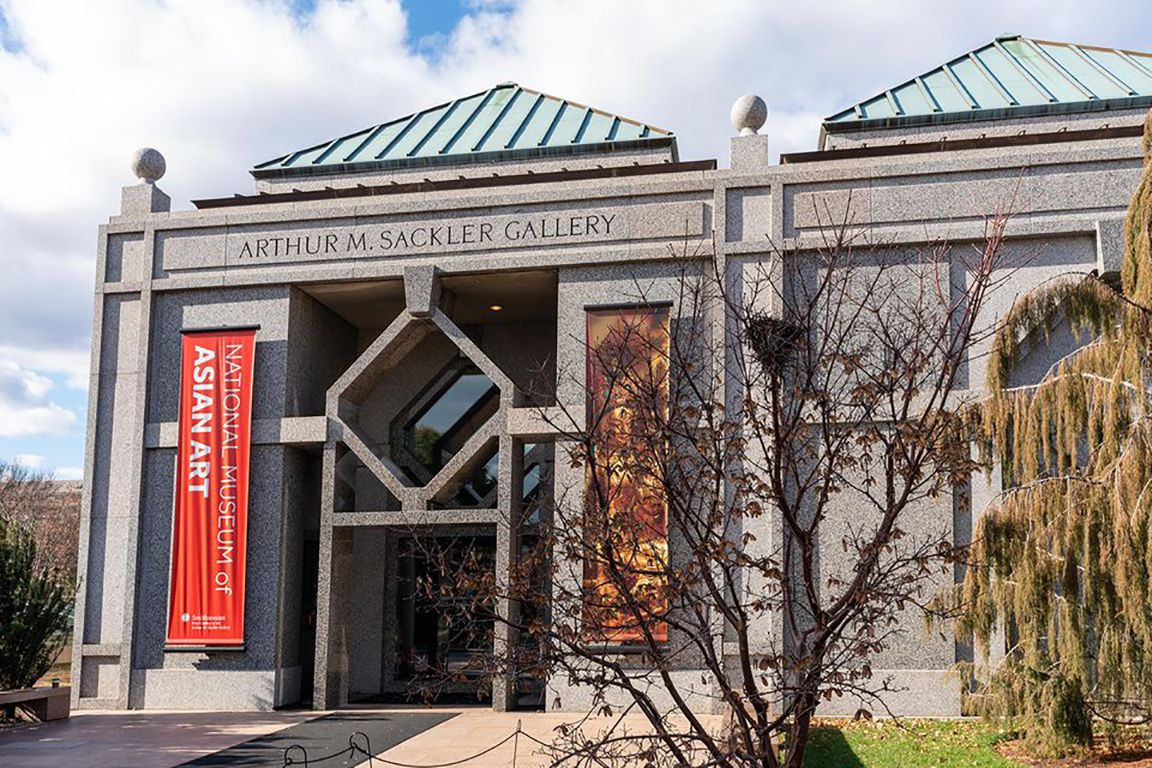 The Smithsonian's National Museum of Asian Art, comprising the Freer Gallery of Art and Arthur M. Sackler Gallery, has been allotted a $2.5m grant From Lilly Endowment Inc. to support a portfolio of projects that highlight the intersection of Asian art and religious diversity Freer and Sackler staff

As cultural and academic institutions across the US struggle to make ends meet in a dispiriting Covid-19 landscape, a phalanx of grant-makers at federal and city agencies and nonprofit foundations are stepping up to assist them in both stopgap and transformative ways.

Today the National Endowment for the Humanities (NEH) announced $32.8m in grants to support 213 humanities projects in 44 states, the District of Columbia and Puerto Rico. Among them are a partnership between the University of Hawaii, Honolulu, and the American Council of the Blind and Helen Keller National Center to develop best practices for creating audio descriptions of humanities collections for blind, visually impaired and deaf-blind users; a Utah Community Preservation Program to help Utah institutions in collections preservation and stewardship; and an effort to support training opportunities related to the curation of Indigenous heritage materials through the University of Wisconsin.

Other NEH grants, leveraging federal funds to spur private investment in cultural institutions, will support such projects as the construction of public programme space at the Korean Cultural Center of Chicago; the creation of a Yoknapatawpha Humanities Center in Oxford, Mississippi; accessibility and site improvements at the Harriet Beecher Stowe Center in Hartford, Connecticut; and digital upgrades to a “Freedom on the Move” database of fugitive slave advertisements from 18th- and 19th-century US newspapers at Cornell University.

The New York City Department of Cultural Affairs meanwhile announced its latest round of grants, amounting to $47.1m for 1,032 local cultural nonprofit organisations. Among the biggest beneficiaries are the Museum of Chinese in America, which has struggled to recover from a fire in its archives; the Apollo Theater; Jazz at Lincoln Center; the Metropolitan Opera and the New York Philharmonic, which will each receive more than $100,000.

But the grant programme also seeks to steer funds towards organisations serving communities made up of Black, Indigenous and people of colour, which have been hit hard by the pandemic, as well as those providing arts education. The city’s cultural groups and workers have been reeling from the health crisis, suffering lost revenue and layoffs linked to closures and drastically diminished audiences.

“We can't address the enormous challenges that lie ahead alone, but we've focused on providing long-term stability to the smaller organisations that are most vulnerable to the impacts of Covid-19,” says Gonzalo Casals, the city’s cultural affairs commissioner. “Our cultural community has shown us just how integral it is to the health of our city over these difficult months, and we are committed to collaborating with and supporting this community as we work toward long term renewal and recovery.”

In addition, the Lilly Endowment of Indianapolis has announced over $43m in grants to museums and other cultural institutions across the US to develop exhibitions and education programmes that help visitors accurately understand religious practices, including those that are not necessarily their own.

The 18 grants, which mostly range from $500,000 to $2.5m, include stipends for the Smithsonian Institution’s National Museum of Asian Art (made up of the Freer Gallery of Art and Arthur M. Sackler Gallery) in Washington, DC, which will organise a series of exhibitions that help visitors understand the diversity of pre-modern and contemporary Muslim, Buddhist, Zen and Hindu traditions; the Field Museum of Natural History in Chicago, which will develop a show that explores universal experiences of mortality and religious practices responding to death; the National WWI Museum and Memorial in Kansas City, Missouri, which will establish a curatorial position on faith and religion and bolster public programming on religion in a time of war; and the Museum of Fine Arts, Boston, which will create a curatorial position devoted to Islamic art.

This week the Andrew W. Mellon Foundation announced a second round of its Covid-19 grants to arts and cultural institutions, noting that many are at risk of permanent closures. The 14 recipients of this combined $3m in aid are described as smaller institutions with strong commitments to their local communities and social justice.

The previous tranche of aid from the foundation’s so-called Art Museum Futures Fund disbursed nearly $24m to 12 midsFe organisations. The new recipients include such institutions as the Art Museum and Visual Arts Program at the National Hispanic Cultural Center in Albuquerque, New Mexico, the California African American Museum is Los Angeles, the El Paso Museum of Art in Texas and the Leslie-Lohman Museum of Art in New York.

Earlier this month, the Mellon teamed with the William Penn Foundation to announce $8m in emergency aid to 37 Philadelphia cultural organisations whose operations have been upended by the pandemic. The grants, ranging from $50,000 to $400,000, provide for 12 months of funding to entities ranging from the Barnes Foundation ($400,000) to the Center for Emerging Visual Artists ($100,000) to the African American Museum in Philadelphia ($200,000).

A multitude of other initiatives are also unfolding, some of them geared to artists rather than cultural organisations, like New York-based Creative Capital's $1.75m in grants to artists, 76% of whom are people of colour.