No.9 Cork Street will launch in October, to be hired out to galleries for pop-up exhibitions and used for Frieze talks and events year round 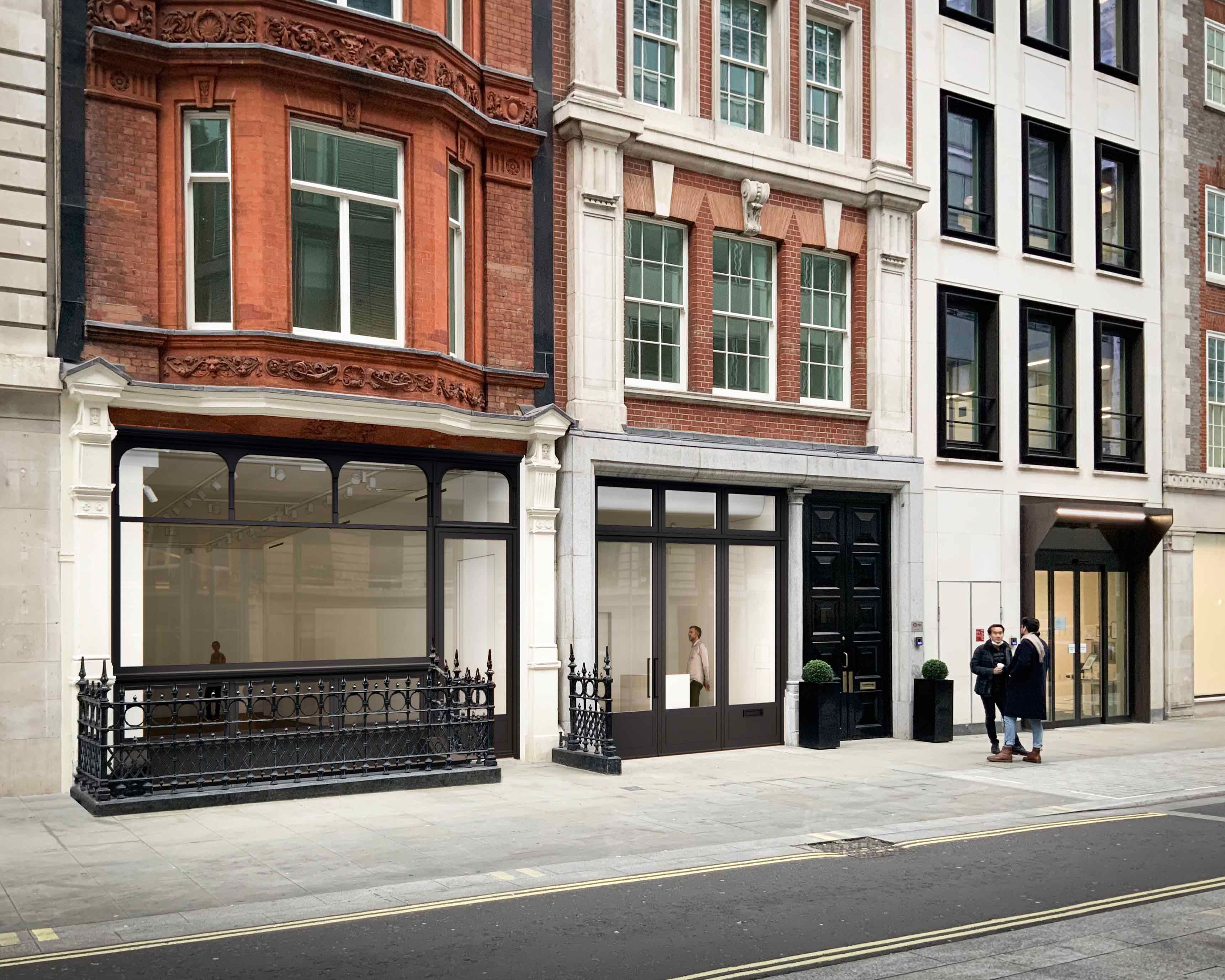 Frieze has revealed its plans for its first ever gallery, No.9 Cork Street in Mayfair, London, which will open in early October, hosting talks and providing hire space for gallery exhibitions.

Along with Frieze's recently announced membership scheme, the gallery will provide an alternative revenue stream at a time when the fair organiser and publishing company has not been able to hold physical events due to the pandemic for nearly a year.

The gallery, designed by the architecture studio Matheson Whiteley and developed in partnership with The Pollen Estate, will be housed in two converted townhouses with 600 sq. m. of space across three floors.

In a statement, Frieze says: "The new space will provide a flexible and collaborative environment for the world’s leading galleries to connect with London audiences year-round. With each exhibition lasting approximately four weeks, opening times will be coordinated across participating galleries to encourage collaboration across participants." Applications have just opened and galleries are invited to submit exhibition proposals in much the same way as they would normally apply for a Frieze fair. You do not have to be a Frieze exhibitor to apply, but those who are will be prioritised.

It's not exactly cheap, but perhaps cheaper than doing a fair. Hire costs vary throughout the year, rising for London high seasons such as October, and range from £55,500 for gallery one and viewing room one for the four-and-a-half-week slot from 4 October to 3 November down to £29,200 for the smaller gallery and viewing room two for the low seasons of November through to May.

There is a 40% price reduction on gallery two and viewing room two for younger galleries, defined as "those that recently participated in the Frame or Focus sections of Frieze London, Frieze New York or Frieze Los Angeles; or galleries founded in or after 2006 with a programme focussing primarily on emerging artists."

Hire includes a "fully equipped gallery space, a private viewing room and a range of digital and social media services" and the event space is also available to "host artist talks, screenings and receptions" for an additional fee.

Eva Langret, the artistic director of Frieze London, says the idea to take on a gallery space came "after some time of not doing fairs [due to the pandemic] and really thinking about what else we can do to continue to support our community of galleries and think about what makes the fair special and what we can continue to do to stretch that model."

Langret says: "Around the time Frieze London was cancelled [last October], we had many galleries [based outside London] asking us if we had access to gallery space around London and more conversations with galleries who were telling me they were doing pop-ups elsewhere, in order to maintain their presence in foreign cities. So it felt like a good time for us to do something like that."

The fact that the gallery will offer a physical manifestation of the brand, at a time when it cannot hold its fairs, was "very much" important, Langret says, and it "means that we will be doing more events and programming year round. We have all this content but we don't necessarily have a base for it."

Would Frieze have done this if the pandemic hadn't happened? "Probably yes," Langret says. "It was part of the conversation when I started [last year]. Then when the pandemic hit we speeded up a bit but it was going to happen for sure." Running the space, for now, will be a "team effort" but Frieze is also looking at "hiring a dedicated team, so that's also on the cards," she says.

No.9 Cork Street's first season will run from early October 2021 to June 2022 (seven exhibition slots), and a selection committee will be announced in due course.