How to make museums more accessible for disabled people? Ask them

Research groups have designed new technologies and initiatives for the V&A, Kunsthistorisches Museum and Thyssen-Bornemisza 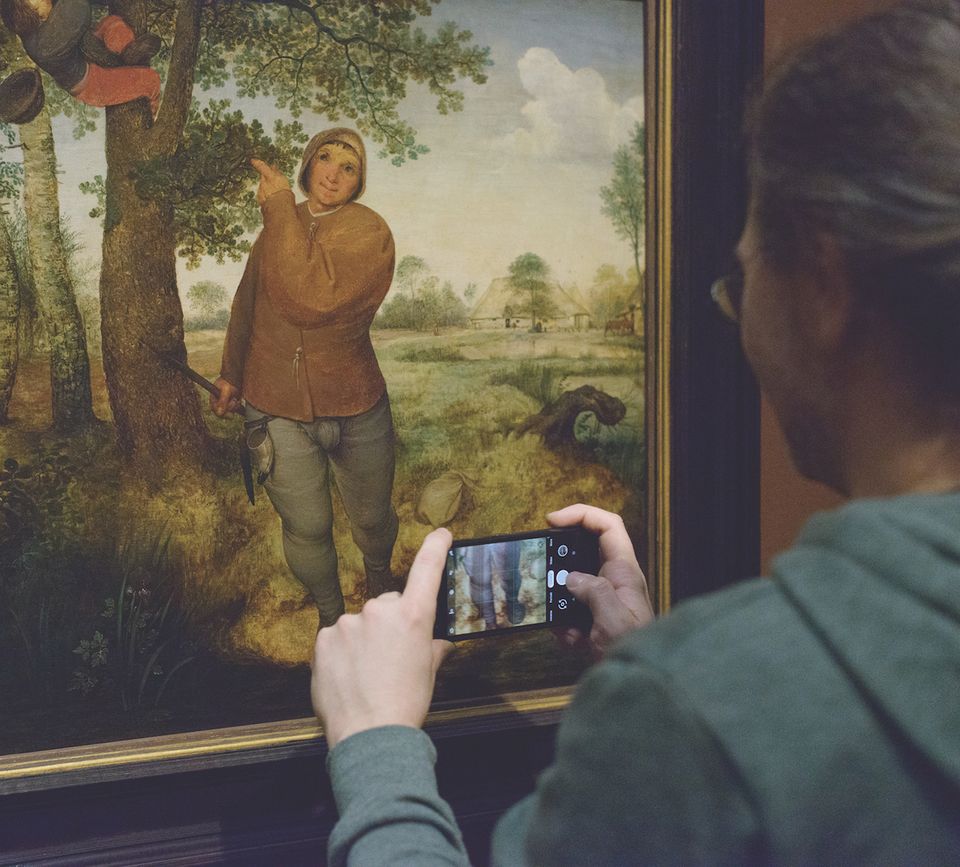 Museums can be hostile places for disabled visitors, with buildings that are hard to navigate by wheelchair and exhibits presented with few concessions to those with sensory or cognitive impairments. But a handful of European institutions have conducted access studies that promise to transform this dispiriting experience, drawing on expert advice from participants with diverse lived experiences of disability.

Through Arches, a three-year European Union-funded research project, more than 200 disabled people have helped design digital technologies to guide visitors with different access needs around the collections of six participating museums. These are the Wallace Collection and Victoria and Albert Museum in London, the Kunsthistorisches Museum in Vienna, the Thyssen-Bornemisza and Lázaro Galdiano museums in Madrid and the Museo de Bellas Artes de Asturias in Oviedo, northwest Spain. Four technology companies, the Open University and the University of Bath rounded out the project team.

A conference at the Thyssen-Bornemisza last month presented the results: multimedia tactile reliefs of works such as Pieter Bruegel the Elder’s The Peasant and the Nest Robber (1568), forthcoming iOS and Android apps that chart routes through the museum galleries, and a game that invites users to create their own collages from collection highlights. All come with customisable access settings, including sign-language videos, audio descriptions and easy-read texts, prototyped and tested by participants with a mix of visual and hearing impairments, and learning difficulties.

Other initiatives reflected the interests of the individual research groups, such as tactile maps now available at the Kunsthistorisches Museum, free life-drawing classes for blind and partially sighted people at the Wallace Collection and orientation videos of the Madrid museums that will be published on their websites.

The project’s “emancipatory” approach—avoiding assumptions about disability categories and handing control to participants—is itself noteworthy. Maria, a blind participant from Oviedo, said at the conference that Arches was “not just a survey”, but an opportunity to make a difference, introducing digital resources previously unavailable at a traditional regional museum. Souad, who is hard of hearing, said that most members of her London group had been unfamiliar with museums, and their experience was enhanced just as much by disability-aware staff as by new technology.

The Arches co-ordinators have published a handbook and organised a series of workshops to share best practices with museum professionals interested in pursuing similar initiatives. After events in Slovenia, Croatia, Italy and France, a final workshop is scheduled in Bonn on 10 December.

The shortcomings of museum accessibility hit the headlines this summer, when Ciara O’Connor, a wheelchair user, complained on Twitter after being told by a gallery attendant in Tate Modern’s Olafur Eliasson exhibition to “go around the side” of a mirrored tunnel installation accessed only by steps. The Tate later apologised that the work was “structurally too narrow to be made safe for wheelchair use”.

Museums perpetuate “routine discrimination” by consistently offering disabled visitors “lesser experiences”, says Richard Sandell, co-director of the Research Centre for Museums and Galleries at the University of Leicester. Despite anti-discrimination laws that require public buildings to be physically accessible, he sees a “gap between minimum compliance and the ambition that is only realised when you involve [disabled] people” in architectural and curatorial planning.

Such “deep engagement” is time-consuming, but it “saves museums a lot of money in making mistakes that need rectifying”, says Tony Heaton, a sculptor and wheelchair user who chairs the disability-led charity Shape Arts.

Sandell and Heaton advised on a new gallery at London’s Wellcome Collection, Being Human, which they describe as a standard-bearer in inclusive exhibition design. In an “ongoing process of consultation”, feedback was sought from deaf, disabled and neurodiverse people during the gallery’s development and after it opened, a spokeswoman says. The Wellcome’s inclusive design guidelines will be published online this month as “a way of exchanging knowledge with our colleagues in the sector”, she adds.

“New experiences, exhibitions and programmes need to be done with and not for disabled people,” Sandell says. “It’s not rocket science, but it does require organisational commitment.”