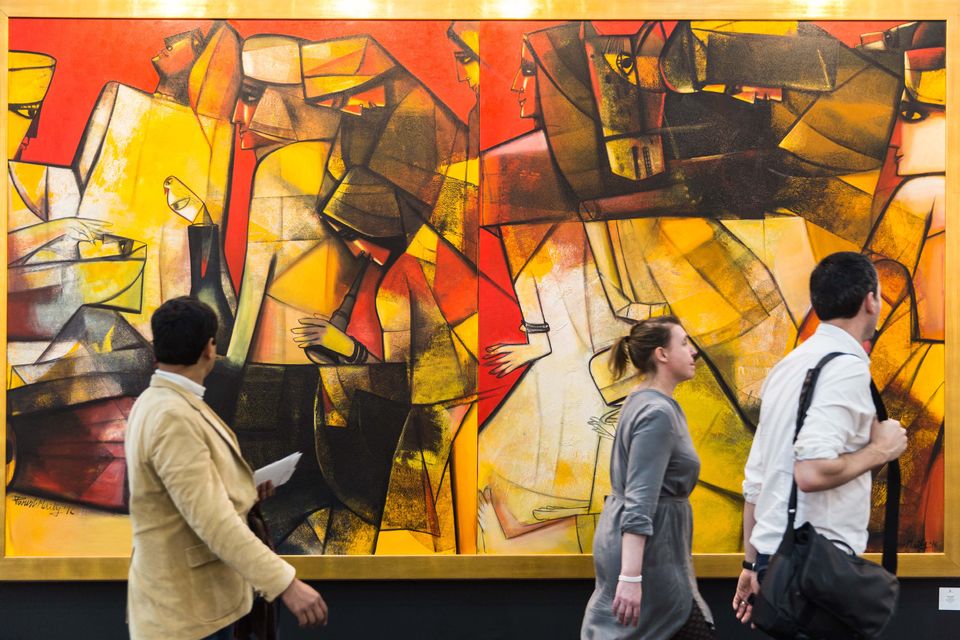 The entrance to Delhi’s NSIC exhibition grounds is not for the faint-hearted—an incessant clamour of horns as cars fight to turn across a gridlocked highway while street vendors and dogs weave between them. Basel this is not. Welcome to the India Art Fair (IAF, until 12 February), whose nationalistic spirit has this year been revived by a Brit. New director Jagdip Jagpal insists that the fair will “never go below 70% Indian galleries for as long as I am director. We don’t want to be Art Basel, we want to be the India Art Fair.”

People come to IAF to see South Asian art, Jagpal says: “Why would someone want to come all the way to India just to see the same art and galleries they see everywhere else?” She also wants the few non-Indian exhibitors to “respect the local audience by bringing new works, not those that have not sold elsewhere”—although she makes an exception for Modern works. The fair, in its tenth year—and its second after MCH Group, parent company of Art Basel, acquired a majority stake—has a newfound slickness. Organisers have edited out some of the weaker galleries, although towards the back of each tent the standard dips—still too many kitschy and derivative paintings.

Jagpal’s mission has been “to show the breadth of what is happening in Delhi” through an expanded cultural programme, alongside returning IAF to its roots: "without the Indian galleries and artists we don’t have a commercial proposition.” That said, she does not “want six galleries selling [S.H.] Razas and [M.F.] Husains. We want to offer variety. Galleries should be showing emerging artists, too, to support and grow them.” To mark its 25th anniversary, Delhi-based DAG Modern devoted its stand to an exhibition called Nine Gems: India’s National Treasure Artists, centered on a previously unseen plaster relief of panthers, Untitled (1940), by the leading Indian Modernist Amrita Sher-Gil. The display was drawn largely from DAG’s vast inventory of Modern South Asian works (the gallery has been an omnivorous buyer for years), bolstered by newly acquired works from overseas collections. Due to the artists’ protected status, none of the works will be allowed to leave India again, not even to be shown in DAG’s New York space—a circumstance that gallery president Kishore Singh says “restricts prices”. While India's art market is growing, according to ArtTactic's recent report, he says morale is still low: "The contemporary market detonated in 2008, and neither the galleries nor collectors have quite recovered from that shock." Growth is also held back, he says, by “a lack of education—you cannot have an art scene without knowledge. But I think we’re at a turning point.” He points to "serious" collectors under 40 who are now looking at Modern, rather than contemporary art.

Not every contemporary gallery is facing an upward climb, however. The nine-year-old Experimenter gallery from Kolkata had a strong start, selling 80% of its booth of work by emerging artists on the first preview day on Friday, including works to the M Woods private museum in Beijing and Delhi’s Kiran Nadar Museum of Art. The architectural works of Indian artist Rathin Barman proved particularly popular—a large painted steel and brass sculpture, Defunct Architectural Space (2018), sold to Delhi’s Devi Art Foundation. Three sets of nine works on paper also sold, including one to a US collector. Gallery director Priyanka Raja, who sits on the fair’s selection committee, says the work that the fair's previous director, Neha Kirpal, put in over recent years is now converting into raising standards. 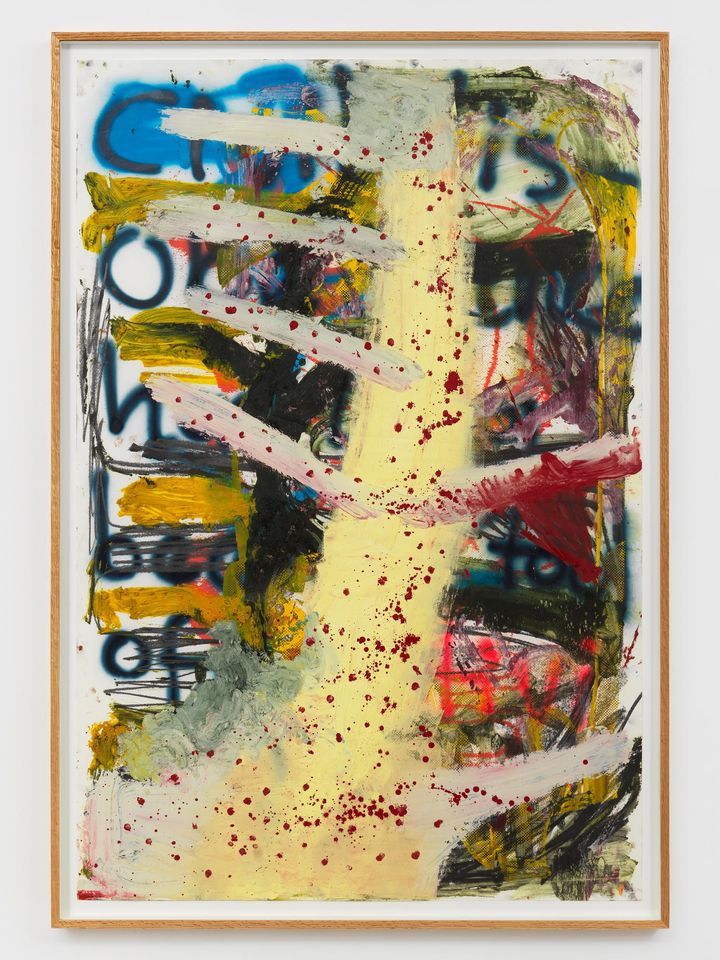 The Pakistani artist Imran Qureshi was also finding favour—Delhi gallery Nature Morte had sold one acrylic and gold leaf canvas, Untitled (2017) by the end of preview day (asking price $49,700) with two others (asking $55,900 and $84,000, respectively) on reserve in the fair’s Projects section, devoted to solo artist presentations. Qureshi’s 2013 roof garden commission at The Metropolitan Museum in New York helped boost his profile internationally, and he also had a solo show last year at Galerie Thaddeus Ropac in Salzburg.

One notable newcomer to IAF is London/Berlin gallery Blain Southern, which bought pieces priced between $8,000-$230,000, based around a “spine” of works by India-inspired works by Francesco Clemente (on which the gallery had most interest). “When exhibiting at a fair for the first time, your expectations are low, but I’m pleasantly surprised”, director Matt Carey-Williams says, although no sales had been confirmed by the end of the first preview. “The economy in India is exponentially different what it was a decade ago”, Carey-Williams says. “A lot of western galleries came out to explore before the 2008 crash, and barely any are still coming now. But this moment felt right for us. India is going through a transition.”

With its large Yayoi Kusama pumpkin stealing the eye at the front of one hall, the splashiest newcomer was David Zwirner, somewhat of a triton among minnows. On preview day rumours were circulating about whether or not Zwirner had been given the stand for free. The gallery neither confirmed nor denied, and Jagpal says: “We never comment on the financial relationship with galleries as a matter of principle. However, I can confirm that is factually inaccurate. It’s absolutely not true.” However, the quality of Zwirner's presentation certainly raises the bar for others, even if it does seem ambitious to bring works that top the $1m mark to this fair, for the moment.

By the end of the first preview day, the gallery had sold a Kusama painting from the Infinity Nets series, as well as an Oscar Murillo canvas to a collector from Mumbai. Works by Thomas Ruff, Yayoi Kusama and James Welling were also sold or reserved. The gallery would not reveal individual prices, but overall sold works ranged between $10,000 and $650,000. “With the Hong Kong gallery opening last month, India feels like an important place to be”, says Rodolphe von Hofmannsthal, a gallery director. Fellow director James Green adds: “We have made Indian connections outside of the country, so it’s a logical step to exhibit here. We’re thinking long-term about it—we’re not just here to take for a year or two.”