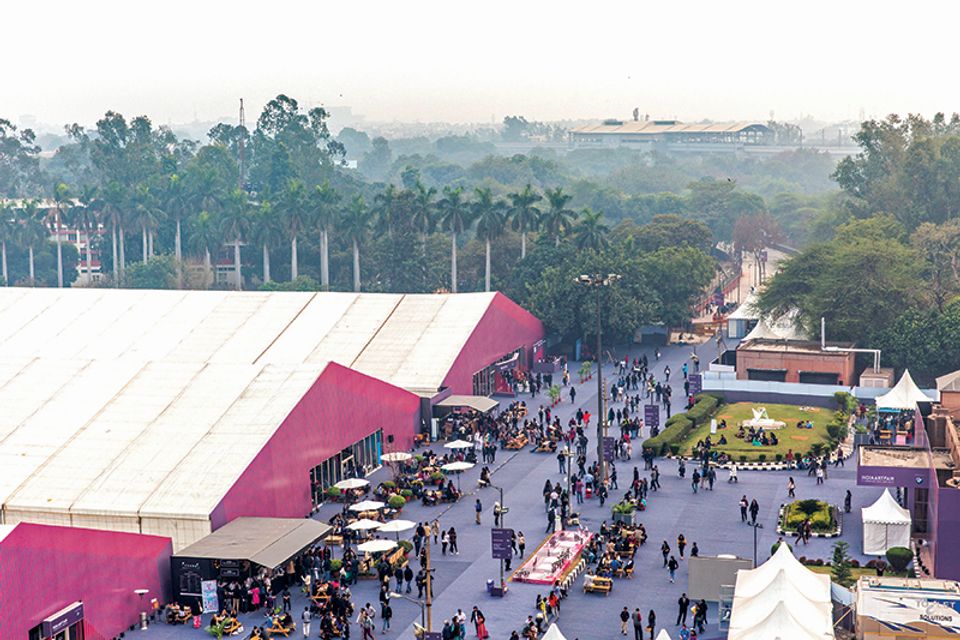 India Art Fair (IAF) has its tenth edition from 9 to 12 February, and with that milestone comes new scrutiny of the maturity of the region’s art market. South Asian art has made strides in the past decade, but this has been reported less widely than the more consistent growth in the Far East.

According to the market analysis firm ArtTactic’s South Asian Art Market Report 2018, which will be released at IAF, the regional market grew by 13% in the year to 2017; it was worth $223m last year, according to conservative estimates. ArtTactic finds that gallery sales were stronger than auctions in 2017, accounting for $104.5m ($81.1m of which came from Indian galleries), against $48.2m from Indian auction houses. Global auction sales of South Asian art accounted for the remainder.

The growth has spurred a glut of biennials (led by the Kochi-Muziris Biennale) and other events such as the fourth Dhaka Art Summit (2-10 February) in Bangladesh. As is often the case with emerging art scenes that lack government funding, private initiatives such as the Kiran Nadar Museum, launched in 2010 by the prominent Delhi collector, have been instrumental in establishing a fine art infrastructure in India. Another private venture that has played a critical role is the Foundation for Indian Contemporary Art (Fica), founded by the Vadehra Art Gallery in 2006, whose first director was the collector Radhika Chopra.

Despite India’s fast-growing economy, its art market remains largely local. In 2016, however, MCH Group bought a majority stake (60.3%) in IAF. It was the first regional art fair to be acquired by the Art Basel parent company, and the sale was a show of confidence. This year, Blain Southern and David Zwirner—which opened a gallery in Hong Kong in late January as part of an Asia-wide expansion—will exhibit at the fair for the first time, suggesting that blue-chip international galleries are starting to take India seriously.

Jagdip Jagpal, who is directing her first IAF, after working on the UK-South Asia collaboration New North and South, says: “This is an exciting time, when the scene feels grown-up enough to be serious but it’s still possible to make new discoveries.” But, she says: “There is still work to be done.”

Tough place to do business?

Slow customs procedures and red tape have deterred many overseas galleries from taking works into India.

Arvind Vijaymohan, the chief executive of the art advisory and data firm Artery India, says: “Historically, India hasn’t been the easiest market to navigate, primarily on account of poorly managed processes and administrative hurdles. This, however, is evolving and has cleared a fair distance.”

Other challenges, he says, have included “a general aversion for subjects like nudity, or representative of negativity, and an expectation of high discounts” among Indian collectors—but Vijaymohan thinks that these, too, are subsiding.

Further complicating matters are two reforms that have caused short-term pain but aim to put India’s economy on a stronger footing. First was the sobering effect of demonetisation in November 2016, when all 500- and 1,000-rupee notes were withdrawn to combat counterfeit cash and money laundering. A cautious atmosphere ensued, with reduced spending in galleries and an end, as intended, to the widespread practice of paying for works of art in cash to avoid having to declare them to the taxman.

Second, the Goods and Services Tax (GST) was introduced in July 2017 to create a uniform taxation system across India. Ashish Anand, the chief executive of the DAG gallery, which has branches in Delhi, Mumbai and New York, says that the GST is a “huge reform for the Indian economy, even though its immediate impact—and paperwork—for small- and medium-scale enterprises has been somewhat ruinous”.

Fortunately, art was not included in the same band as luxury goods, now subject to a 28% tax under the GST. The rate for sales of art has even dipped slightly, from 12.5% to 12%. But, according to Jagpal: “There is strong feeling in the arts community that more work could be done to lobby the government to reduce the rate further.”

Craftworks, by comparison, are levied at 4%; IAF is campaigning to have the tariff for art set at this level.

For all the incremental changes, Jagpal says: “It’s more important to look at India’s long-term view. The World Bank just released a report projecting growth in India’s economy of between 7.3% and 7.5% in the next two years—more than China.”