Is this painting to be sold in Madrid really a work by Velázquez?

Update: The painting Retrato de niña o Joven Inmaculada (Portrait of girl or Young Immaculate) made €8m when it was sold on 25 April at the Spanish auction house Abalarte in Madrid. The buyer remains anonymous, but the Spanish government has placed an export restriction on the work as a precautionary measure, so it must remain in the country for the time being. The work has been declared an object of "great cultural interest", sources in the culture ministry told El Mundo, "because in the absence of more complete technical studies, everything seems to indicate that it is a work attributable to Velázquez".

Billed as a potential early work by Velázquez, the 57cm x 44cm oil on canvas was discovered by chance by Richard de Willermin, a specialist in 17th- and 18th-century Italian, Flemish and Spanish art and a consultant for Abalarte. Specialists at Madrid’s Prado museum have examined the painting but have declined to comment publicly on whether it is an authentic work by Velázquez.

The auction house, however, is cautious and has not released an estimate ahead of the sale. The work is in good condition, having belonged to a private owner based in Madrid for some time and after being in the family for generations. It “depicts a young girl, who might be Velázquez’s sister”, De Willermin says, although little is known about the artist’s family. 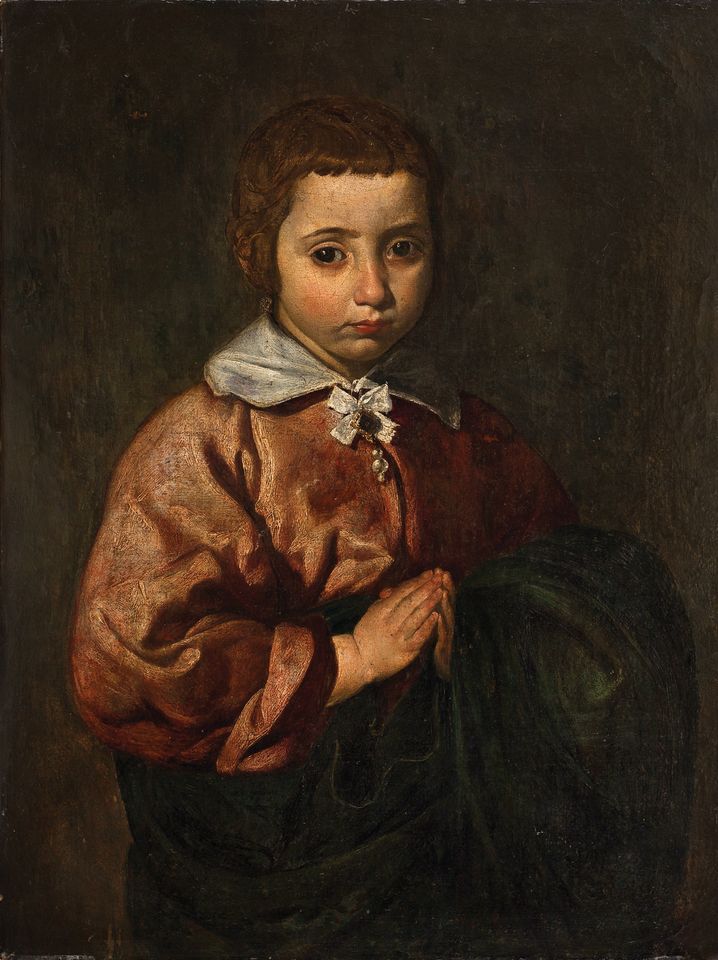 “It is evident that it is an authentic Velázquez”, De Willermin says, suggesting that it might be one of the artist’s earliest works, painted when he was still an apprentice. “He might have painted it in Seville around 1617, before the two canvases of the Immaculate Conception at the National Gallery in London (1618-19) and the Focus-Abengoa Foundation in Seville (1618-20), and The Adoration of the Magi (1619) in the Prado,” De Willermin says. “There is an unquestionable connection through the clothing and the technique. The girl stands with a crown of stars, as with the Immaculate Conception at the National Gallery”. An x-ray of the portrait has revealed that a crown of stars is hidden by overpaint.