The museum, due to open in April 2021, has acquired the 25-foot prop model for its permanent collection 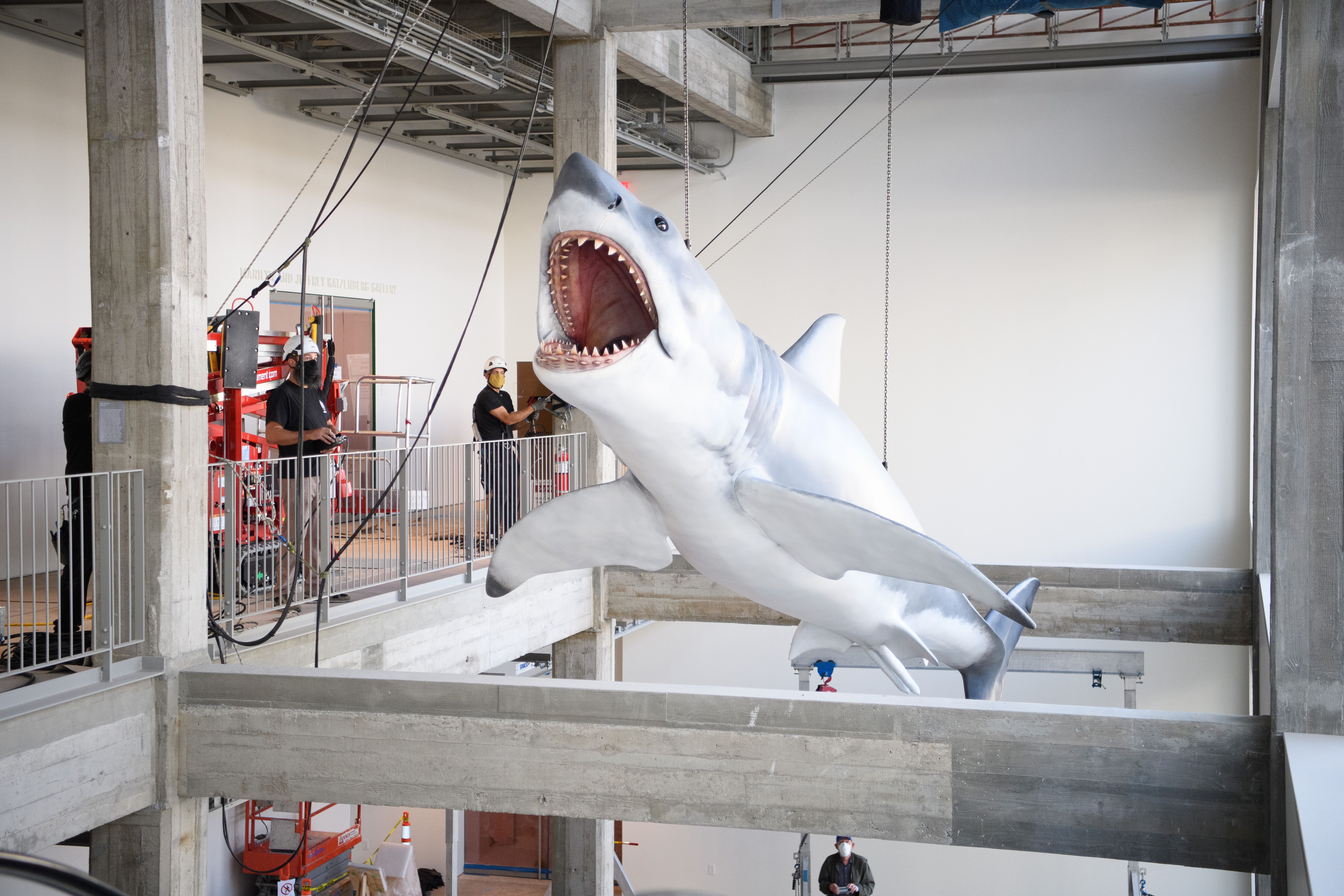 As it turns out, they did not need a bigger gallery. The Academy Museum of Motion Pictures, which is due to open in Los Angeles in April of 2021, has acquired and installed the largest object in its collection—the only existing shark prop model made from the original mould used for the 1975 Steven Spielberg thriller Jaws.

The 25-foot model of a great white—affectionately referred to as “Bruce the Shark”—was the fourth and final cast made from the original mould, and is the only one still in existence. It was created in 1975 as a photo prop for visitors at Universal Studios Hollywood, where it remained on view until 1990, and later wound up in a junkyard in Sun Valley, California. It was authenticated there by a special-effects crew member who worked on the original Jaws and in 2016 it was donated to the museum by Nathan Adlen, the junkyard’s owner.

“Bruce caught the eye of my father, Sam Adlen, at first glance back in 1990, and for many years he’s been like a member of the family,” said Nathan Adlen in a statement after donating the shark in 2016. “And the May Company building, where the museum is being created, feels like part of the family too, since I grew up in the Miracle Mile district and shopped with my parents at the May Company, where my wife even had a part-time job.”

The Academy Museum’s new home, located next door to the Los Angeles County Museum of Art, was originally meant to be an outpost of that institution called Lacma West. The building was leased by the Academy of Motion Picture Arts and Sciences in 2011 for its planned museum, and construction started on its rehabilitation in 2015. Two years later, it was renamed the Saban building in recognition of a $50m gift from Cheryl and Haim Saban. Workers had to remove multiple panels from the Academy Museum's glass wall to get the great white shark into the building Photo: Todd Wawrychuk/©Academy Museum Foundation Museum

Museum workers had to remove multiple panels from the building’s glass wall to get the great white shark into the building, where it now hangs suspended 30 feet above the museum’s third floor, visible to both museum-goers as well as pedestrians on Fairfax Avenue.

“It’s been a long journey for Bruce since he was acquired in 2016, and we couldn’t be happier to welcome him to his new home,” says Bill Kramer, the museum’s director and president, in a statement. “We look forward to our opening when museum visitors can engage with our exhibitions, experience our beautiful Renzo Piano-designed building, and come face to face with one of the most iconic characters in film history.”

The American Museum of Natural History’s famous blue whale could not be reached for comment about the shark’s arrival on the West Coast.