The jury applauded the Indian, Portuguese and Canadian galleries for presentations that were "bold" and showed "the spirit of risk" 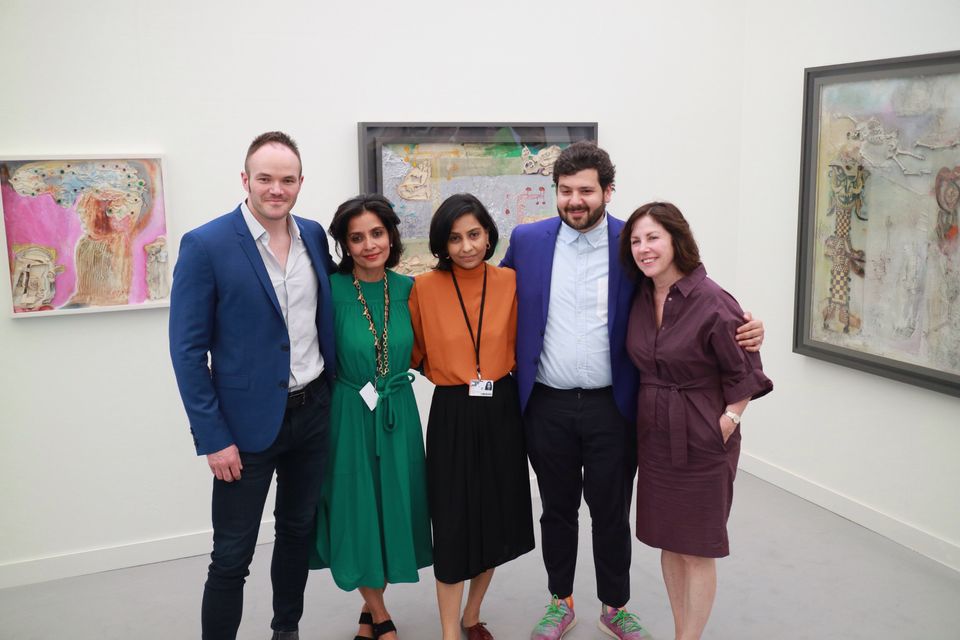 The Mumbai-based gallery Jhaveri Contemporary and Nuno Centeno from Porto, Portugal, have won the Frieze Stand Prize and Focus Prize respectively for their presentations at Frieze New York. Each gallery receives $7,500.

The decisions were made by a jury consisting of Christopher Bedford (director of the Baltimore Museum of Art), Omar Kholeif (senior curator and director of global initiatives at the Museum of Contemporary Art Chicago) and Suzanne Cotter (director of the Madam Luxembourg Musée d’Art Moderne Grand-Duc Jean).

Exhibiting in the fair's Spotlight section, which focuses on solo presentations of 20th-century artists, Jhaveri Contemporary is showing paintings and works on paper by the Indian artist Mohan Samant (1924-2004). Born in Bombay, Samant was a member of the Progressive Artists’ Group, alongside artists such as FN Souza and MF Husain, and later lived and worked New York where he died in 2004. According to a statement from Frieze: “The jury commended the spirit of risk taken by the gallery in its decision to present a historically important Indian artist not previously seen by a mainstream audience”.

Amrita Jhaveri, the director of Jhaveri Contemporary, says: “We took a complete gamble in showing Samant’s works, as he is little known internationally. We felt his work was contemporary enough for us to take on; we try to find Modern artists who relate to our contemporary programme.” The gallery is planning its first solo show of Samant’s work in October in Mumbai. The paintings exhibited at Frieze New York are priced between $40,000 and $135,000, while works on paper are around $20,000 each.

In the Focus section, which is reserved for galleries aged 12 years or younger, Nuno Centeno’s stand brings together works by Dan Rees, Adriano Amaral, Ana Cardoso, Adriano Costa and Gabriel Lima. Judges described the presentation as “bold" and "showcasing the work of artists with an interesting dialogue”, resulting in a “poised freshness”.

“I’m extremely proud because it’s a big effort and expense for galleries of my generation to be doing art fairs”, Nuno Centeno says. “I wanted to find a balance between figuration, gesture and abstraction, and also a feeling of human presence on the stand”, Centeno says of his choice of works.

The Frame prize, for emerging galleries, was awarded to Toronto’s Cooper Cole Gallery, who showed the work of Tau Lewis. Young and self-taught, the artist said to The Art Newspaper of her humanoid sculptural assemblages: “they are magical and unreal and unbelonging, and they help me work through collective and personal traumas.”

Also at the fair, the Brooklyn Museum bought Untitled (1978-80)—a large abstract painting by the US artist Ed Clark—from Weiss Berlin Gallery, which is showing in the Spotlight section. The acquisition was made with money from the bottled-water company LIFEWTR. The LIFEWTR Fund was launched at Frieze New York in 2017; the firm contributes $100,000 towards the purchase of works of art at the fair.