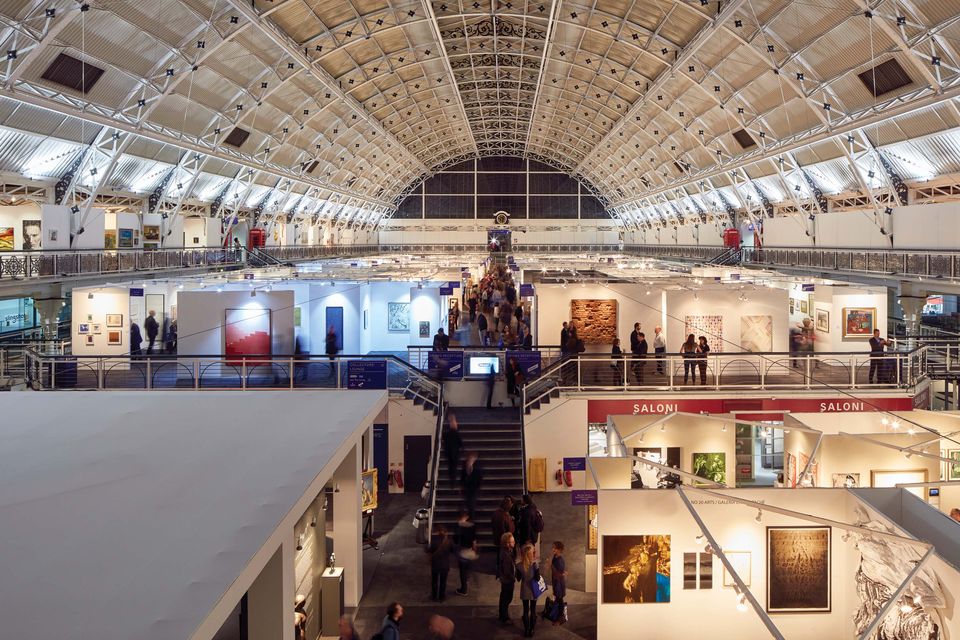 “This is still a fair largely for mid-market Modern British and European art and frankly, it’s remarkable it’s still here after three decades,” said an anonymous UK dealer at the launch of the 30th edition of the London Art Fair at the Business Design Centre in Islington (17-21 January).

The fair includes 131 galleries this year—the highest number of exhibitors to date—from countries such as the US, Greece, Germany, Thailand and Taiwan. The inaugural edition, in 1989 before the contemporary art market exploded, included 36 galleries.

Toby Clarke of London’s Vigo Gallery has participated in the last five editions. “This has always been a good way to meet new London-based collectors, who might not venture on to the international fair circuit but are open to collecting. Discussions can happen at a more relaxed speed, and there is not the assumption of prior knowledge,” Clarke says. He sold a 1995 work by the Scottish artist Duncan MacAskill, entitled CCTAG, at the VIP preview (16 January), priced at £12,000. Mark Carney, the governor of the Bank of England, was spotted perusing works on his stand on the opening night.

Grey Skipwith, the founder of the London-based Skipwiths gallery, thinks timing has helped London Art Fair remain a fixture. “There is no competition in the capital at this time of year; it’s the only fair in town,” he said. His stand, a joint presentation with the UK gallery Berwald London, focuses on contemporary Korean art. Notable sales include Hyojin Park’s vibrant sculpture Grace (2017) which was bought by a Paris-based collector for £4,300. “Most pieces on the stand are priced under £10,000,” Skipwith said, though a sculptural piece by Kwang Young Chun, Aggregation AP031, made from Korean mulberry paper is priced at £80,000. Talking-point stands include Waterhouse & Dodd who are showing a selection of works by David Bomberg, coinciding with a major retrospective of the late British artist’s works at Pallant House Gallery in Chichester (until 4 February). Ten works by Bomberg, all from a UK collection, are available, priced between £7,500 and £35,000. Early sales made by the gallery include Dorothy Mead’s Life Class Study (1958; £9,500) and a bronze sculpture by Denis Mitchell (Untitled, 1971; £11,000). “It has proved to be a malleable fair,” said Jamie Anderson, a director at Waterhouse & Dodd.

This year, the fair has again attempted to tap into topical trends through its Art Projects contemporary art section, which caters for emerging dealers, and the Photo50 exhibition, featuring works by David Birkin and Qiana Mestrich.

One section proving popular with visitors is Art of the Nation, a one-off loan exhibition organised by the digital platform Art UK, which has invited five artists to select works from its database (Art UK is the online home to every public collection in the UK). Oscar Murillo and Rose Wylie are among the five participants; Murillo’s selection includes a 1976 piece by the Sudanese artist, Ahmed Abdel-Aal, while Wylie’s eclectic round-up includes Night Moths (undated) by George Wallace Jardine.