Exhibition of 50 Greek, Roman and Persian artefacts is "first large-scale exhibition by a major Western museum in Iran" 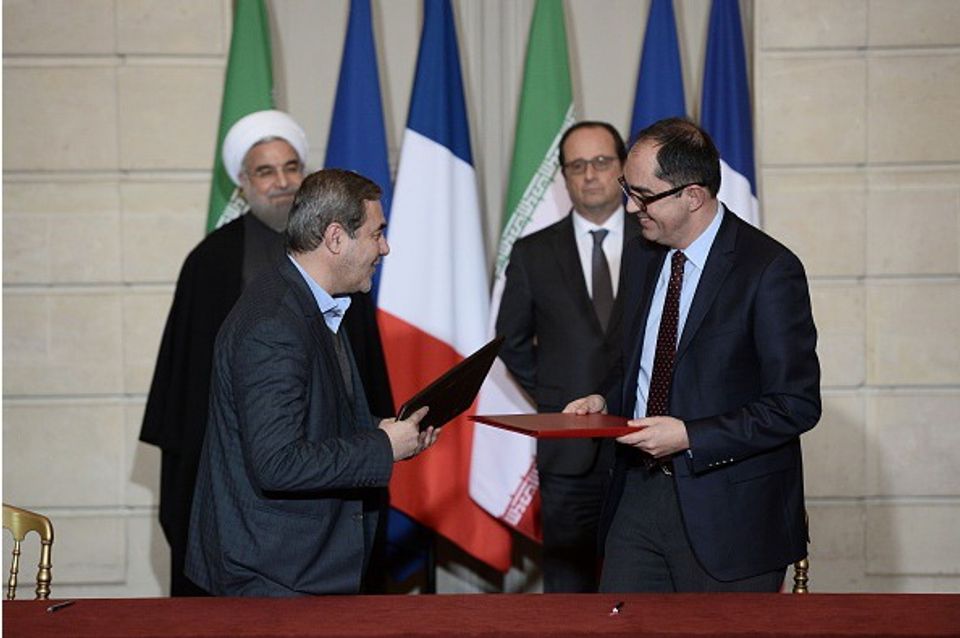 Namvar Motlagh, left, the Vice President of Iran's cultural heritage and tourism organisation, and the Jean-Luc Martinez, the director of the Louvre, signed a cultural cooperation agreement at the presidential palace, with Iranian President Hassan Rouhani on 28 January 2016 STEPHANE DE SAKUTIN/AFP/Getty Images

In a masterstroke of cultural diplomacy, the Louvre will launch a major exhibition next month at the National Museum of Iran in Tehran, comprising 50 works drawn from from its collection and the Musée Eugène Delacroix in Paris (The Louvre in Tehran, 5 March-3 June).

“The Louvre in Tehran is the first large-scale exhibition by a major Western museum in Iran and an outstanding cultural and diplomatic event for both countries,” a Louvre statement says. The exhibition—which includes Greek, Roman and Persian artefacts —charts the development of the Paris museum from its foundation in 1793 until today. The show is sponsored by the Renault group and the oil and gas conglomerate Fondation Total.

The move follows a visit to France by the Iranian president Hassan Rouhani in early 2016 when a memorandum of understanding was signed between Iran's Cultural Heritage, Handicrafts and Tourism Organisation—the government institution responsible for Iran’s museums and cultural heritage—and Louvre officials.

The agreement laid out a framework for cooperation up to 2019, including plans for exchanges of exhibitions, publications, scientific visits and training sessions, as well as archeological digs. Louvre-Lens, the museum’s satellite venue in northern France, is hosting the exhibition The Rose Empire: Masterpieces of Persian art from the 19th century (28 March-22 July) in return. The show is “devoted to the sumptuous art of the dazzling Qajar dynasty which ruled Iran from 1786 to 1925”, the organisers say.

The Iran-France rapprochement marks a notable turnaround from 2011 when the Iranian government cut ties with the Louvre. Hamid Baghai, the former vice president of Iran, accused the French museum of reneging on a promise to send part of its Persian collection for display in Tehran. Louvre officials told The Independent newspaper that they had never signed a “precise agreement”.

Meanwhile, the first major temporary show at Louvre’s other Middle Eastern hub, the Louvre Abu Dhabi, also outlines the history of the Paris museum (From One Louvre to Another, until 7 April). More than 150 works selected by the LouvreAbuDhabi, telling the story of the original mega-museum before it branched out to the United Arab Emirates.