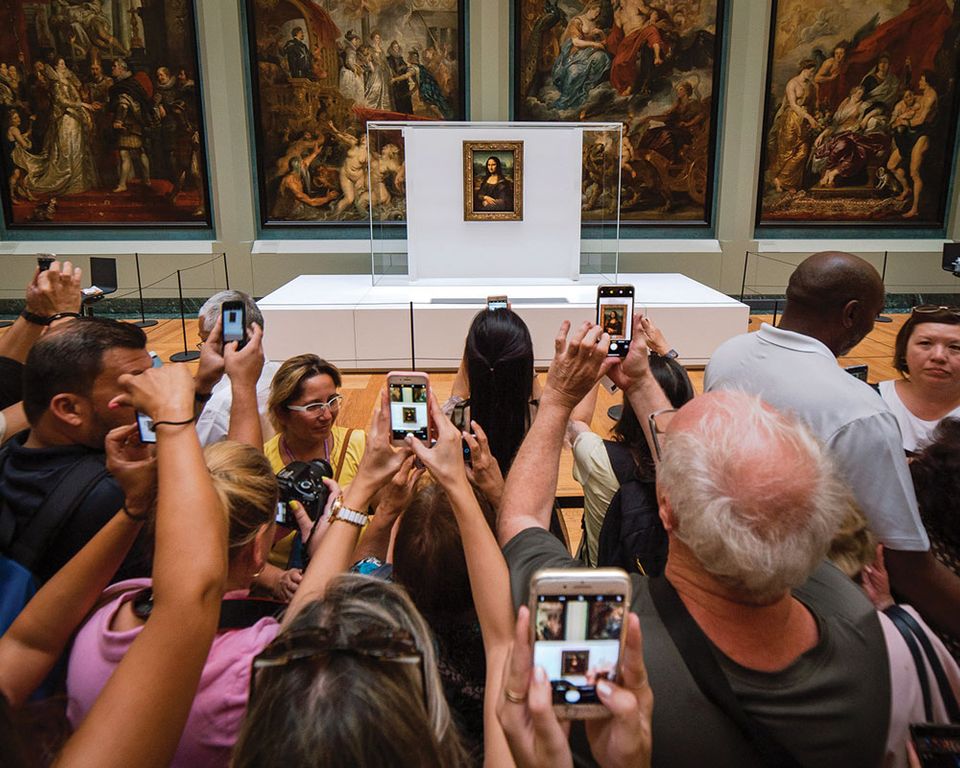 Snap scrap: visitors besieging the Mona Lisa, which was moved from its usual gallery in July Photo: Mika Baumeister

Officials at the Louvre are standing by their decision to introduce timed-entry tickets by the end of 2019, arguing that the policy “allows a better flow of visitors and is key to a more comfortable visit”. The reaction comes after what the French art critic Didier Rykner called “pandemonium” at the museum this summer, when huge queues formed to see the Mona Lisa.

The museum has made online reservation compulsory for its highly anticipated Leonardo da Vinci exhibition (24 October-24 February 2020), with timed-entry tickets priced at €17 and including admission to the permanent collection. Separate tickets for special exhibitions were scrapped in 2015.

It is not yet clear whether the online-only system will be extended to all visitors; a Louvre spokeswoman says a reservation system will apply to all general admissions, but “the format has not been confirmed”. The museum’s 60,000 members, the Friends of the Louvre, will be exempt, she adds. Entry will remain free for under-18s and under-26s who live in the EU, but they may still need to pre-book.

Complaints about overcrowding flared up in July when the Mona Lisa was moved to the Galerie Médicis so its usual gallery, the Salle des Etats, could be repainted. One scathing TripAdvisor review of the temporary display describes being “herded like cattle [and] pushed out of the way by the rude security staff if you dare to take more than five seconds to look at [the painting]”.

Tensions over visitor conditions had been simmering for months. Unionised security staff went on strike in May, protesting that the Louvre is “suffocating” due to record attendance, which reached 10.2 million in 2018.

Frédéric Serrier, a representative of the union Sud Culture Solidaires, says that museum management has since “taken the measure of our dissatisfaction” and understood the need for a limit on visitor numbers. “We are waiting for the situation to return to normal following the completion of work in the Mona Lisa room, when we will work with management to determine the best entrances to the museum,” Serrier says, although he warns that union members are considering further strike action. The Mona Lisa is expected to return to the Salle des Etats next week. Meanwhile, the union has also asked the French culture ministry to recruit more staff.

A crowd control strategy for the world’s busiest museum—receiving an average of 30,000 visitors a day—is needed now more than ever, says the former Centre Pompidou president Alain Seban. But with the great majority of visitors wanting to see the Mona Lisa, “the Louvre has relatively few options”, he says. “There’s one fundamental decision: do you keep the Mona Lisa in the same circuit as the rest of the collections or do you organise a different circuit for the painting?”