Experts call for a “transparent” investigation ran by an independent expert in child protection, and to “urgently investigate the conduct” of some its members 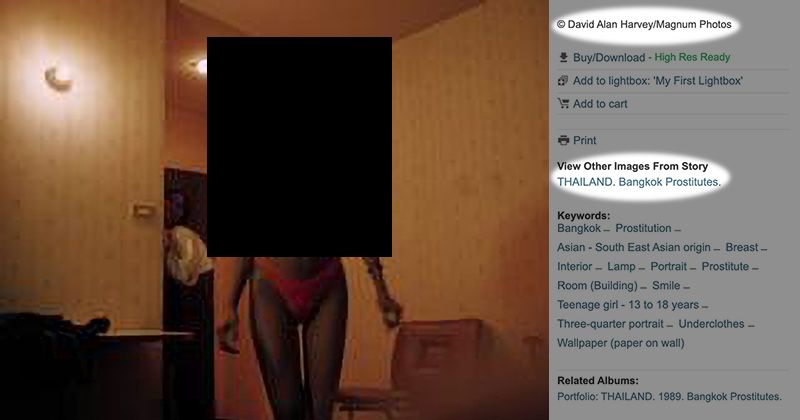 Magnum photo agency has pledged to immediately launch an “in-depth internal review” into their archive of more than a million images in response to as yet-unfounded allegations they may have promoted and licensed images of potentially trafficked and sexually abused children.

Olivia Arthur, the agency’s new president, acknowledged the need to consider the “implication” of “problematic” photographs in Magnum’s archive. “We are taking this extremely seriously,” Arthur says in a statement.

Caitlin Hughes, Magnum’s chief executive officer, agreed that a review was needed to “balance a robust defence of freedom of expression with heartfelt care and consideration for those on the other side of the lens.”

Such a comprehensive review is the first of its kind in Magnum’s history, and promises to be a huge commitment. Magnum’s archive was digitised over time, and “has many authors,” Arthur points out. Arthur pledged to consider “imagery, captioning or keywording” of images that date back more than 75 years, while also promising not to “dismiss or underestimate the role of photographers (both historically and currently) to go out into the world to document important global, political and social issues”.

"Standards for what has been acceptable have evolved," Arthur writes. "Issues and questions that were previously overlooked have to be addressed."

The review may result in the unprecedented step of Magnum removing potentially hundreds of images from its archive—and perhaps even invoking the membership of members found to have participated in dubious standards of practice. The review, Magnum confirmed, will take account of legal as well as ethical implications.

News of the review has reverberated through the global documentary photography community, and promises to have seismic implications on agreed standards of practice around questions of consent, permission, safety and ethics for the future of the profession.

Pressure built on Magnum after the publication of an article by the photographer and writer Andy Day on the website FStoppers. Day focused on an image taken by the US photographer David Alan Harvey, as part of a series titled BANGKOK. Thailand Prostitutes, of an almost naked, fully identifiable and allegedly pubescent woman in what appears to be a Bangkok brothel. The image, Day alleges, appears to have been taken from the perspective of a client seated on a bed which the girl is approaching. Magnum used the keywords "prostitute" and "girl - 13-18 years" in their description of the image. Human rights experts note the alleged child in the image may have been sexually assaulted and trafficked.

“The archive of Magnum Photos features numerous photographs of child sex workers, many of whom were photographed without their knowledge. Several of these photographs are sexually explicit, featuring nudity and encounters with clients. These images may constitute acts of child sexual abuse,” Day wrote.

On Twitter, the photographer and London College of Communications lecturer Lewis Bush called on Magnum’s review to also “urgently investigate the conduct” of some its remaining members, calling on the agency to discover the truth about Alan Harvey’s activities in Bangkok.

Except it's also clearly not just about 'historical material' @MagnumPhotos, it's about the conduct of your photographers. You also need to urgently investigate what Harvey was doing lying on a bed in a Bangkok hotel room with a semi-naked child. https://t.co/DmtFiUcXvV pic.twitter.com/NowrPbfeaY

Yet the parameters of the review remain as yet undefined. A timeline has not yet been committed to, although Arthur is careful to note the review “will no doubt be a lengthy process”. It is not yet clear whether the review will be publicly published. While Arthur pledges to include “outside guidance”, it’s unclear how much jurisdiction any external figure will have over the remit of the review. Some photographers have voiced concern that the agency may attempt to kick the issue into the long grass.

Robert Godden, a prominent human rights expert with a specialism in the ethics of visual media, has reiterated to Magnum the importance of a “transparent” review in order to “rebuild trust” in the agency. To achieve this, Godden says, Magnum should agree to employ an external and independent expert, publish the review’s initial scope, parameters and terms of reference and then make the outcome of the review open to public scrutiny.

Speaking to The Art Newspaper, Godden, the co-founder of human rights consultancy Rights Exposure says: “Magnum need to be transparent about the review. Best practice would be to bring in an independent expert, make public their terms of reference, including how Magnum will deal with the outcomes of the review, and publish [it] once it is done. They need to re-build trust. Keeping the review internal will not do that.”

Godden notes he contacted Magnum about the issue of child protection in 2017, explicitly raising concerns of images in their archive. In response, Magnum says: “The protection of vulnerable and abused children is of paramount importance to Magnum Photos.” Godden published his response on the World Press Photo’s Witness site.

“Although Magnum’s statement on the review is welcome, they said something similar when we wrote to them in 2017 on exactly this issue,” Godden says. “That isn’t to assume they are not sincere this time, but we really have to see what actions they are going to take in order to judge whether they are adequately addressing the problems they have.”

Godden also raised concerns that the specific issue of child protection was not identified in Arthur’s statement.

In recent correspondence, Magnum did not acknowledge a request for a code of conduct on child protection. It is unclear whether members have a binding policy on questions of consent and protection when photographing children

“Worryingly, Magnum did not explicitly refer to child protection in their statement, nor that this is the purpose of the review,” Godden says. “I think this needs to be acknowledged. They need to be explicit that this problem will be addressed. It is fine if the review has a broader remit, but lets not pretend that it wasn’t images of children who may have been sexually abused that was the catalyst for all this. The assistance they look for externally should be based on this, as should the remedies they implement going forward.”