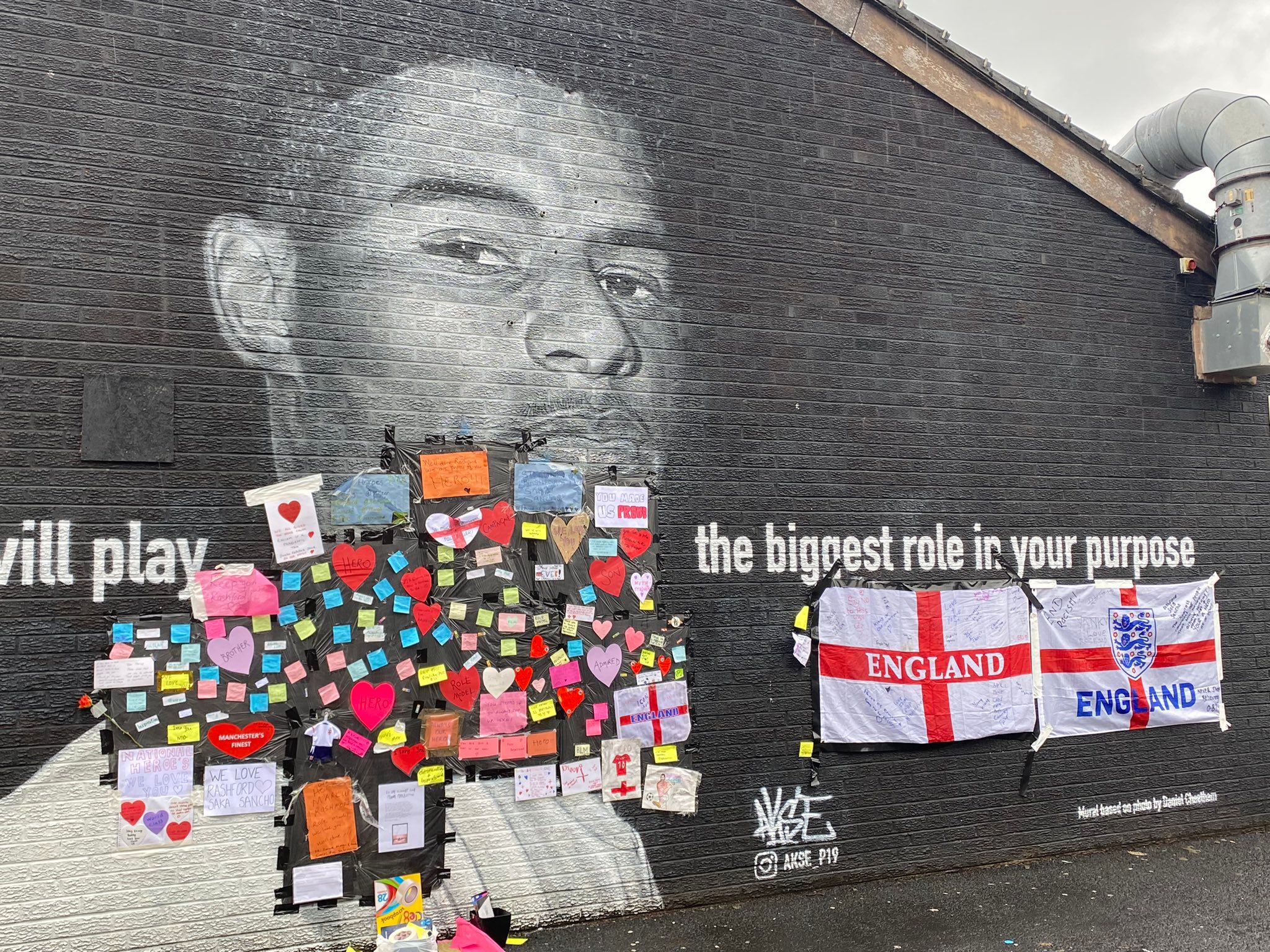 A mural of Marcus Rashford in Withington, Manchester Twitter

A mural in Manchester honouring the footballer Marcus Rashford was defaced within hours of England's loss to Italy in the Euro 2020 finals on Sunday, prompting local residents to cover the graffiti in messages of support.

Rashford, along with two other Black players, Jadon Sancho and Bukayo Saka, missed penalties that secured Italy's victory. They were subsequently subject to significant racist backlash on social media.

The word “Fuck” was scrawled over the mural of the Manchester United forward, painted on the side of a café in Withington, south Manchester near where he grew up. Several swear words were also graffitied beside the word “Saka”. The work, painted by the Manchester-based street artist Akse, was reportedly commissioned in recognition of Rashford's key role in campaigning to end child food poverty in the UK. 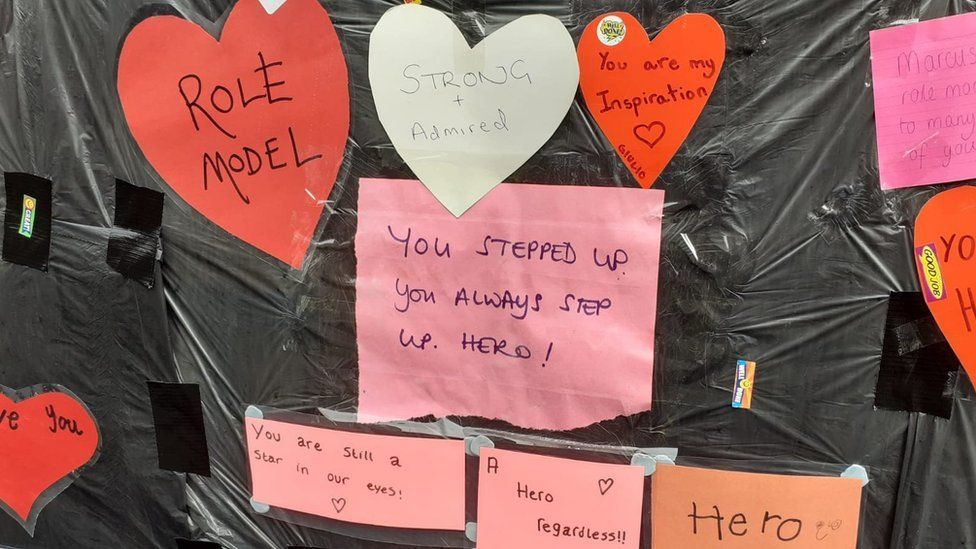 But soon after the work had been vandalised, hundreds had come out to cover the graffiti in hearts and messages of solidarity such as "Hero" and "You make us proud". Rashford said in a statement that he was "on the verge of tears" when he saw how many local residents had come out in support.

Police are treating the initial graffiti as a racist incident, with Paul Savill, chief superintendent, Greater Manchester Police’s City of Manchester division, branding the act as “disgraceful”, adding that it “will absolutely not be tolerated”.

“Greater Manchester prides itself on being made up of a number of diverse communities, and hate crime in any form is completely unacceptable and not welcome here in our city,” Savill said in a statement.

On Twitter, Rashford said: "I will never apologise for who I am and where I came from." He added: "I'm Marcus Rashford, 23 year old, Black man from Withington and Wythenshawe, South Manchester. If I have nothing else I have that."

Several leading UK politicians, including Prime Minister Boris Johnson and home secretary Priti Patel have condemned the abuse targeted towards Black members of England's football team. Patel said the messages were "vile" and "racist", adding "it has no place in our country and I back the police to hold those responsible accountable".

However, both have been widely criticised and accused of hypocrisy over their pre-tournament stances on whether England fans were right to boo players taking the knee.

England footballer Tyrone Mings has hit back at the home secretary, saying: "You don't get to stoke the fire at the beginning of the tournament by labelling our anti-racism message as 'Gesture Politics' & then pretend to be disgusted when the very thing we're campaigning against, happens".