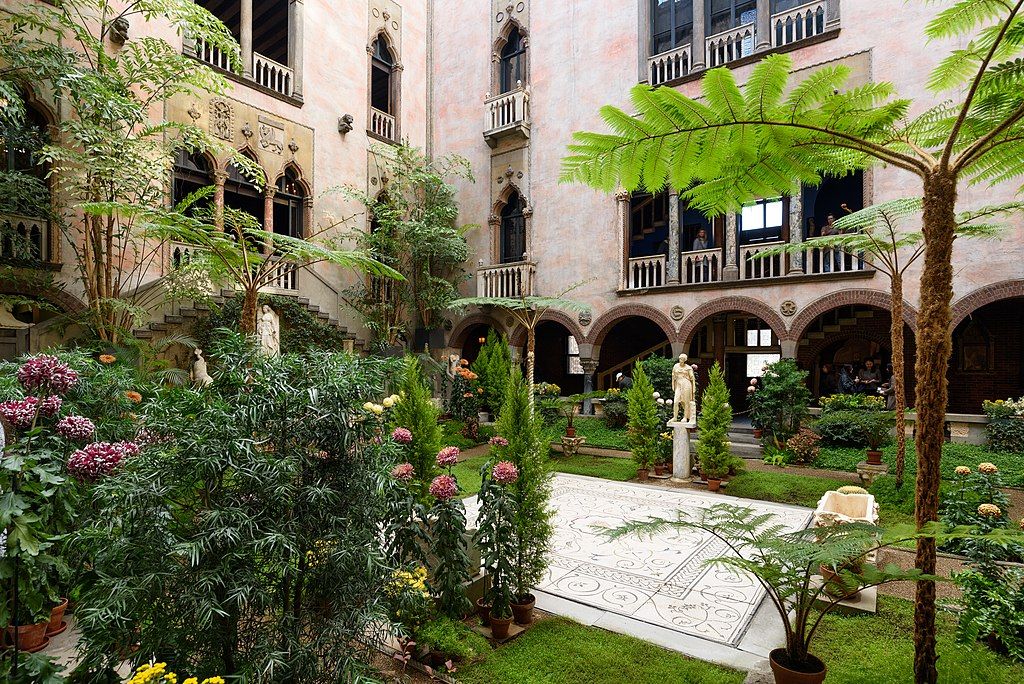 Robert Viens, a 48-year-old man from Randolph, Massachusetts, was arrested this week by the Boston police department in connection to separate break-ins at the Isabella Stewart Gardner Museum and the Arden Gallery this month.

According to authorities, Viens had a warrant for his arrest for two counts of vandalising property and two counts of receiving stolen property worth more than $1,200 stemming from an incident at the Arden Gallery—a contemporary art gallery on nearby Newbury Street—on 11 January.

Anthony Amore, the director of security of the Isabella Stewart Gardner Museum, tells The Art Newspaper that a glass door on the Palace Road side of the museum building "was attacked with a small sledgehammer and did not smash” on 23 January. “A painting was tossed into the building when an emergency door opened.”

The painting was allegedly defaced and wrapped in a blanket, according to CBS Boston, prompting a bomb squad to respond to the scene to determine whether the object was an explosive.

Zola Solamente, the owner of the Arden Gallery, says she cannot confirm any further details or provide a comment on the ongoing investigation at this time.

No one was injured in the series of incidents, and a spokeswoman for the Boston police department confirmed that Viens “made no attempt to enter the building” in an interview with The Boston Globe. A judge has ordered a mental evaluation for Viens.

He is currently due to be arraigned on charges of breaking and entering with the intent to commit a felony at the Gardner Museum, in addition to the previous charges he faced in connection to the gallery break-in. A police report updated yesterday does not detail the evidence connecting Viens to the charges.

Representatives for the museum could not be reached for comment at the time of this writing. The news comes more than three decades after a trove of artworks worth around $500m were stolen from the museum in a famously unsolved heist.

Correction: The glass door to the museum was not smashed using the stolen painting, as we originally reported, but the work was thrown into the museum through an emergency door.