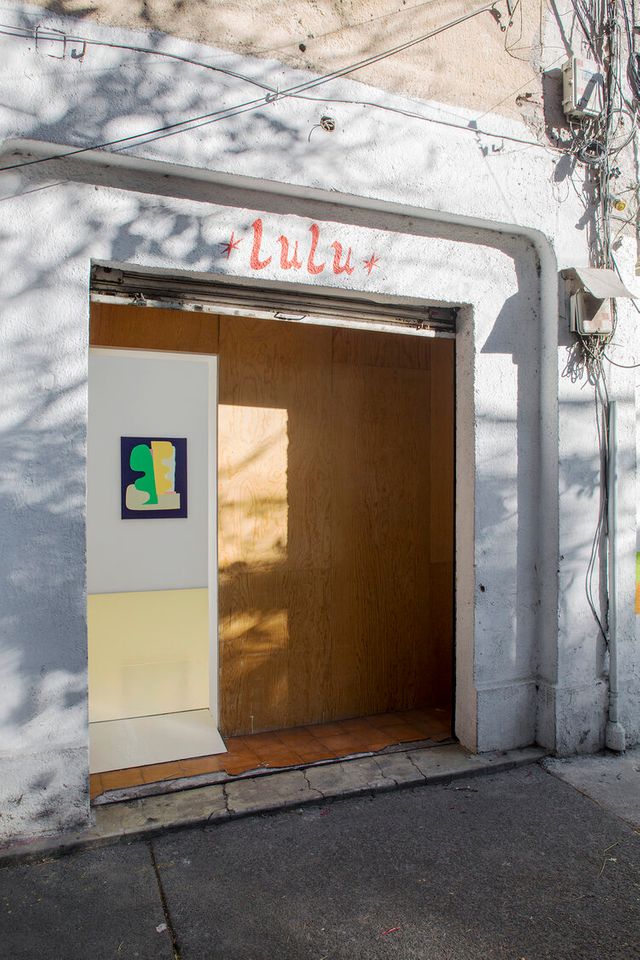 Lulu retains its original 100 sq. ft gallery space even after expanding in 2016. Courtesy of Lulu

Mexico City’s Lulu and Lodos galleries were in their infancy when it seemed nearly every travel writer in the world turned their eyes on the city around five years ago, calling it the next “in” destination. With the tourists came the international art crowd and while the two project spaces were still forming their identities, they were suddenly cast into the spotlight of the international art scene.

“I didn’t have any clue of what to do at a fair but all of the sudden the press began paying attention,” Francisco Cordero-Oceguera, the director of Lodos, says of his first “innocent” foray into Material in 2014. The dealer had only just returned to Mexico City, his hometown, in 2013 after starting the gallery as an artist-run exhibition space in a Chicago basement while he was a student at the School of the Art Institute of Chicago where he showed work by his friends.

Many local dealers say the rapid development of the city’s commercial art scene allows them to take more risks than the average small gallery—but it has not come without growing pains. Coinciding with the established and growing Zona Maco fair, which runs through 9 February, dealers credit Material with helping to sustain the emerging local art scene in Mexico City amid its abrupt international prominence.

Chris Sharp, who co-founded Lulu with Mexican artist Martin Soto Climent in 2013, says the fair offered an artist-focused answer to the city’s “hulking” Zona Maco. Launched in 2003, Zona Maco started as a strong regional fair that catered to Latin American dealers and collectors. Now, however, it attracts upwards of 60,000 visitors more than 200 galleries, including heavyweights such as Pace, Lisson and Kasmin, as well as local stalwarts such as Kurimanzutto and OMR. This however, made it difficult for the city’s smaller galleries to participate while stratifying the local collector and curatorial base. Zona Maco has swelled in size over the last decade, bringing in 62,000 visitors and 200 dealers from all over the world, to the detriment of smaller local galleries. Courtesy of Zona Maco

“We’ve been open for years here and most directors and curators of institutions in Mexico have not been [to the gallery],” Sharp says, noting that Zona Maco’s explosion marginalised the experimental spaces and artists that had made Mexico City a hot bed of creativity and culture.

“There is this balance that’s missing here that you are either this super elitist gallery that caters to rich people, or you are one of these galleries that’s too lowbrow [to attract repeat buyers] that’s giving out free booze and there’s DJs playing hip hop,” says Matt Wagner, an art director and owner of Hellion Gallery in Portland, Oregon. He believes there is a gap in the commercial market and has been eyeing Mexico City for a permanent gallery space after hosting six shows in the city over the past three years. This year he is hosting a pop-up event in the Hotel Selina.

Sharp concurs, noting that Material’s success comes down to providing a much-needed mid-level sales platform within Mexico City while bringing in peer exhibitors from around the world to broaden the marketplace for modestly priced work by emerging artists. This has helped Lulu expand from its 100 sq. ft home, a pristine white cubic gallery in the city’s Roma Sur neighbourhood, to include a second street-facing gallery space in 2016.

The influx of US and European collectors with more experimental taste have allowed Lodos gallery to size up quickly and take on more artists as well. “I thought I would just keep running a project space,” says Corder-Oceguera, but the recent boom has given him the confidence to "go more commercial" with the conceptual artists he was featuring by opening a dedicated gallery space in Mexico City’s Centro Historico neighbourhood.

He says that his experience at Material allowed him to realise that he could “participate in this system where other galleries were existing. It was a lit bit of recognition that we were a space to be valued.”

”There’s definitely more energy,” Sharp says of the city’s growing middle market. “I suspect that there will be more. Mexico City is such a beautiful, idyllic place but at the same time it’s a tough town.”