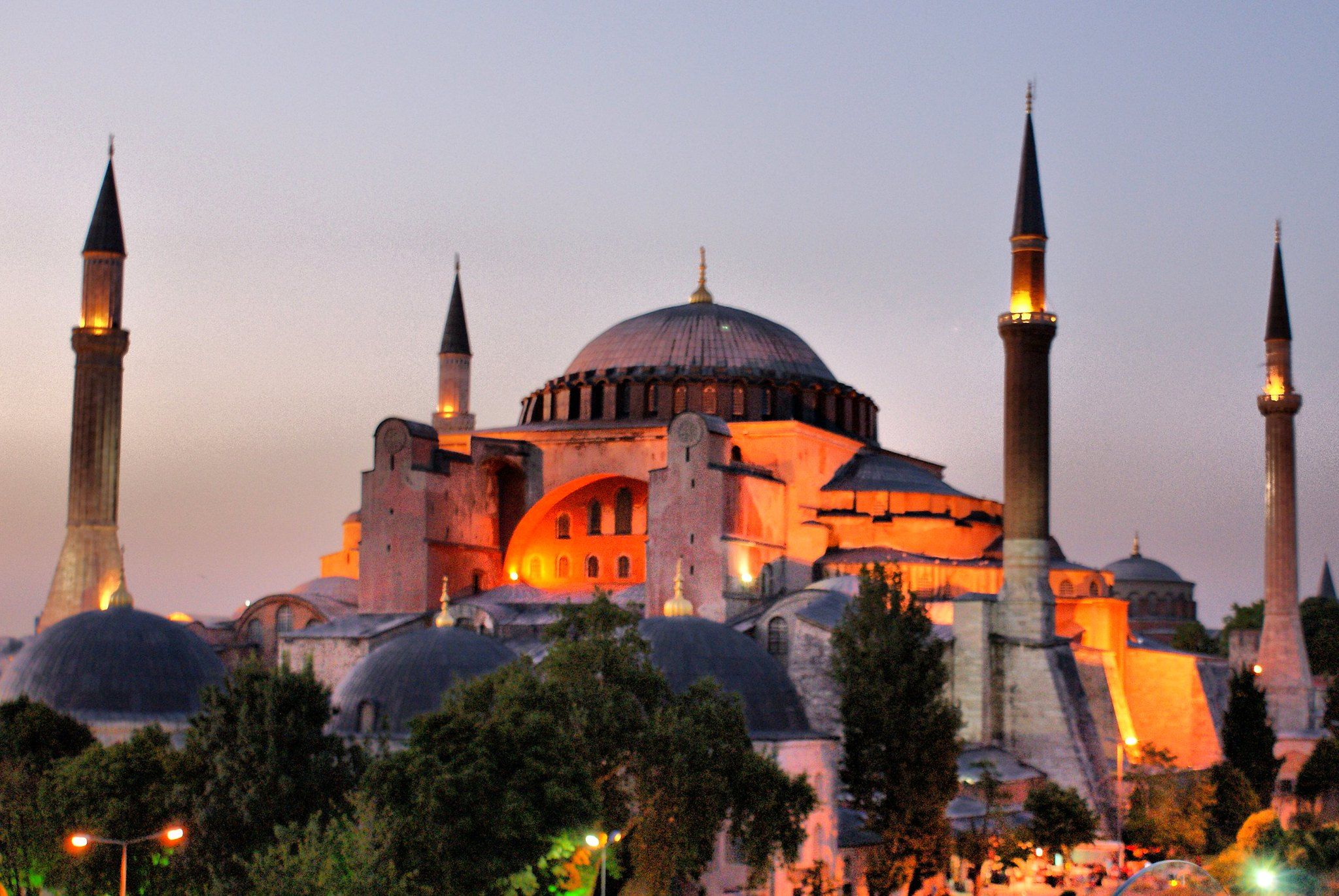 The Hagia Sophia in Istanbul is being turned from a museum to a mosque Photo: David Spender/Flickr

A miniature replica of the Hagia Sophia will be built in Syria backed by the Russian government according to the Lebanese news agency Al-Modon. The move follows the controversial decision by Turkish President Recep Tayyip Erdogan to turn the historic Hagia Sophia site in Istanbul from a museum back into a mosque. Erdogan’s decree followed a ruling by the Council of State, Turkey’s highest administrative court.

The Syrian replica will be built in the Western province of Hama. “Russia will provide the necessary funding to build the church which will be a miniature version of the Hagia Sophia,” says Al-Modon. Work is scheduled to begin on site later this month. The project is led by the pro-regime militia leader Nabeul Al-Abdullah who obtained approval from the bishop of the Greek Orthodox church in Hama. The Hagia Sophia planned for Syria will subsequently operate as an Orthodox venue.

"This is a symbolic small church no more than four metres high and four metres wide. This small chapel will be designed to show the real face of Syria, where different civilisations and cultures coexist," Nabeul Al-Abdullah told the news agency Ria Novosti last month. He added that the new monument will have the "symbolic name of Hagia Sophia".

Russia is an ally of Syria’s president Bashar al-Assad. According to Al-Modon, Russia is “angry with Turkey” over its decision to revert the sixth-century Hagia Sophia into a mosque. The Russian lawmaker Vitaly Milonov told the unverified Riafan news agency that “unlike Turkey, [Syria] is a country that clearly shows the possibility of peaceful and positive interfaith dialogue”, adding that “Orthodox Christians in Russia can help Syria with construction”. Both the Turkish and Syrian embassies in London had not responded to a request for comment at the time of writing.

Hagia Sophia also features in the exhibition Shared Sacred Sites, which is due to open at the Cer Modern contemporary art space in Ankara this winter (October-December). The show opened at the Depo venue in Istanbul early last year when it included material linked to the Hagia Sophia site. In 2017, the exhibition was also held across three sites in Thessaloniki in Greece.

Crucially, the Shared Sacred Sites project focuses on interfaith dialogue “at a time when the Turkish government’s decisions are further polarising Turkish society and simmering the fault lines between secularists and conservatives”, says the Al-Monitor news website. The Hagia Sophia section will be included in the Ankara exhibition, featuring the photographs of Izzet Keribar.

According to the Depo website: “The Shared Sacred Sites project examines a diverse range of locations in the Mediterranean, the Middle East and the Balkans where the three Abrahamic religions have coexisted… The project argues that cross-cultural co-existence has been a viable way forward, out of the essentialism, isolationism, and hatred that have often come to characterise the present day.”

Shared Sacred Sites was also backed by the Turkish philanthropist Osman Kavala, the chair of the cultural non-profit Anadolu Kültür (Anataolian Culture), who has been detained in a Turkish prison for more than 18 months.

He was previously accused of attempting to overthrow the Turkish government during the Gezi Park protests in 2013 but a court acquitted him earlier this year. Kavala was later arrested on charges of espionage; human rights organisations worldwide including Amnesty International have called for his release.

A source close to Kavala tells The Art Newspaper: “[He] was a key figure in organising the Shared Sacred Sites exhibition that was firstly installed at Depo in 2019… Osman was present at the inauguration of the Thessaloniki version in 2017, and he also studied the exhibition catalogue and made suggestions for the content during his imprisonment.”

UPDATE (6 August): This article was updated to give further information regarding the source of Vitaly Milonov's comments. Further details were also added regarding the dimensions of the planned Hagia Sophia.

UPDATE (7 August): This article was updated to include the most recent information regarding the section on Hagia Sophia in the Shared Sacred Sites exhibition due to open at Cer Modern.