Revealed: the secrets behind Antonia, Modigliani’s ‘most complex work’ 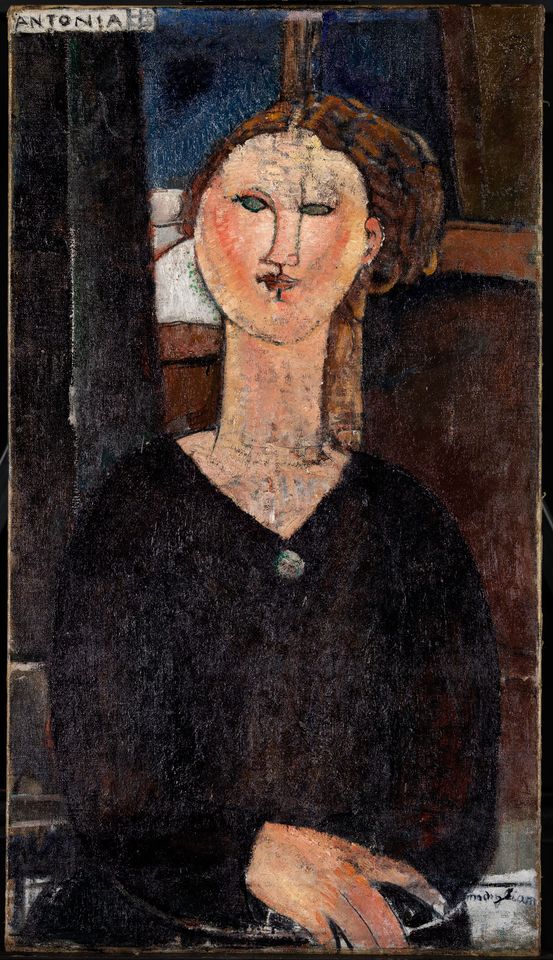 France's national museums laboratory has conducted a forensic study of every Modigliani painting and sculpture in the country's public collections. Antonia (around 1915) has emerged as the most complex of all © Centre de Recherche et de Restauration des Musées de France/Gérald Parisse

The results of a two-year forensic study of all the works by Amedeo Modigliani in French museums are to be revealed at an exhibition opening at the Lille Metropolitan Museum of Modern Art (Lam) on 19 February. The project, a collaboration with the French national museums’ laboratory C2RMF, has scrutinised 27 paintings (including two copies) and three sculptures from 11 public collections. The only other artist to have previously merited such an undertaking in France is Vincent Van Gogh in 1999.

Ahead of the show, and an academic symposium scheduled at the museum on 17-18 March, the research team gave The Art Newspaper an exclusive insight into their analysis of a portrait that “appeared to be the most complex work of this study, and perhaps of [Modigliani’s] entire corpus”, according to conservation scientist Anaïs Genty-Vincent.

Antonia (around 1915) comes from the collection of Paul Guillaume, the artist’s dealer, and now hangs in the Musée de l’Orangerie in Paris. Though the name Antonia is inscribed on the canvas, nothing is known of the sitter. The painting has been dated on the basis of a faint resemblance to a portrait in the Art Institute of Chicago of Modigliani’s then-lover Beatrice Hastings (nicknamed “Madame Pompadour” for her extravagant hat). Suffering from tuberculosis, the artist had just stopped sculpting and Lam’s curator, Marie-Amélie Senot, sees the influence of sculpture in Antonia’s “fixed expression, as well as touches like scratches on the side, a method he had practised on some of his busts”.

The figure’s nose and mouth are shown from the front and in profile, in the manner of Picasso. A window is visible on the right, while other mysterious shapes in the composition hint at the startling discoveries made by the researchers beneath the painted surface. Under infrared radiation and X-ray fluorescence spectroscopy (XRF), a ghostly upside-down face was visible just above her hand. 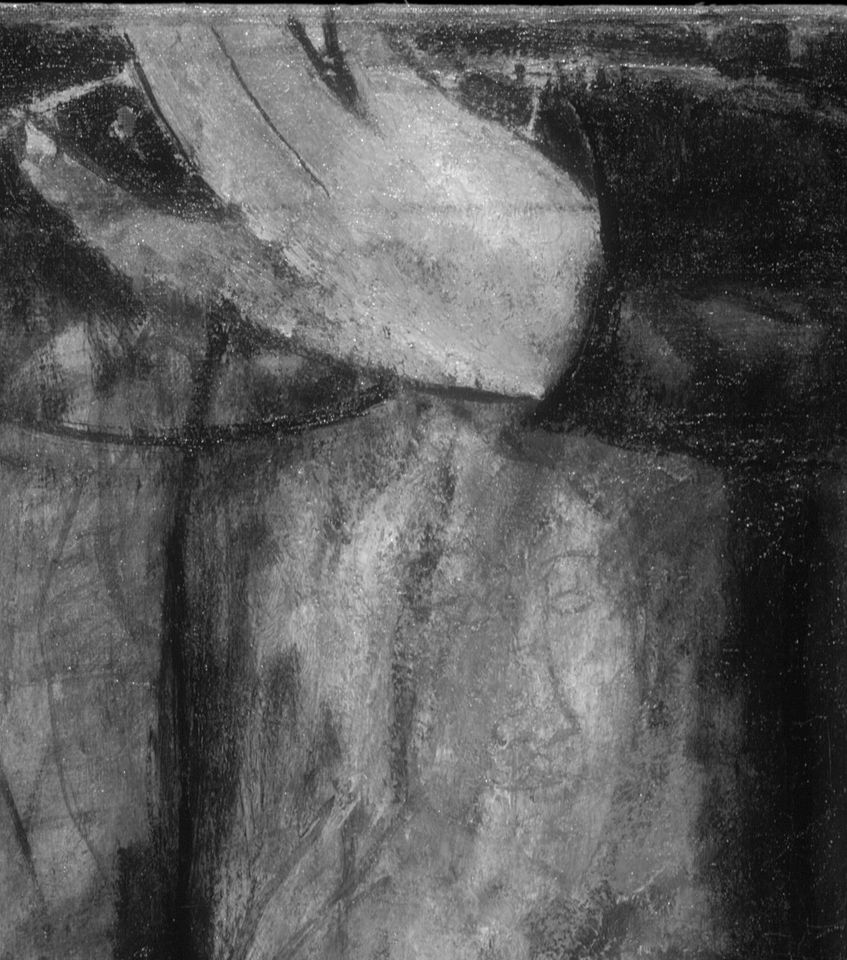 It was not uncommon for the artist to paint over previous studies or abandoned compositions. The project has, for instance, found Hastings’s head under a 1915 portrait of Guillaume known as Novo Pilota and a landscape hidden beside Viking Eggeling in the eponymous 1916 painting of the Swedish artist. If Modigliani did not want to be bothered by a face he had drawn, he would simply turn the canvas upside down.

Further examination of Antonia identified other ghosts, including fragments of bodies and cryptic markings. A face with wide eye sockets, like a mask, over Antonia’s head bears similarities to Nudo Dolente (around 1908), a suffering nude reminiscent of Edvard Munch that Modigliani painted during his first years in Paris.

X-radiography also revealed one or possibly two statuesque caryatids, with four arms (two lowered and two raised), like the ones Modigliani depicted when he was looking at Khmer sculpture and African-inspired works by Picasso and Brancusi in the early 1910s. He covered this with a veil of lead white, on which he painted a bust bearing a cross. XRF determined that it was traced with a mercury-based vermilion pigment, recalling the red figures he drew and sculpted around 1911-13. A total of four compositions, which could be dated between 1908 and 1915, were found underneath the visible painting, Genty says. Senot notes that the artist held on to the canvas for most of his stay in Paris. The new research “may help us to precisely identify the dates of his corpus, which are always difficult to ascertain”, says the head of the laboratory, Michel Menu. 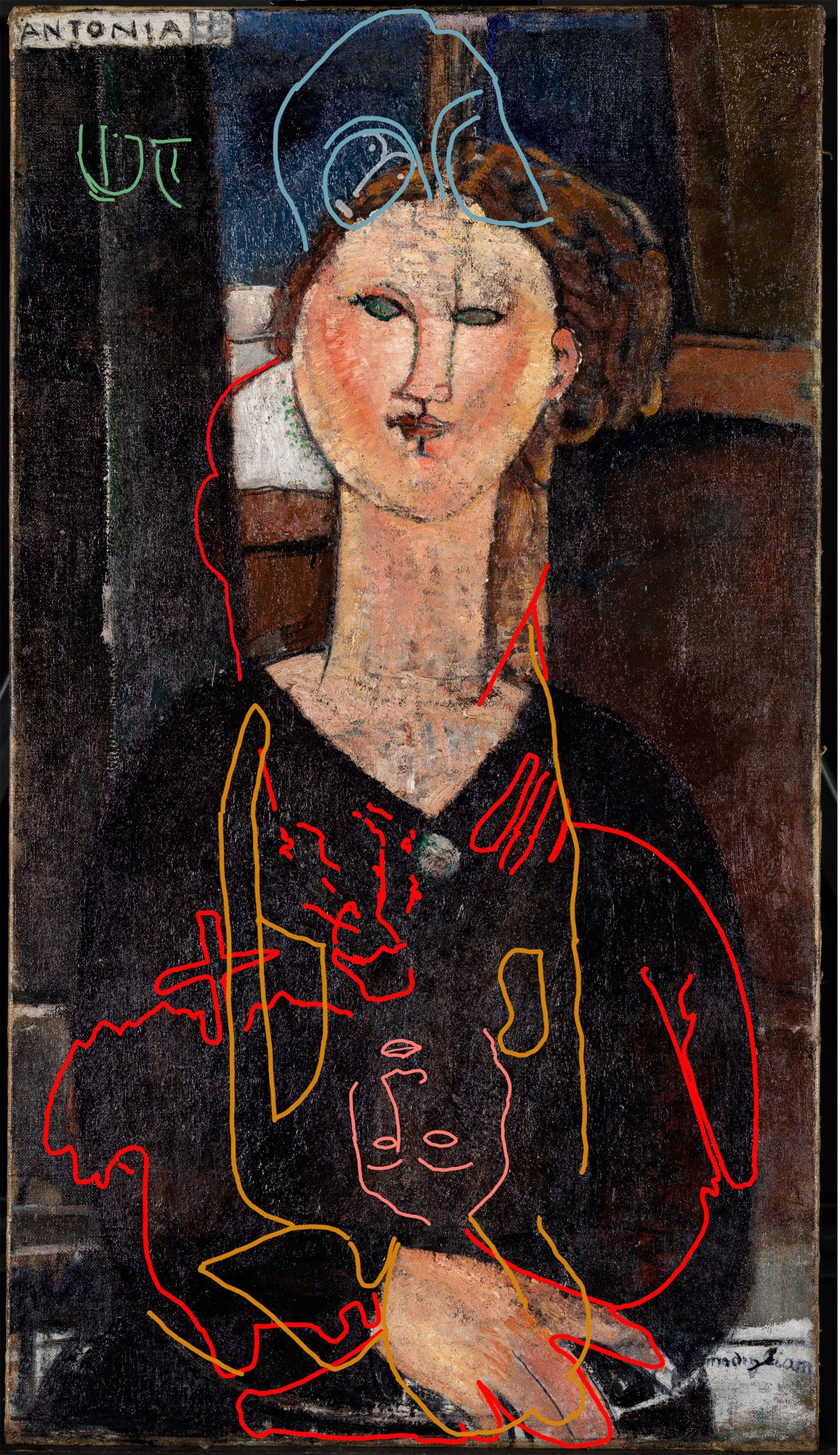