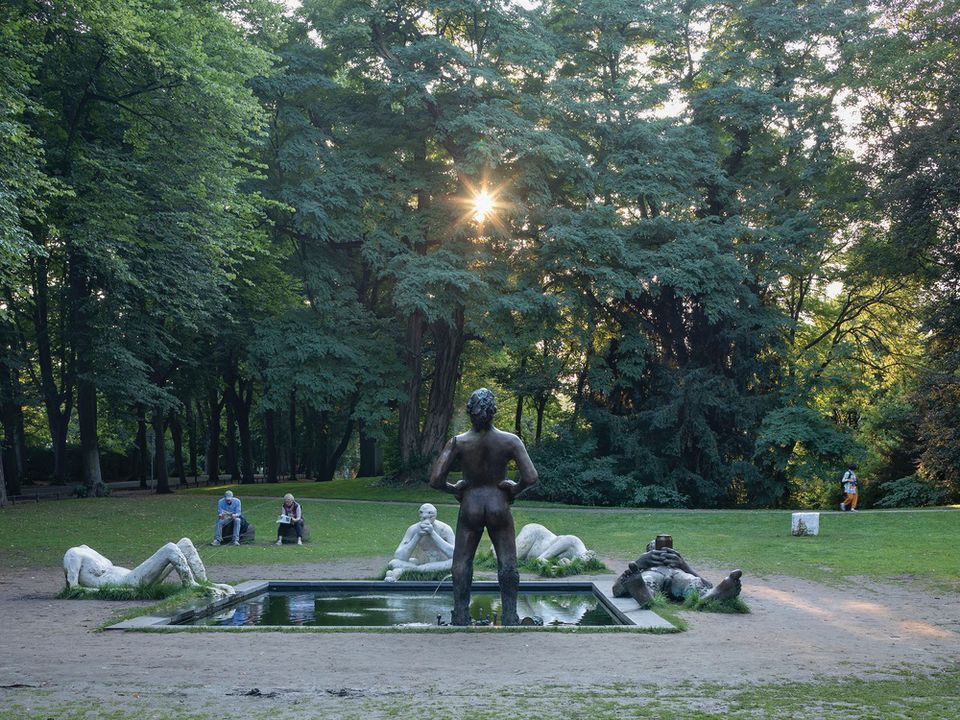 The artist Nicole Eisenman and her New York gallery, Anton Kern, have agreed to significantly reduce the price for a fountain sculpture that fund-raisers in Münster, Germany, are seeking to buy for the city.

The fund-raisers were initially trying to raise €1.2m for Sketch for a Fountain, an ensemble of five nude figures of ambiguous gender around a shallow basin. But now that Anton Kern has waived its fee and Eisenman has reduced hers, the target amount is €800,000, of which €600,000 is the price of the fountain, €100,000 is for its installation and €100,000 will ensure its upkeep.

Surveys showed that Eisenman’s sculpture was the most popular work at last year’s Sculpture Projects Münster exhibition, though it was also the target of several vandalism attacks. The art-dealer Maria Galen and the sculptor Sandra Silbernagel are spearheading the fund-raising effort, which has included “Fountain Beer” sold by a local brewery with a label designed by Eisenman, and “Fountain Bread Rolls” at a Münster bakery. So far, they have raised €300,000.

Galen says she is optimistic that the necessary amount will be reached by the end of the year. “We wanted the bulk of the funding to come from Münster citizens,” she says. “But we have also applied to some foundations, and we don’t yet know what we will get. We are very confident.”

Fund-raising plans for the latter half of this year include a Fountain Lottery, with sponsored prizes—among them a trip to New York.