The Japanese artist Takashi Murakami’s private collection of works of art and everyday objects will go on display for the first time in January. The exhibition at the Yokohama Museum of Art will include hundreds of everyday items such as beer mugs, ephemera like fantasy figurines and antiques, says the show’s curator, Akiko Miki.

A lot of the collection “looks like garbage”, Murakami tells The Art Newspaper. But there are also major contemporary works in his 1,000-strong collection, most notably Anselm Kiefer’s Merkaba (chariot) (2010), a massive fragment of airplane fuselage encased in a glass-and-steel vitrine. The sculpture was shown at Gagosian Gallery in New York in 2010, and when Murakami saw the work there, he says he was “moved” but had no intention of buying it. However, “after the exhibition I enquired whether [it] had been sold and since it was Gagosian, my gallery, they offered an instalment payment [scheme], so I bought it.” 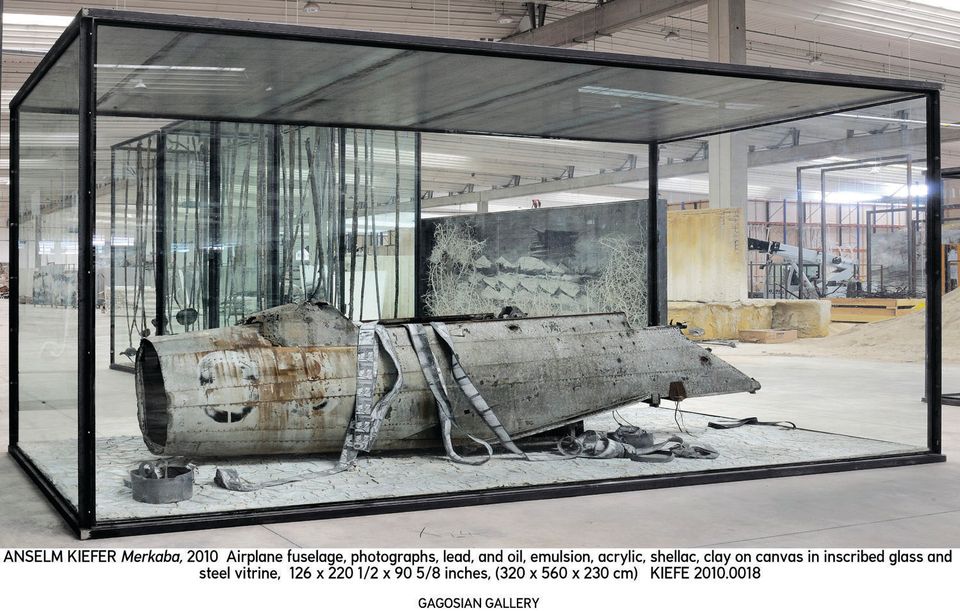 The purchase cemented his enduring love affair with the work of Kiefer, whom Murakami describes as “the symbol of my becoming an artist”. He was first introduced to the German artist’s work via a “Japanese imitator”, Shinro Ohtake. “After seeing an exhibition of Ohtake’s work in Japan, I became a contemporary artist,” Murakami says. “But then I realised that he was imitating Kiefer. So my entire life has been based on a misunderstanding. When I first came to New York [in 1998], I finally saw a real Kiefer in a show at the Museum of Modern Art. When I stood in front of it, I cried. The work was Osiris and Isis [1985-87], a painting of a step pyramid, and I was awestruck.”

Murakami’s admiration for Kiefer, the most serious of contemporary artists, may surprise some. The Japanese artist, who is known for his brightly coloured canvases and sculptures, which often use motifs from mass culture, has produced multiple branded products, from handbags to skateboards, keychains and even candy. He is most often described as “the Japanese Andy Warhol”. Murakami dismisses this as “an easy comparison”. He owns only two works by the American Pop artist who fused high and popular culture and also collected ephemera obsessively. “[One] is a sketch, a drawing of a penis. A Warhol penis sketch,” Murakami says. 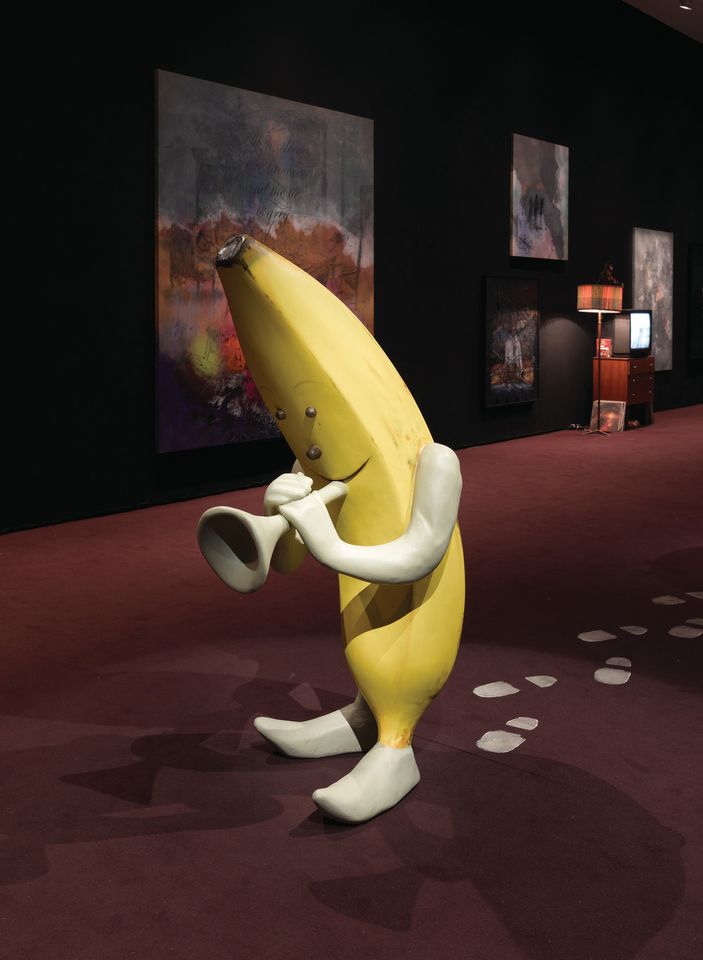 Other contemporary art purchases include Pop cartoon sculptures by fellow Japanese artist Yoshitomo Nara, pieces by the German artist Friedrich Kunath and Op-Art manipulations of the Japanese flag, such as the US artist Mark Grotjahn’s Untitled (Canary Yellow and Crimson Red Butterfly 823) (2008).

Murakami’s tastes are eclectic, however. He also owns ink paintings by the 18th-century Japanese artist Shohaku, also known as Soga, who worked in an earlier style than that of his own Edo period, and a large group of ceramics by Kitaoji Rosanjin, an irascible 20th-century aesthete who also worked in calligraphy, painting and lacquer, and ran a restaurant that was known for his presentation of food. 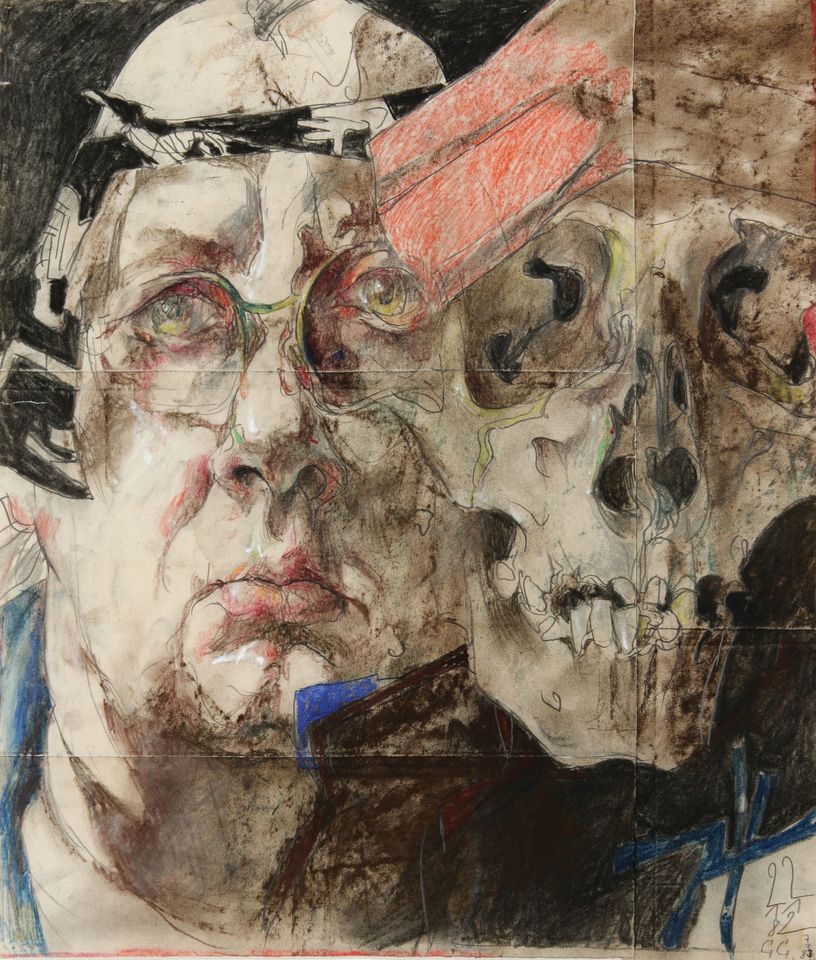 Murakami first started buying art and objects as a student 30 years ago. “Even when I was at university, I was buying prints and photographs, so it began early on,” he says. One of the first works he bought was Self Portrait with Skull (1982) by the German artist Horst Janssen. “I was 20 and I asked to pay for it in six instalments. I really had to negotiate.

“I don’t really remember why I was buying early on,” he continues. “When I was studying, I had part-time jobs, so I had money to buy art. But once I started working in earnest as an artist, I had no money, so I stopped buying. My serious collecting started around ten years ago.” Today his collection comprises more than 1,000 works, which Murakami stores along with his own works-in-progress in a vast, factory-like structure in an industrial suburb of Tokyo.

“Collecting is like an illness; I wouldn’t recommend it,” Murakami says, adding that his “illness” might be incurable and that his purchases continue apace as the exhibition’s opening date approaches.

• Takashi Murakami’s Superflat Collection: from Shohaku and Rosanjin to Anselm Kiefer is due to open at the Yokohama Museum of Art on 30 January 2016 (until 3 April 2016)

CLARIFICATION: Following the interview, this article was amended (on 4 September) to reflect additional information supplied by Takashi Murakami. He told us that he owns two works by Andy Warhol, not one, as previously stated. The work by Horst Janssen was one of the first paintings he purchased, not the first.