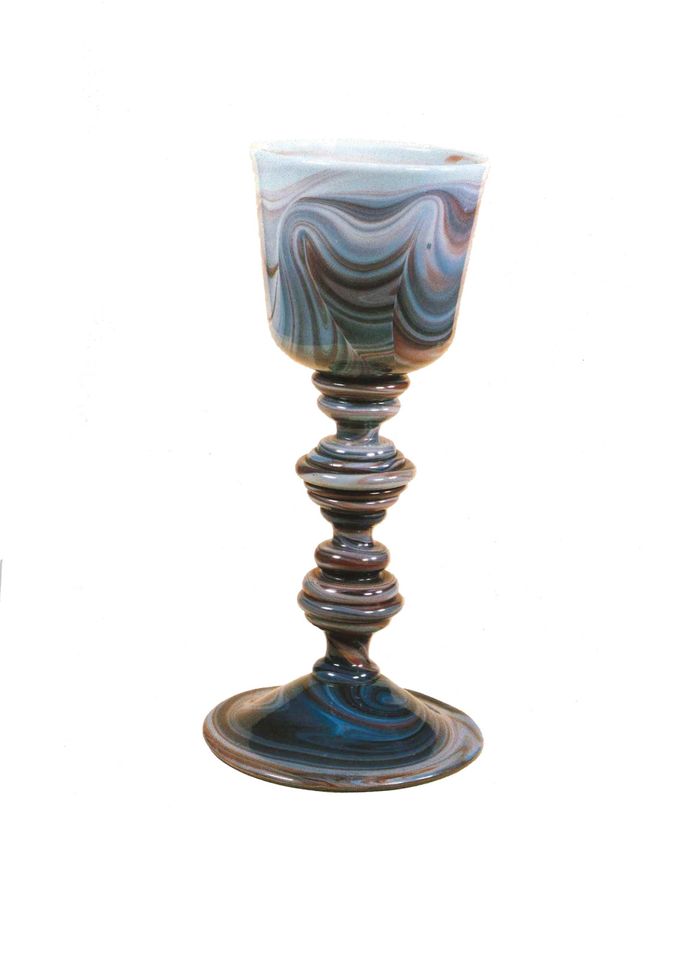 A multicoloured marbled glass goblet dating from around 1800, which was stolen at the end of the Second World War, is the subject of a dispute between the Vienna auction house Im Kinsky and Berlin’s Märkisches Museum.

The museum bought the goblet at auction in 1890 along with eight similar glass objects, all of which were looted in the chaos at the end of the war. Little was known about the goblet’s history until it was offered for sale at the Glasgalerie Michael Kovacek in 1990, according to Im Kinsky’s lawyer Ernst Ploil, on consignment for a German seller. The museum tried to recover the glass at that time, but Kovacek failed to stop the sale.

The goblet surfaced again this year at Im Kinsky in Vienna, where Kovacek and Ploil are managing partners. In the catalogue for the auction on 25 April, the provenance history included the brief description “Museum Berlin”.

At the request of Ulf Bischof, the Berlin lawyer representing the Märkisches Museum, Im Kinsky withdrew the goblet from the auction and returned it to the consignor. The museum then offered to pay a “finder’s reward” of €5,000 to avoid a legal battle but the consignor rejected the offer, saying he had another potential buyer who was offering €48,000.

“Our client is deeply concerned by this behaviour,” Bischof says. “It is unprecedented that an auction house knowingly accepts a stolen museum work on consignment and uses a cryptic ‘Museum Berlin’ provenance for advertising.

“Collectors as well as the museum community should be alerted to such questionable business practice.”

Bischof says the goblet was produced at Zechlinerhütte, a former glass-making centre in Rheinsberg, north of Berlin.

It is not known exactly how it came to be lost in the Second World War, but many Berlin museums stored their collections in bunkers and other bomb-proof locations to protect them from air raids. Some of these stored treasures were plundered by the Red Army; others were looted by ordinary German citizens.

Ploil argues that statutes of limitations would hinder any efforts by the museum to pursue its claim in court and that the previous buyers bought the goblet in good faith, thereby obtaining legal title.

“The fact that the goblet was previously in the museum was known, but no one knew it was stolen,” Ploil says. “Any restitution claim for this has expired.”

Bischof says that the Märkisches Museum still holds legal title. He insists that whoever buys it now cannot claim a good-faith purchase because the seller is aware of its tainted past. Any attempt to sell the goblet without informing the buyer in full of the ownership claim may be liable for fraud, he says.

Bischof also argues that even though the theft itself is time-barred under statutes of limitation, laws against concealing stolen goods are still applicable. He has informed Austrian law enforcers.