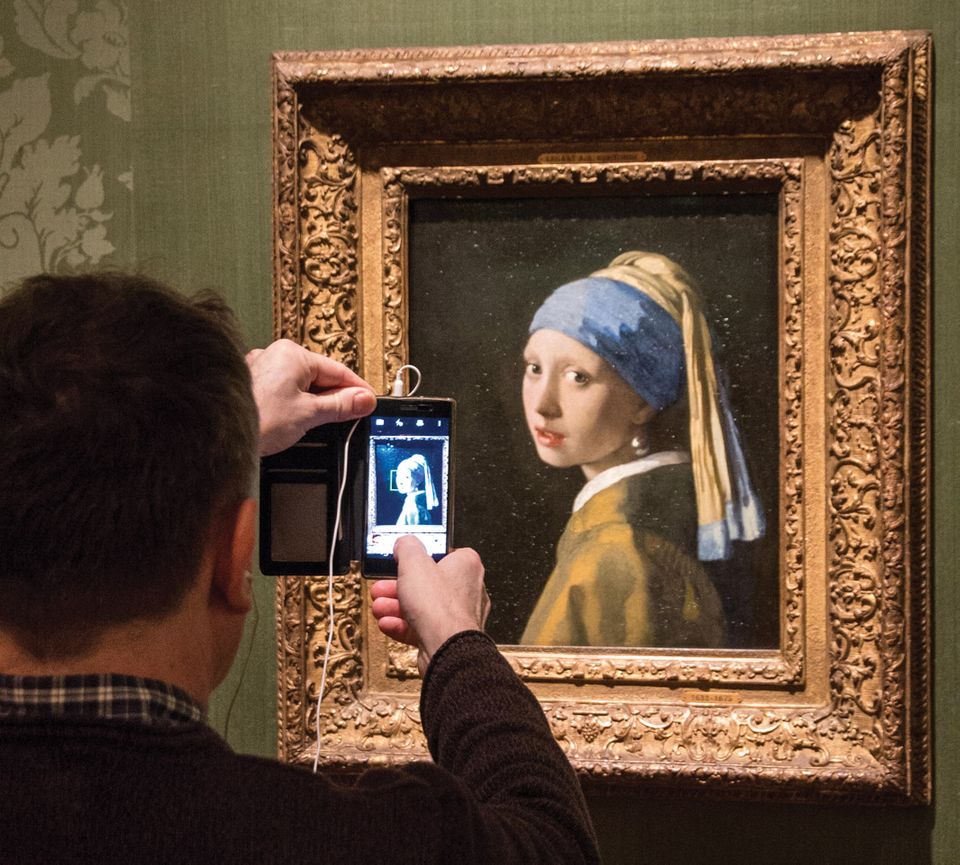 The Mauritshuis in The Hague, home to Vermeer’s Girl With a Pearl Earring (1665), has released thousands of free digital images Jan Fritz / Alamy

UK museums do not hold the copyright to license new photographs of historic works of art in their collections, leading legal experts say. Their comments lend weight to a campaign against image reproduction fees led by the art historian and columnist for The Art Newspaper, Bendor Grosvenor. In a letter to the Times earlier this month, a group of 28 notable academics and art-world figures urged UK national museums to stop charging for images of works that have passed out of copyright (were created by deceased artists more than 70 years ago).

The group argues that the fees “pose a serious threat to art history” and that UK institutions should adopt the open-access policies pioneered by “a growing number of international museums”. The Mauritshuis in The Hague and the Barnes Foundation in Philadelphia recently released thousands of digital images of out-of-copyright works for free use. A member of the House of Lords, Valerian Freyberg, is now calling on the UK government to address the issue and the Tate group is to review its policy in 2018.

Lionel Bently, a professor of intellectual property law at the University of Cambridge, says that museums cannot claim copyright for “official” images they authorise of their historic works. “The [European] Court of Justice has made it quite clear: for a photograph to be protected by copyright, it must be original in the sense that the photographer has exercised creative choices and thereby stamped the photograph with their personal imprint,” he says. “A photographer who merely seeks to control light and angles to create an image of a work of art is highly unlikely to have created a copyright work.”

Simon Stokes, a partner at the law firm Blake Morgan and the author of the industry-standard book Art and Copyright, is more circumspect, warning that the UK’s interpretation of the European ruling remains untested in the courts. “On the balance of probabilities, I would say that copyright does not apply [to museums]—but it’s not beyond doubt.”

However, museums have other legal justifications for restricting access under special contract terms and banning others from taking high-quality photographs of their works. “In effect, they can utilise land law to set conditions of behaviour on their premises and contract law to limit re-use of digital files they supply,” Bently says.

He also cites “substantial qualifications for the cultural sector” in the UK government’s 2015 regulations on the re-use of public sector information. These allow museums to make “exclusive arrangements” for digital images and to charge fees that will cover its “indirect and overhead costs” and yield “a reasonable return on investment”.

Andrea Wallace, a lecturer at the University of Exeter’s law school, specialises in the impact of digital technology on cultural institutions. Her study of the Mona Lisa—the world’s most reproduced artistic image—illustrates how difficult it is to gain access to such material for free. She could source only three no-cost images of the painting, all from black-and-white negatives in the Library of Congress in Washington, DC.

Wallace and Stokes are sympathetic to museums’ desire to generate commercial income against a backdrop of austerity. “Public funds are decreasing and institutions have to maintain digital and material collections and extend access to them to the international public. That costs money,” Wallace says. “We should shift our perception of these fees away from being copyright charges, which are not transparent and can be anywhere from dozens to thousands of pounds, towards that of service-based fees, which are much smaller and reflect the actual cost of digitisation.”

Stokes agrees: “The important thing is for the fees to be reasonable in light of promoting scholarship.” He points to the wider problem of “prohibitively expensive” fees charged for works still in copyright. “Often these rights are controlled by artists, their estates and collecting societies rather than cash-strapped British museums.”