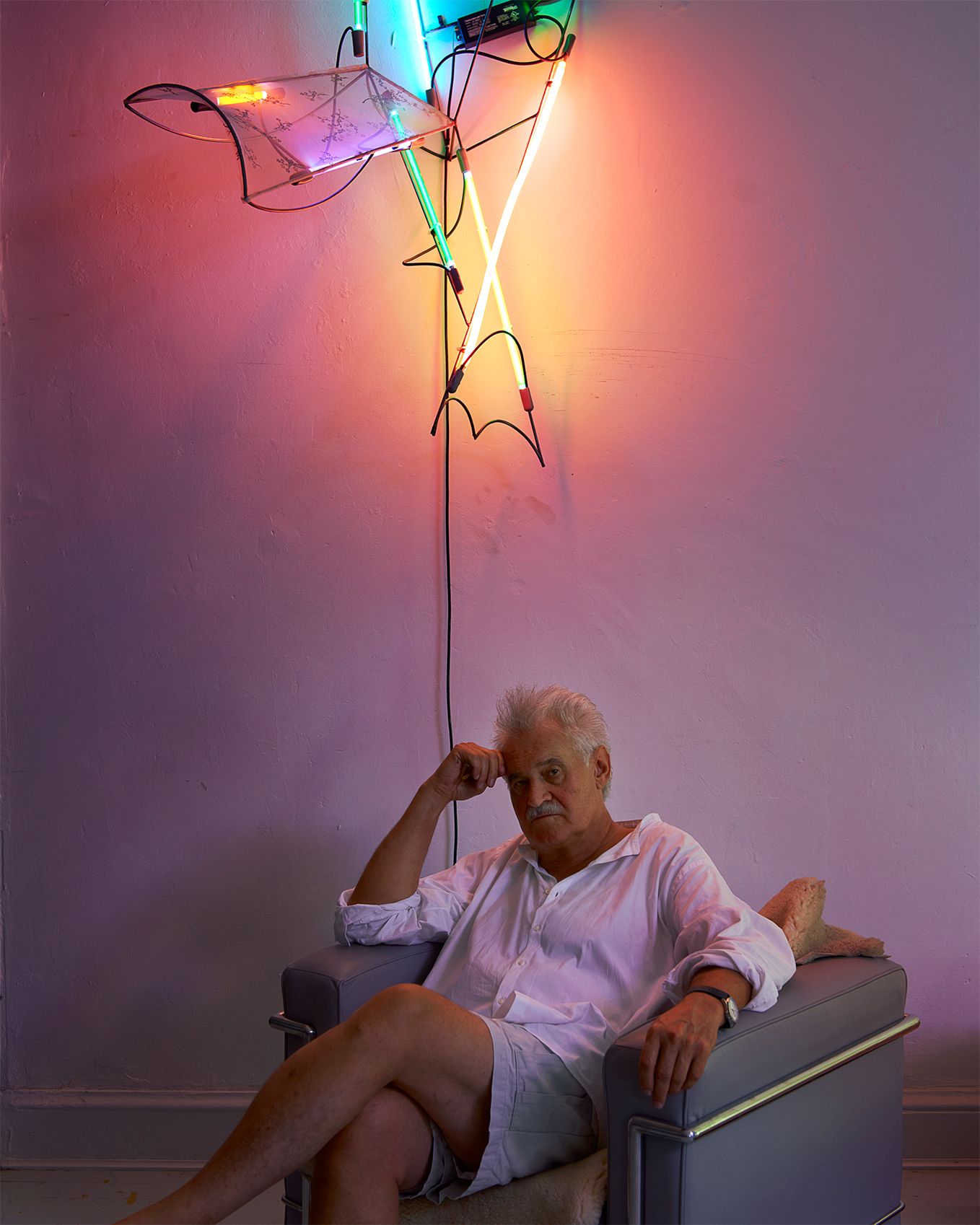 A major show of works by the artist Keith Sonnier, who died 18 July, is to be hosted by Dia Art Foundation at its Dia Beacon base in upstate New York. Sonnier is known for his light sculptures and innovations with neon tubing, a linear material that enabled him to “draw in space”, says Pace Gallery, which has shown his works since 2005.

The Dia Art Foundation recently acquired five major early works by Sonnier for its collection which is due to be exhibited in Beacon in the spring of 2022. “This long-term display brings together a selection of newly acquired work from the late 1960s and early 1970s,” according to the institution’s website. Works by Sonnier in Dia’s collection include Flocked Wall (1969) and In Between (1968).

The presentation at Dia Beacon will also include Dis-Play II (1970), a room-sized installation of strobe light, black light, neon and glass, which was previously on view at Dia Bridgehampton, New York, from 2018 to 2019.

Sonnier was born in Mamou, Louisiana, in 1941. “His father’s hardware store, as well as his mother’s occupation as a florist, early on awakened him to a broad universe of materials, one free of biases against the decorative, industrial, or everyday,” says Pace Gallery in a statement. He attended the University of Southwestern Louisiana in Lafayette, graduating in 1963, later taking an MFA (master of fine arts) under the artists Robert Morris and Robert Watts at Rutgers University in New Jersey.

Sonnier was at the heart of a burgeoning art scene in the late 1960s and early 1970s in New York, forging a career as a leading post-Minimalist sculptor by experimenting with unconventional Arte Povera style materials such as flocking, satin and bamboo. “We made art that was defined by its defiance of the traditional idea of what could be considered art,” the artist said. 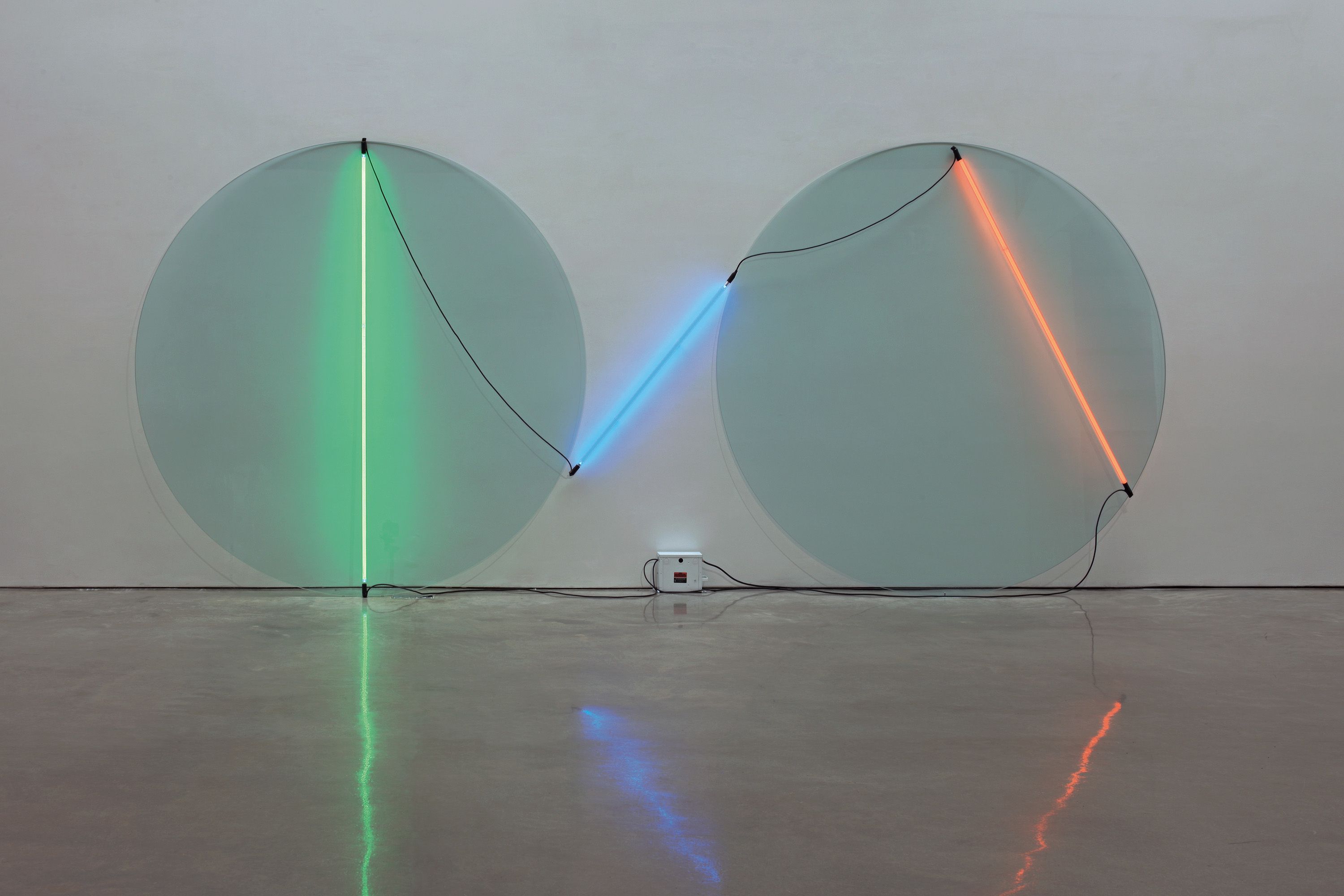 Sonnier continued to make vast public pieces, utilising neon on a monumental scale. In 1992, he unveiled Lichtweg (Lightway), a kilometre-long light corridor in Munich’s International Airport. He also created Motordom (2004), one of the largest public art projects in Los Angeles; this vast piece in red neon and blue argon located at Caltrans District headquarters evokes the passing headlights of cars on California’s freeways.

In a review published in ArtForum earlier this year, Donald Kuspit described why Sonnier’s neon creations stand out. “Red, yellow, and blue neon tubes were illuminated. Wires hung loosely and were expressively slack. A flat black plane, rectangular or square, was often thrown into the mix. Everything was finessed into the gal­lery's smooth, white walls like a bas relief. The works' finitude and self-containment were exacting, perfect: Such is the formula for Keith Sonnier's technological constructions, which were arranged like altar­ pieces within [Kasmin Gallery’s] West Twenty-Seventh Street space in Manhat­tan's Chelsea,” he wrote.