The gallery would have been operating at a major loss without the sale of works brought by Rosales, collectors say in amended complaints 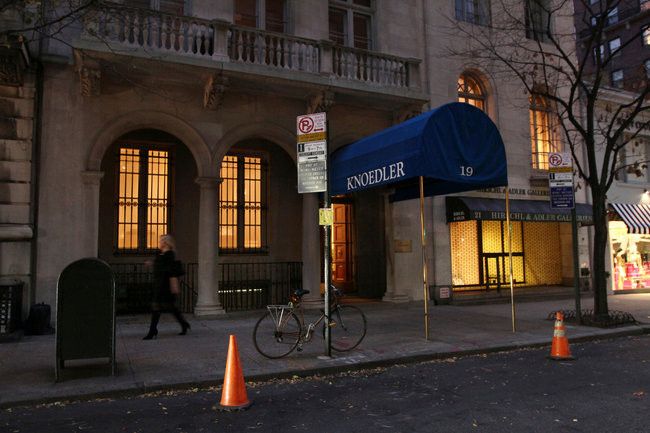 New allegations surfaced last week in two cases against the now-shuttered Knoedler gallery, its former director Ann Freedman, and the art dealer Glafira Rosales. Among the claims made by collectors in the amended filings is that Knoedler bolstered its declining finances largely through the sale of fake Abstract Expressionist paintings that came to the gallery through Rosales.

In a guilty plea made in September, Rosales admitted that all the works she brought to Knoedler are fakes. The US Attorney’s Office asked the judge hearing the civil lawsuits to halt any further activity because it might threaten the government’s criminal case, but the judge declined.

On 4 November, the collectors John Howard, and Domenico and Eleanore De Sole, filed amended complaints with information they say was uncovered in pretrial proceedings. Both collectors state, according to court papers, that Knoedler had a $29.5m net profit from 1994 until its closure in 2011 (excluding the sale of its building that year), but that without the works brought by Rosales, the gallery would have had a $3.2m net loss. Those sales were “the only thing keeping the company afloat”, the De Soles say in their new complaint.

The collectors also say that Freedman left the gallery in October 2009 because she was fired, and that the month before, Freedman and Knoedler received a grand jury subpoena. “As Freedman herself characterised it… she had been ‘kicked out’,” Howard says in his amended complaint.

Freedman’s lawyer Luke Nikas denies that she was fired: “She’d been at Knoedler for decades and done tremendous work. Receiving the grand jury subpoena and being on temporary leave [for two weeks in October]—it was very abrupt, and she decided to resign entirely voluntarily.”

Knoedler’s lawyer Charles Schmerler says in an email: “There is a very wide gap between what plaintiffs now have alleged in a last-ditch effort to save their failing claims and what the evidence clearly shows to be the truth.”