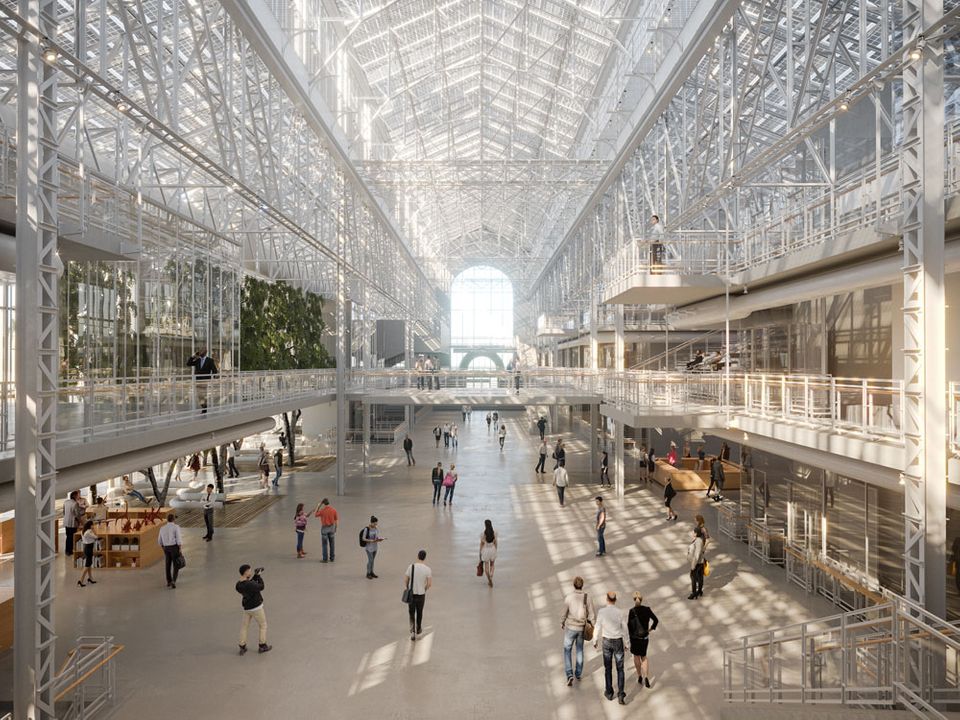 Russia has just marked the centenary of the iconic 1917 uprising, but another “revolution” is stirring. This time it is about art, not toppling autocracy, and will bring Moscow “out of the cold from a cultural perspective”, according to Teresa Mavica, the V-A-C Foundation’s director.

The transformation includes the 2019 unveiling of GES2, V-A-C’s Renzo Piano-designed contemporary art space in a former power station, which will complete a route coined the Museum Mile, a project initiated by the city of Moscow and linked to the My Street urban renewal programme. The stretch will knit together four big establishments “which have been used to working in quite an isolated ideology, but have now been forced to have a conversation,” Mavica says.

It will be possible to visit the Pushkin State Museum of Fine Arts on the north side of the Moscow River before walking over Patriarchy Bridge to GES2 on Bolotny Island. From here people can stroll to the Tretyakov Gallery on the south side of the water and finish up at the Garage Museum of Contemporary Art in Gorky Park. The Italian-born director also says there is a project to rebuild the “horrible [Patriarchy] bridge” from the Cathedral of Christ the Saviour.

“Moscow’s mayor wants to make this place like a cultural capital of the world, these are not empty words,” Mavica says. “The idea arrived after understanding the level of cultural segregation in which Moscow has been for so long. It’s time for the Russian capital to become more open, for institutions to work together and themselves become an important actor of the social movement—that is what I mean by an art revolution.”

The director of the Garage, Anton Belov, is the brainchild of the Museum Mile and initiated negotiations between the institutions before convincing the government to greenlight the plan in 2017. He is also excited about the prospect of working more closely with the city’s principle galleries. “The idea of the Museum Mile was born long ago and was invented because Garage was becoming a whole campus inside Gorky Park, as opposed to just one building. It is a unique project for us. It combines the two largest private institutions and two major federal museums,” he says. “This is indeed a completely new level of interpenetration. So far, it’s been possible to implement point-to-point projects between the Garage, the Tretyakov and Pushkin. Now this should reach a new level, thanks to the route and annual large joint projects.”

Despite My Street undoubtedly improving aspects of the city, the programme has come under fire for its ballooning budget, missed deadlines and disruption to residents. Konstantin Mikhailov from architectural preservation group Arkhnadzor claims the renovations have damaged ancient structures, while Moscow architect Yevgeny Asse told the Moscow Times that the city “has turned into hell”.

However, Mavica is in no doubt that Moscow’s art scene is on the brink of something special: “Give us a couple of years and we will make the centre beautiful.”