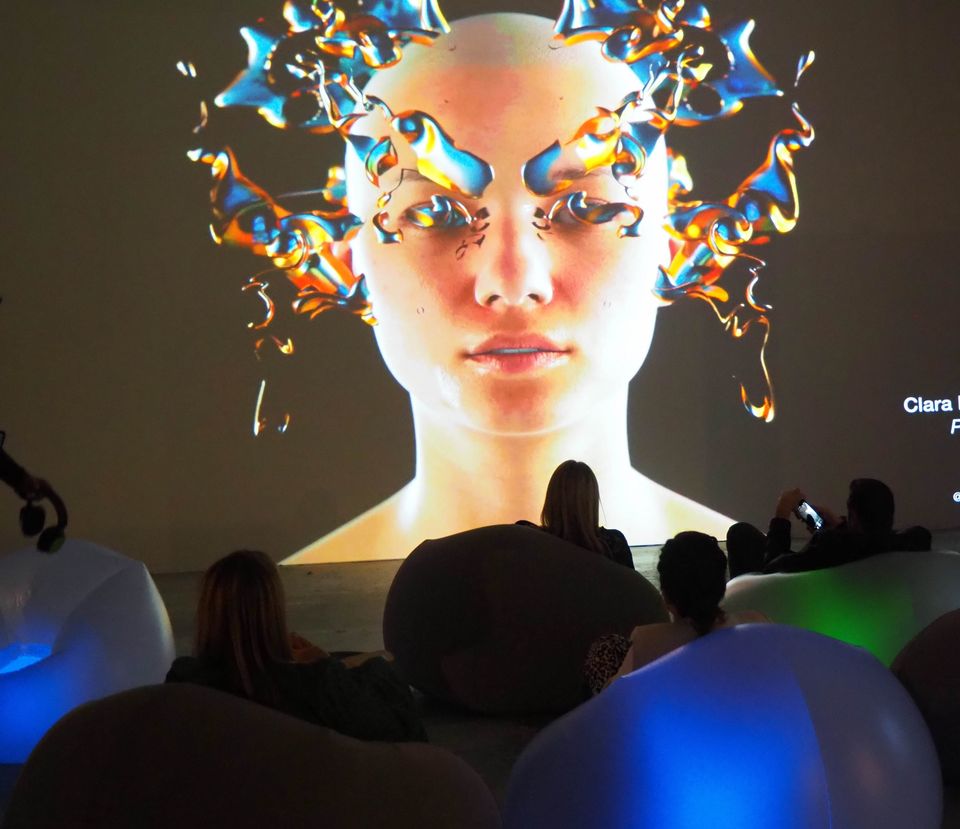 A video installation at the first Cadaf Miami in December 2019, Courtesy of Cadaf

The Contemporary and Digital Art Fair (CADAF) is to launch a new fair in Paris this June coinciding with Vivatech (11-13 June), Europe’s largest technology conference, in a bid to attract the tech crowd to this growing—if complex—area of the art market.

Following its first two editions in Miami and New York last year, Cadaf Paris, organised with the media group Beaux Arts & Cie, will be held at La Monnaie de Paris from 11 to 14 June, showing everything from “traditional” video art to more advanced VR and AI works. Around 50 artists and 15 galleries will take part, the organisers say, although names are yet to be announced.

“Lots of digital artists still don’t have gallery representation, as we know, so this is a chance to work directly with artists and institutions to promote understanding of their work,” says Elena Zavelev, the founder and chief executive of Cadaf, which launched last year as the only fair explicitly dedicated to the rising, yet still mysterious to many, sphere of digital and new media art.

“Digital artists often don’t have many platforms on which to effectively show their art, so they tend to stay online. So, we really wanted to provide them with a physical setting,” Zavelev says, adding that the event will be more sympathetically lit than the normal bright white of an art fair, an environment that tends to kill the viewing experience of digital works. The aim is to promote the work to both established and new collectors, in particular those oft-cited tech billionaires, hence the decision to hold the fair at the same time as Vivatech when that much desired community is in town (a collaboration between the fair and the conference is in discussion).

“We’ve seen a growth of collectors who work in tech but they are often not familiar with these artists,” Zavelev says. Jean-Baptiste Costa of Beaux Arts & Cie adds: “The second population of new buyers we want to grow here are corporations.”

Among the challenges to the market for digital and new media art are the complexities surrounding issues such as tax, conservation, display, provenance and authenticity. These will be addressed in the talks programme. “Provenance and digital authenticity are key concerns but they are increasingly being addressed by companies which have sprung up recently,” Zavelev says, adding that the fair has already partnered in the US with the blockchain company Artory, alongside the domain zone .ART, to “provide certificates of authenticity for all works sold at Cadaf.” Another area being addressed in the talks will be "the challenges of digital conservation in an age of fast-moving tech developments", Zavelev says.