New Museum and union reach agreement on a contract

After a strike threat, a marathon bargaining session results in an average pay increase of 8% for full-time employees 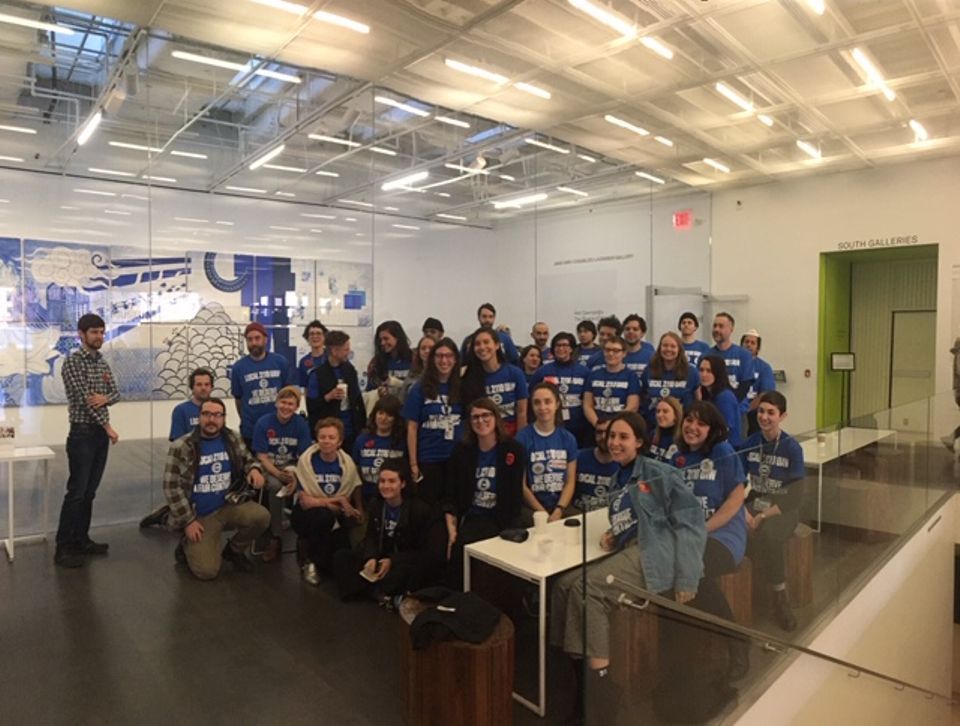 After six months of negotiations and a strike threat, the New Museum and the union representing its employees have reached an agreement on a five-year contract that calls for salary increases, increased paid time off and reductions in the cost of health care, the union announced today.

Members of UAW 2110 voted Tuesday to ratify the contract after their bargaining committee and the museum’s management came to an agreement on Monday night, said the union local’s president, Maida Rosenstein. She described the vote as “decisive”, adding: “It’s a very good contract.”

The accord grants full-time employees a wage increase averaging 8% in the first year, the union said. Hourly workers in visitor services and the museum store, who are mostly part-time employees, will receive average increases of 15%; wage increases of 3% will be given in following years. The contract also sets up a new four-grade classification system for full-time staff members with minimum salaries ranging from $46,000 to $68,500, the union adds.

The agreement followed a weekend of marathon negotiations between the two sides and an overwhelming vote by union members late last week to authorise a strike if an accord was not reached. The union then characterised management’s stance as hostile, while the museum maintained that “substantial progress” had been reached.

Employees voted in January to join UAW 2110 in a quest for better pay and protections for health and safety. As the workers began taking steps to organise, the museum initially enlisted the consulting firm Adams Nash Haskell & Sheridan, which bills itself as expert in “union avoidance”.

In a statement , the New Museum hailed the new contract, describing it as a product of “good-faith negotiations.”

“The museum made a strong offer this summer, and over the last couple months both parties came together to reach consensus,” it said. “This new contract will benefit the museum staff and set new benchmarks for institutions of our size.” (Overall, 87 employees in professional and technical staff positions are represented by the union.)

“The New Museum has invested in our staff and will continue to do so to promote a diverse and thriving culture,” the museum’s statement said. “We look forward to continuing to work together to advance the museum’s important mission.”

The union said the contract also provides for reduced employee contributions to health care costs, an increase in paid time off, and pay differentials for employees who do not earn overtime and work long hours during exhibition periods. A labour-management committee will be formed to address policy issues such as health and safety an employee diversity.

Union members had contended that their pay levels were unfair in the light of “disproportionately high” executive salaries and the museum’s campaign to raise $89m to expand its home on Manhattan’s Lower East Side.