Not just mummies: British Museum to expand collection with work from modern Egypt

Printed materials, textiles, photographs and items of everyday homeware from the 20th and 21st centuries to be shown alongside museum’s renowned holdings of ancient art

Renowned internationally for its ancient Egyptian art and artefacts, the British Museum has announced that it is now creating a collection of more recent work from the country. The Modern Egypt Project will focus on printed materials, textiles, photographs and items of everyday homeware from the 20th and 21st centuries. Part of the collection will go on display in the Egyptian sculpture gallery, close to the Rosetta Stone, from April 2017.

The British Museum, which holds the largest collection of Egyptian objects outside Egypt, hopes that the project will complement their current world-class holdings that include artefacts from the Pharaonic, Mamluk and Ottoman periods, and ethnographic material from the late-19th and early-20th centuries. Neal Spencer, the British Museum’s keeper of ancient Egypt and Sudan, says that the initiative was created partially in response to Egypt’s high profile—and often negative—portrayal in the media since the 2011 popular uprising. “We began to ask ourselves how we could represent Egypt now and in the future. Our historic collections include objects from all parts of life and society so why not for modern Egypt too?” he says.

The three main themes of the project are urban Egypt, graphics and images, and living with the past, which looks at how historic imagery has been re-used visually for modern Egyptian audiences. Current objects in the collection are primarily from the 1950s and 60s and include an Arabic language typewriter, a Nefertiti sewing machine, film posters and children’s toys. The collection will also include objects that are made outside of the country but for an Egyptian market, such as the mass-produced plastic Ramadan lamps from China. 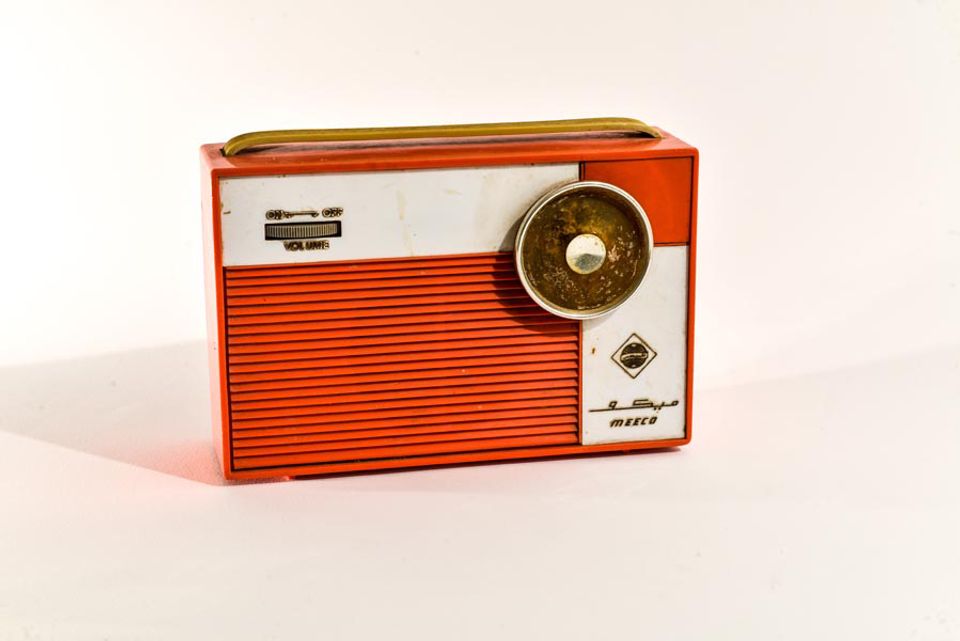 Radio set (around 1960) (Image: the trustees of the British Museum/Hesham Mohamed Hassan)

A selection of 25 objects from the collection have recently travelled to Egypt, where they were on display as a pop-up installation at the Kodak Passageway Space in downtown Cairo. The exhibition (12 to 19 October) was accompanied by a three-day programme of talks around the collecting of modern Egyptian objects. A short bilingual film of the pop-up events in Cairo will be available on the British Museum’s website next week.

When complete, around half of the modern Egypt collection will join the British Museum’s permanent holdings, while the rest will be donated to a yet-unnamed institution in Egypt. Mohamed Elshahed, the British Museum’s Cairo-based project curator for modern Egypt, says that he thinks the project will change the way that Egyptian history is collected and displayed in museums. “No museum inside or outside Egypt has actively collected material culture from 20th-century Egypt, a period that forever changed the country’s place in the Middle East and in the world,” he said in a statement.