Due to open to tourists in May, a recreation of the Old Summer Palace is seen by many as a reminder of a humiliating chapter in the country’s history

The managers of the Old Summer Palace in Beijing have threatened to sue the Hengdian World Studios film company for building a $5bn replica of the heritage site at its headquarters in Eastern China’s Zhejiang province, saying the recreation is a violation of intellectual property.

The palace administration said in a letter to Xinhua News Agency that the historic complex is “unique and cannot be replicated. The construction and development of the site should be planned by authoritative national organisations, and any replication of it should reach certain standards”.

The original palace itself is a controversial subject and its destruction is often seen as one of the most humiliating events in Chinese history. It was built during the Qing Dynasty (1644-1911) as a retreat for emperors, but in 1860, during the Second Opium War, the palace was ransacked and looted by French and British forces. This was in retaliation for China’s imprisonment, torture and killing of foreign delegates who had attempted to negotiate a truce.

When the studios recently announced that part of the recreation would open to tourists in May, it received a number of complaints, with some critics taking to social media site Weibo saying it would be better to leave the site in a dilapidated state than relive such a bloody chapter of the country’s history.

The founder of Hengdian World Studios, Xu Wenrong, defends the replica, however, telling Xinhua that the project is meant to educate a younger generation on Chinese history. 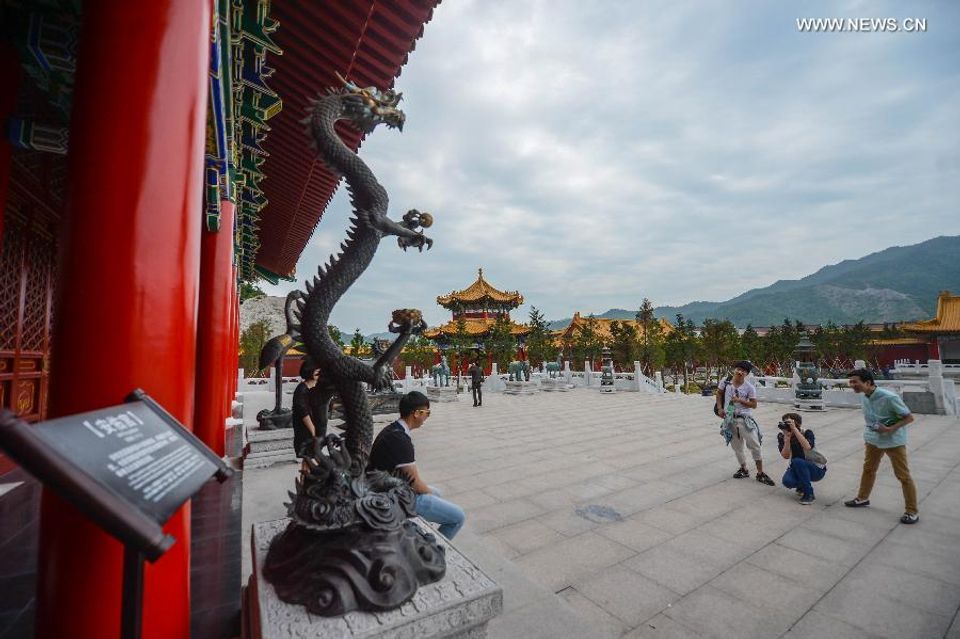