Annual Hiscox report estimates online market rose 12% to $4.22bn in 2017, but growth is slowing as platforms struggle to build trust and loyalty 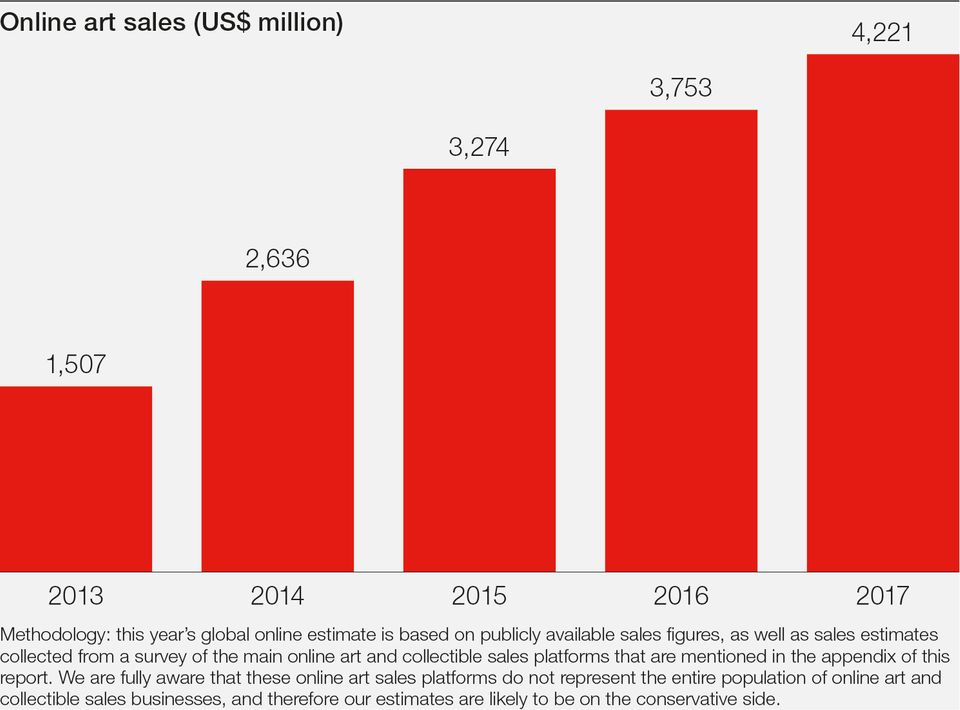 The growth rate of online art sales is slowing Hiscox/ArtTactic

The online art market is in danger of stagnating, with lack of transparency and trust a major stumbling block, according to the latest online art trade report published by the fine art insurer Hiscox in partnership with the London-based research firm ArtTactic.

Even as Instagram surges ahead as the art world’s social media platform of choice, and artificial intelligence is examined for its potential for luring buyers, the overall picture is downbeat as growth slowed for a second year.

In the 2018 Hiscox ranking, Christie’s Live came out on top, ahead of Artsy, Sotheby’s and Artnet (based on the qualitative responses of 831 art buyers asked about their online purchasing habits). Dallas-based Heritage auctions saw the biggest leap in sales, growing from $348.5m in 2016 to $438.3m in 2017.

“In a world where online consumers can easily compare prices for most goods, and where ‘value’ is more universally understood, the online art market has a real challenge… when it comes to educating and creating confidence among new online buyers,” says Anders Petterson, the founder of ArtTactic.

“Unless these issued are better addressed, I believe the online market will stagnate further, and risk becoming a club for the already converted, rather than a platform for broadening the art market—and its buyers—beyond its current boundaries,” he adds. 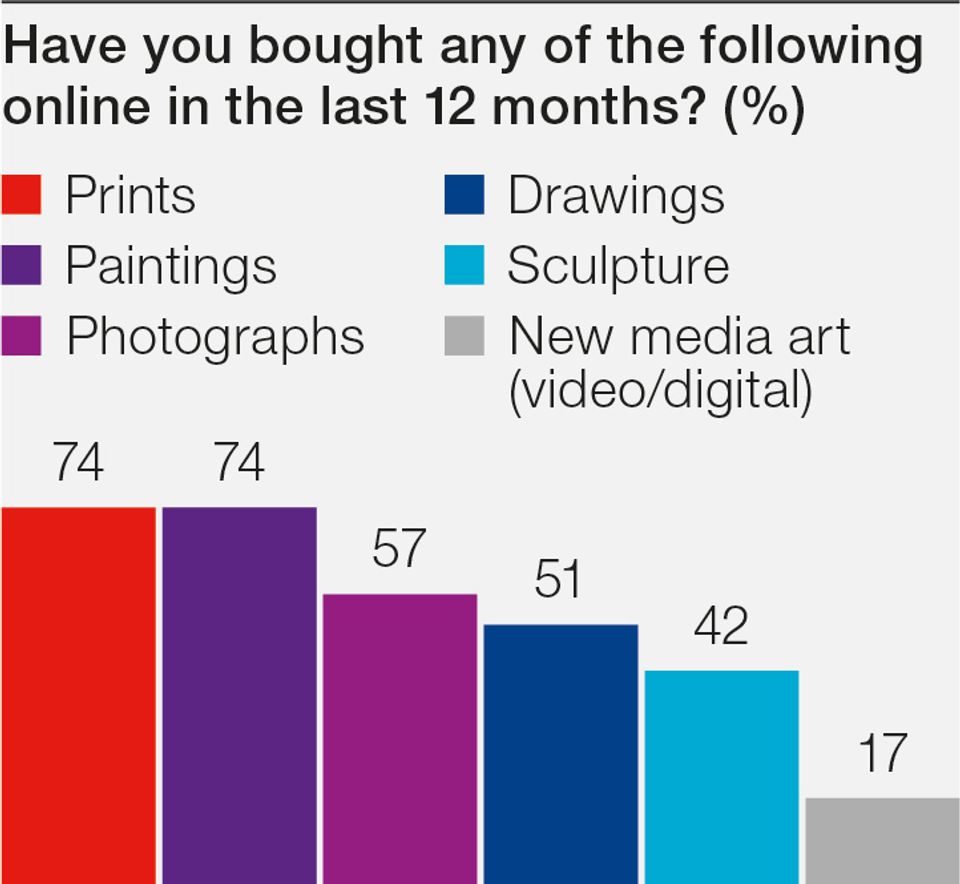 Price transparency is key for new buyers, 73% of whom say they would like to have access to comparable prices, and the report stresses that better price comparison tools must be made available. “The advent of big data combined with artificial intelligence could present more sophisticated ways of measuring the value of an object,” the report concludes.

Crucially, industry opinion is divided over how the online art market will pan out over the next five years. Four in ten respondents believe it will narrow towards a few global platforms; others think that an outsider, such as Amazon, could disrupt the market.

However, there are some silver linings. Around 52% of buyers who bought online in the past year say they will buy more art in the next 12 months. Thirteen percent of the 130 dealers and galleries canvassed expect online sales to grow by 30% in the next year.

On the social media front, a staggering 79% of art buyers under 35 use Instagram for discovering new artists. Art fairs such as Tefaf saw a marked rise—the grande dame of fairs currently has more than 39,000 followers—while Damien Hirst’s personal insights on Instagram are proving popular (the artist has 380,000 followers). Facebook, however, is losing ground—only 38% cite it as their preferred social media platform, compared to 49% in 2017.

The new report also examines the impact of cryptocurrencies such as Bitcoin. “The last year has really seen blockchain mania take off, with many claiming it can cure all the market’s ills,” writes Robert Read, the head of art and private clients at Hiscox. Blockchain technology is catching on with 19% of online platforms surveyed saying that it will be among the most competitive areas of the art market in the next year. “The future of the online art market is guaranteed, although the shape remains a mystery,” Read adds.