Museum at the University of Pennsylvania will open 10,000 sq. ft of reimagined spaces 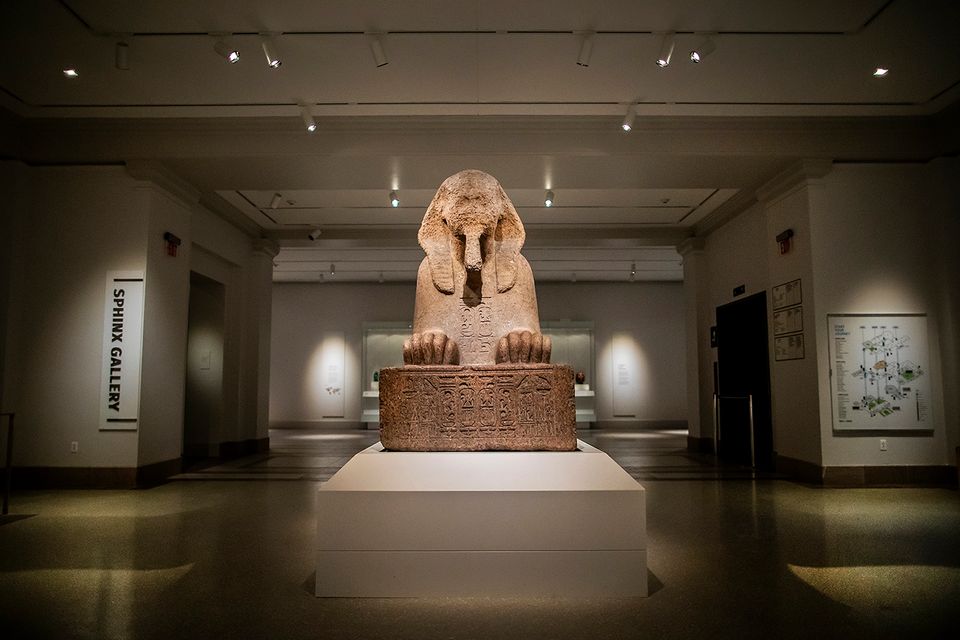 The colossal sphinx of Ramses II in the entrance hall of the Penn Museum Eric Sucar, University of Pennsylvania

Long known as a resource for students and researchers, the Penn Museum in Philadelphia will reopen its doors on Saturday with a new and dazzling approach to showcasing treasures ranging from Maya monuments to a 25,000-pound sphinx.

The transformation of the museum’s entrance hall, Mexico and Central America Gallery, Africa Galleries and auditorium is part of a makeover intended to make the museum at the University of Pennsylvania more attractive to the public at large. “I think it’s been completely reimagined, and along with that has obviously come a rebranding of its visual identity,” says Julian Siggers, who has been the museum’s director since 2012. “The general public has been very much on our mind.”

Formally known as the University of Pennsylvania Museum of Archaeology and Anthropology, the institution was founded in 1887 on the strength of the university’s archaeological expeditions. Its collections, which range from excavated artefacts to ethnographic objects collected from living peoples, span the globe. Last summer alone, Siggers says, the museum sponsored 23 excavations.

The recent renovations in the museum’s ongoing multimillion-dollar “transformation” project revamp 10,000 sq.ft of public spaces. New interpretations are in evidence: In the 4,000-sq.ft Africa Galleries, for example, older pieces are exhibited alongside contemporary artworks while also addressing sensitive issues of provenance. “With the Benin material in particular, we are very overt [in relating] how much of this material was supplied,” including “some circumstances that involved objects being taken by force”, Siggers says.

A 2,000-sq-ft Mexico and Central America Gallery highlights corresponding elements in civilizations throughout the region. And the entire entrance hall is now devoted to one of the museum’s favourite attractions, the monumental sphinx of the pharaoh Ramses II, which dates from between 1293 and 1185BC and was excavated in 1913 near Memphis in Egypt. 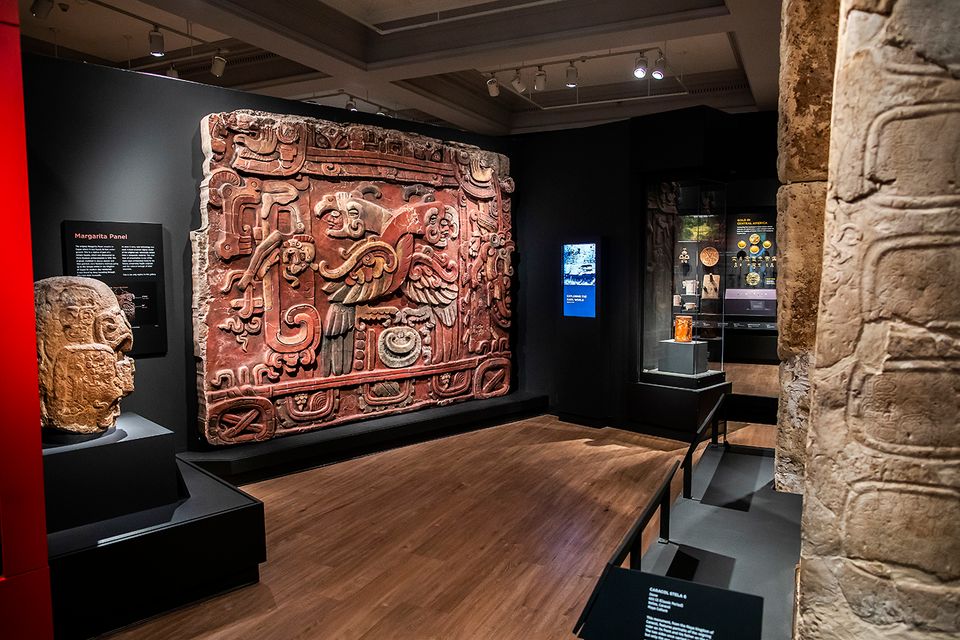 The Mexico and Central America Galleries at the Penn Museum Eric Sucar, University of Pennsylvania

An adjoining small gallery will have a single marquee object that the museum will swap out four times a year, Siggers said. The institution’s auditorium has meanwhile been revamped to seat 600 people in a dramatic space “with the largest unsupported masonry dome in the United States”, he adds.

A temporary gallery for Egyptian art is open pending a 16,000-sq-ft makeover of the museum’s Egypt Galleries, which is expected to be finished around 2021. A 6,000-sq-ft suite of Middle East Galleries opened last year.

The museum is also expanding its global guides program, in which immigrants and refugees from Iraq and Syria have been leading tours of the Middle East Galleries while recounting their own stories. Six new guides from Mexico, Central America and Africa have been enlisted.

Before the museum embarked on renovations, Siggers says, its annual attendance ranged from 180,000 to 200,000 visitors. In the next few months, the museum expects that number to balloon by 60% before settling at an increase closer to 30%, he adds.

“At our core, we will always be true to our mission as a research and teaching museum,” Siggers says. “But with the redesign of our public spaces and galleries, we’ll also have enormous appeal to public audiences.”