While the top lot of the night—a fiery self-portrait by George Baselitz—struggled to meet its low estimate, a bidding war broke out over Dana Schutz's painting of a bright orange Trump 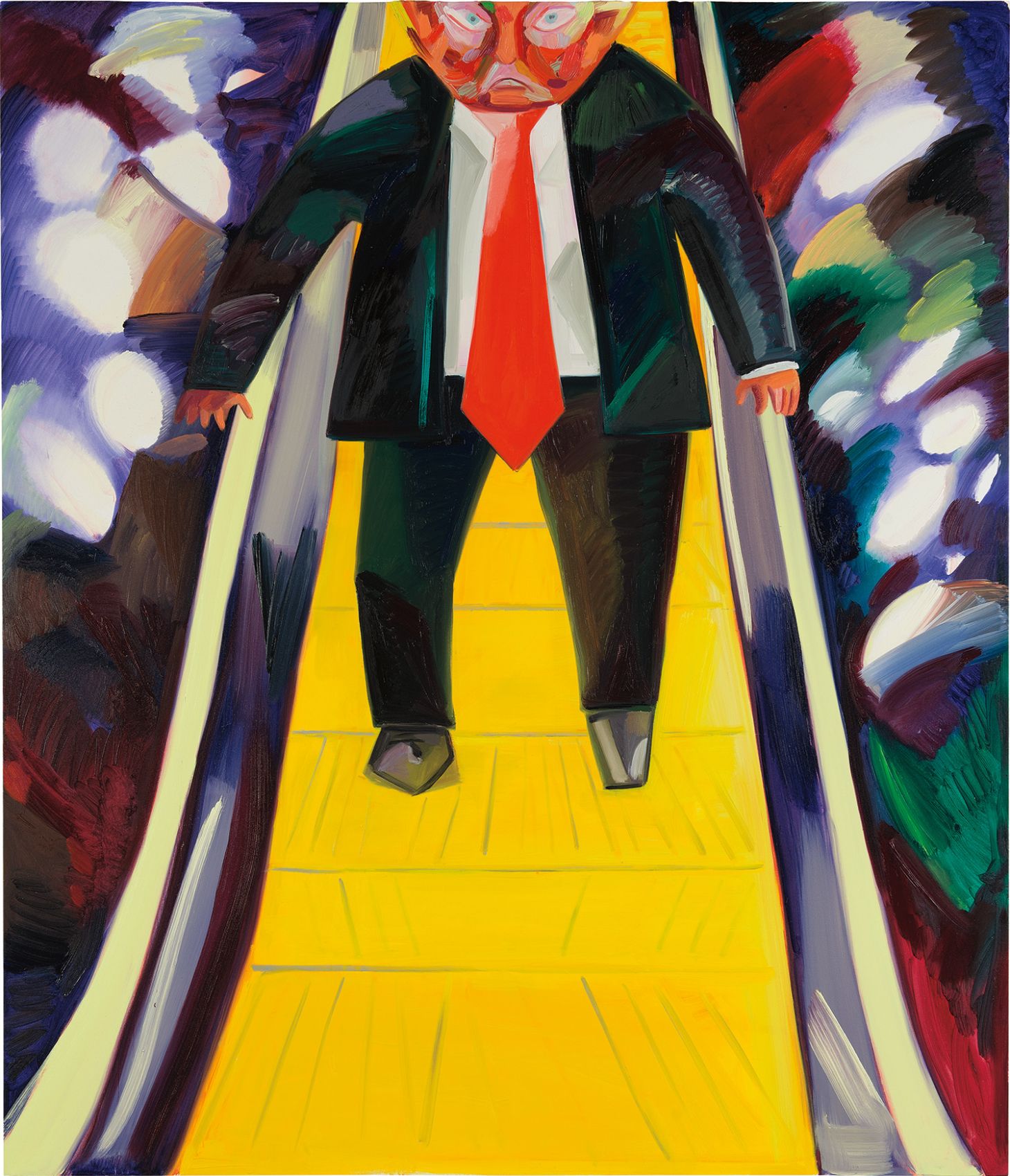 Kicking off this week’s sales in London, Phillips hosted its 20th Century and Contemporary Art Evening Sale tonight with a total of 38 lots netting a healthy sell-through rate of 94.7%. Just two works failed to sell, pieces by Jason Rhoades and Wolfgang Tillmans, while Damien Hirst’s The Body of Christ (2005) and Hard Feelings (2010) by KAWS had been withdrawn before the auction began. A dozen works (31%) carried guarantees going into the sale and, all in all, the evening netted a handsome £26.3m with fees (all prices include buyer’s premiums unless otherwise indicated), squarely within its pre-sale estimate of £22.2m to £30.85m.

One of the evening’s most talked about lots was Dana Schutz’s Trump Descending an Escalator (2017), which sold for £550,000 (£688,000 with fees) just two weeks before the impending and already contentious US election. An early lot in the sale, the painting of the controversial US president by the controversial US artist inspired a quick bidding war between three buyers on the phone before selling at the top end of its estimate. At seven by six feet, the canvas is as overbearing as the orange-faced figure it represents; Schutz originally created the work for We need to talk...Artists and the public respond to the present conditions in America, a fundraiser hosted by Petzel Gallery just after the 2016 election. Immediately following, a version of Banksy’s signature image, Girl with Balloon & Morons Sepia (2007) doubled its low estimate of £500,000, hammering for a clean £1m (£1.3m with fees).

Yet the top lot of the evening, Georg Baselitz’s vibrant and fiery self-portrait Das letzte Selbstbildnis I (1982), sold for £4.1m, just under its £4.7m to £6m estimate. The piece, which comes originally from the collection of Parisian collector Marcel Brient, is a nod to one of Baselitz’s influences, Edvard Munch, who also created distorted and harrowing self-portraits. 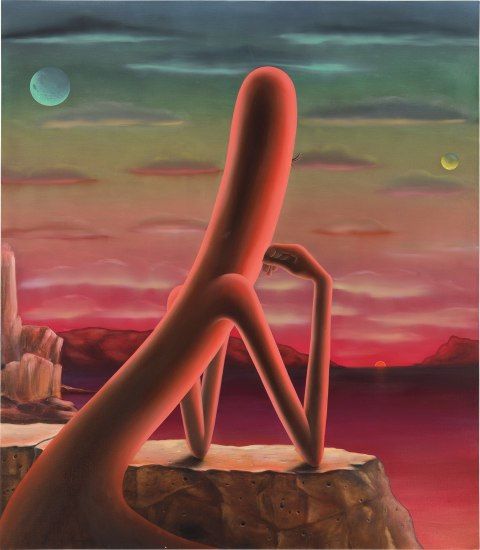 A few other lots by tried-and-true blue-chip names besides Baselitz were able to break seven figures over the course of the evening. These included Jean-Michel Basquiat's Untitled (Pestus) from 1982, which fetched £1.8m; one of Andy Warhol’s iconic Flowers at £1.3m; George Condo’s The Age of Reason (2010) at £1.85m; as well as an aluminium mask by Keith Haring, Untitled (Grace Jones Mask) from 1987, which sold for £1.7m. The Condo and Haring—as well as another piece by Jean-Michel Basquiat, Back of the Neck (1983), which fetched £628,000—were sold to benefit the Bedari Foundation, a private family foundation dedicated to health and wellness of the global population, as well as environmental conservation.