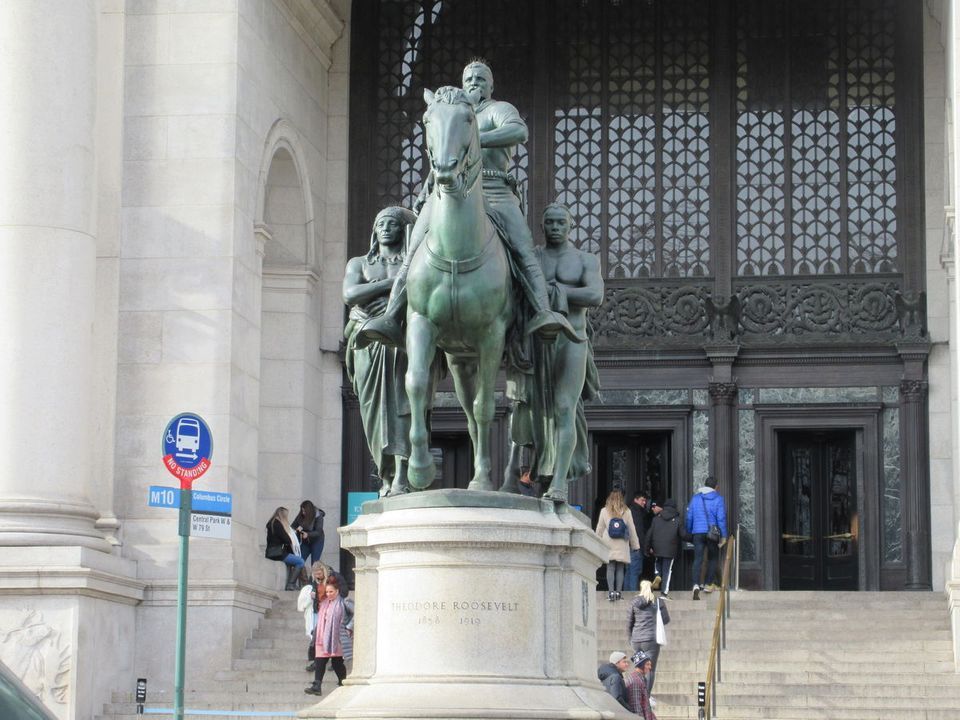 Last summer, amid debates about what to do with problematic monuments, the American Museum of Natural History asked city officials to remove a statue of Theodore Roosevelt that has sat in front of the institution since 1940, and which has more recently come under fire. The New York City Public Design Commission voted unanimously to fulfill the request at a public meeting held earlier this week, and they will now relocate the statue. Neither a date of its departure nor where it will be housed next have yet been identified, but a spokesperson for the museum told The Art Newspaper that they “expect the removal in the coming months”.

"The statue is intended to be relocated to a cultural institution, or its grounds, dedicated to the life and legacy of Theodore Roosevelt,” the spokesperson for the American Museum of Natural History added. “Discussions concerning storage and ultimate destination are ongoing.”

The statue, which depicts the 26th US president on horseback with a Native American and an African man flanking him on either side—both of whom are shirtless and stationed below him—has been under scrutiny for many years now. In 2017, it was one of four memorials being reconsidered by a city commission, which ultimately reached a split decision on its fate. Roughly half of the panel recommended that the statue be removed, while the majority of the remaining panelists recommended more research be done. A few suggested a third option, which was that the statue should remain in place but with the addition of further signage acknowledging the offensive nature of the work.

“Height is power in public art, and Roosevelt’s stature on his noble steed visibly expresses dominance and superiority over the Native American and African Figures,” the panel wrote in a report, which was published in January of 2018. The report added: “Whatever the intent at the time of its commissioning, the sculpture reads as a depiction of hierarchy to many viewers in New York City today.” The following year, the Museum of Natural History hosted an exhibition called Addressing the Statue, which aimed to contextualise the statue and acknowledge the controversy.

“Many view the hierarchical composition of the statue as inherently racist, because the visual construct appears to portray the superiority of the white race. Today, the statue's placement greeting visitors to the museum appears to imply an endorsement of its content—or perceived content—undermining the museum's mission,” Dan Slippen, the vice president of government relations at the museum, said at this week’s meeting. “The understanding of statues and monuments as powerful and hurtful symbols of systemic racism became even more evident in the wake of the movement for racial justice that emerged after the murder of George Floyd,” Slippen adds, noting that “it has become clear that removing the statue would be a symbol of progress toward an inclusive and equitable community.”

Rolando Kraeher of Studio Kraeher Architects has been tasked with redesigning the space following the statues removal. In the meeting, Kraeher said the new design will be “as simple and minimal as possible” and will allow visitors “the opportunity to see the Roosevelt memorial as a place which is open to all”, which they can “think about and respond to in their own way”. Kraeher adds that “removing the statue creates an opportunity for a new concept about inclusivity, openness, and welcoming”.