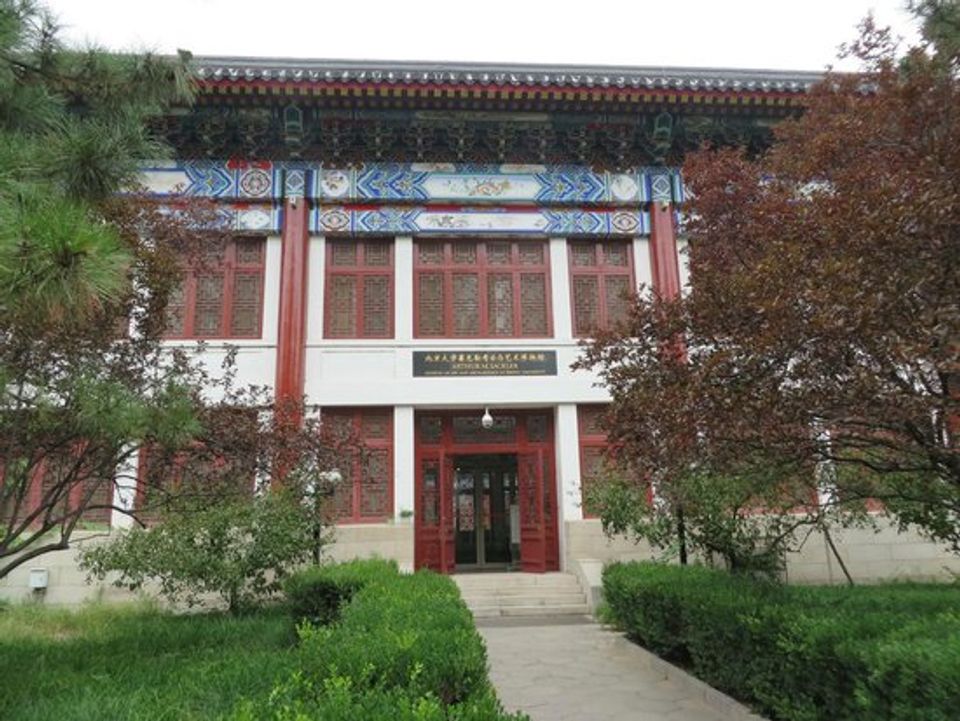 The Sackler Museum at Peking University

The Arthur M. Sackler Museum of Art and Archaeology at Peking University in Beijing, which opened 25 years ago in 1993, is just one of many institutions that benefited from the largesse of Arthur M. Sackler. But because Purdue Pharma—the company acquired and built up by Arthur and his brothers Raymond and Mortimer Sackler—created and aggressively marketed the prescription painkiller OxyContin, the Sackler name is now more associated with the American opioid crisis than cultural philanthropy in Asia.

Arthur Mitchell Sackler MD died in 1987, at the age of 73, nine years before the invention of OxyContin. His descendants sold their shares of Purdue Pharma to his two brothers soon after, and Arthur’s side of the family insists that it has no connection with Purdue or its bestselling drug. Court documents published by the investigative media organisation ProPublica, however, show that Purdue paid Arthur’s estate a settlement of $20m through 1997, one year after OxyContin was approved by the US Food and Drug Administration, and the pharmaceutical company’s profits skyrocketed. Jillian Sackler, Arthur’s third wife, disputes that this payment is a significant link. “Arthur never received anything from OxyContin or opioids. Neither did his Trust nor Foundations. Nor have I,” Jillian Sackler says, adding that the Purdue payment was agreed upon shortly after his death. “I did not even realise the brothers paid over a number of years. The fact that in the meantime they developed OxyContin and were making money from it has nothing to do with the payment to Arthur’s estate.”

Arthur’s daughter Elizabeth Sackler, a historian and former trustee of the Brooklyn Museum, has stated: “The opioid epidemic is a national crisis and Purdue Pharma’s role in it is morally abhorrent to me.” But activists like the artist Nan Goldin, who revealed her own struggles with opioid addiction last year, still hold Arthur’s heirs accountable, due to his marketing tactics for the drug Valium, which shook the prescription landscape. In 2007, Purdue officials pleaded guilty to misleading doctors and regulators about the addictive nature of OxyContin as part of a $600m settlement, while hundreds of fresh lawsuits have been filed against the company in the states hit hardest by the epidemic. Arthur’s descendants have not been implicated in any of the legal cases, but there here have been calls for all sides of the Sackler family to turn their philanthropic power towards funding clinics and addiction education.

Arthur Sackler rarely gave interviews, but Jillian agreed to speak with The Art Newspaper. Here is her view of the legacy for which she would rather he be remembered.

Born poor, Arthur Sackler grew up in Brooklyn and studied medicine while also taking classes in sculpture and art history, Jillian says. A specialist in biological psychiatry, he became an expert in schizophrenia, developed histamine as a hormone, was the first doctor to use ultrasound for diagnosis and even racially integrated New York’s blood-banks, while creating America’s leading medical newspaper. He was also busy founding and funding cultural and scientific institutions: a medical school in Tel Aviv, an institute at NYU, academic centres at Clark University and Tufts, as well as wings at the Metropolitan, Harvard, Princeton and his own enormous eponymous gallery at the Smithsonian.

“Science is a discipline pursued with passion; art is a passion pursued with discipline,” was his mantra as an obsessive collector who eventually focused on Chinese art. According to Jillian: “The result was the largest and most comprehensive collection ever amassed outside China by a private person.”

“Arthur was already supporting China back in the 1930s by raising money for humanitarian aid,” Jillian says, “and he first travelled there in 1976 to advise the health industry.” The couple went there so regularly it became something of a second home. Sackler always thought China needed a major teaching institution to introduce and implement modern museological standards. “When Arthur died, I had to carry on the work he had started.” The Peking Museum finally opened in 1993. “My husband said at the time that he had had a 50-year relationship with China and that he hoped I would also have a 50-year relationship from that time forward, so that our total relationship will stand 100 years. I will try to make it so.”

As the first teaching museum in the country, it has served as Alma mater to the majority of China's most distinguished archaeologists and art professionals, and led the way to China’s current museum boom. The museum’s collection includes the bones of Jinniushan Man dating back 280,000 years, a vibrant contemporary art programme, and the Jillian Sackler Sculpture Garden.

Now, for its 25th anniversary, comes the announcement of a major addition to commence in 2020. As Jillian explains, “It was the first modern museum in China, several years before the Shanghai Museum opened. Arthur respected Chinese history and the fact they have made so many innovations, especially medical.” Or in the words of the Arthur Sackler himself, “The beauty of art is eternal. For me, Chinese art has been the enrichment of eternal beauty.”