More than 13,000 visitors came out to see and buy works on paper at the six-day event

A sluggish economy and fears of terrorist attacks have hurt attendance at Paris art fairs in the past year but the Salon du Dessin, which closed on Monday, bucked that trend. Organisers said that the six-day work on paper fair held at the Palais Brongniart drew 13,000 visitors—a 4% increase from last year—and dealers reported strong sales in the five- to six-figure price range.

In the Modern art sector, the Paris-based Hélène Bailly Gallery sold a print by Toulouse-Lautrec, Nice Carnival, arrival of the mailcoach (1882), with an asking price €200,000-€250,000, and Picasso’s Veilleur du Sommeil (Guardian of Sleep) (1931), priced at €100,000-150,000. Galerie de la Présidence sold Signac’s ink wash painting La Rochelle Harbour (1924) for €80,000 and a work by Vieira da Silva for more than €50,000. And Giacometti's Molloy (around 1951), a pencil and ink drawing on the title page from Samuel Beckett's novel with the same name, went for €75,000 from the stand of the New York dealer Jill Newhouse. Another drawing, Picasso’s Nu couché et tête (1972), a page cut out of the artist’s sketch book and last exhibited in public in 1972, was reserved until Thursday at an undisclosed price at Galerie des Modernes.

Sales of Old Master works included a Jean-Marc Nattier portrait, Mlle Baronet and her mother, sold by Talabardon & Gautier for more than €100,000. American collectors were reported buying a piece by Greuze for €75,000 at Brady & Co of New York and a work by Federico Barocci for €70,000 from Arnoldi-Livie of Munich. And the Rijksmuseum’s curator Jane Turner picked up Van der Mijn’s Head of a Woman for €5,000, recognising it as a preparatory sketch for a painting in the museum’s collection. 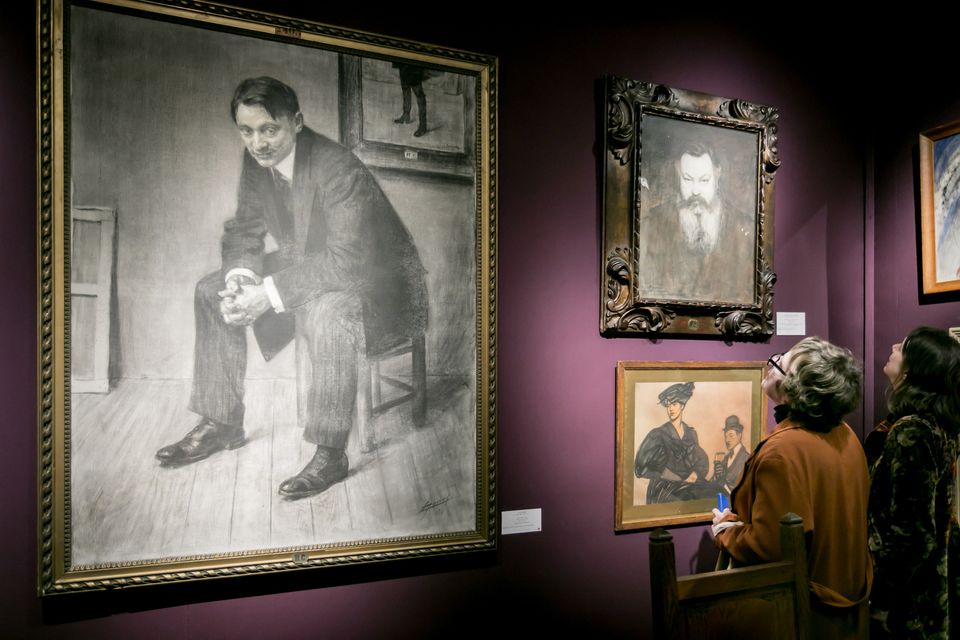