The material, which reflects 98% of light, will have significant use in cooling buildings and fighting climate change 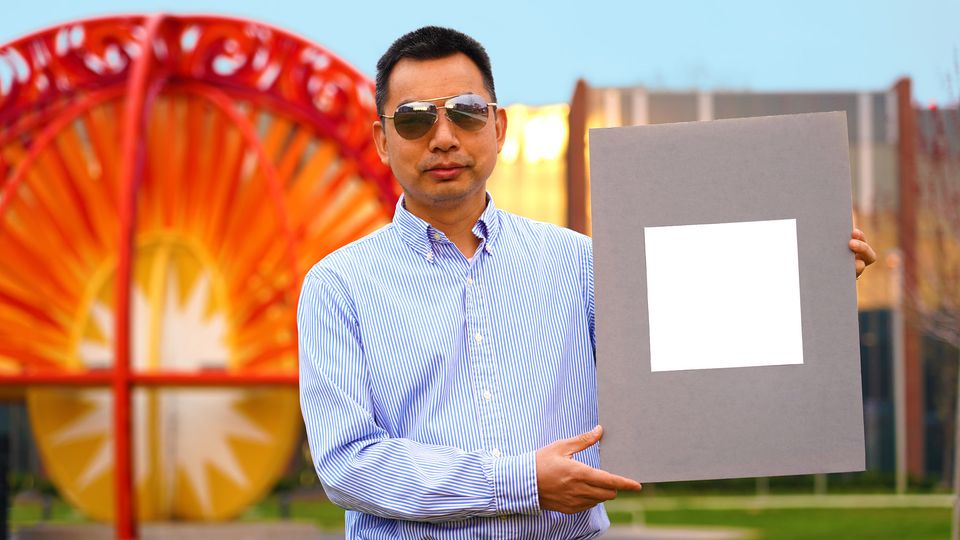 Scientists have unveiled a paint said to be the "whitest on record", and the museum world is keen to get their hands on it.

Researchers at Purdue University, Indiana, have spent six years developing a paint that reflects 98% of the light from its surface and deflects infra-red heat. This compares to 80-90% of the light reflected by commercially available white paint, according to the lead researcher Xiulin Ruan. It can do so due to the high concentration of a chemical compound called barium sulfate, also used to make photo paper and cosmetics.

Its application will likely have significant effects in fighting climate change, as tests have found that covering roofs in the paint can reduce surface temperatures of buildings by 4.5°C below the ambient temperature.

But the aesthetic qualities of this new pigment are garnering attention too. According to Ruan, an art museum has already been in contact with the team, asking to exhibit the material alongside VantaBlack, the world's "blackest" paint. He declined to reveal which museums have asked to show the material.

The sole rights for the artistic use of VantaBlack, developed by Surrey NanoSystems in 2014 for aerospace purposes, were controversially awarded to the British Indian artist Anish Kapoor. In an interview with The Art Newspaper, Kapoor rebuffed arguments that no artist should monopolise a pigment, and says that the paint requires expensive specialist equipment including a reactor for it to work. The artist is due to debut his VantaBlack works during the Venice Biennale next year.

Unlike VantaBlack, the developers of the whitest paint hope to make it readily available to consumers and are working with a producer to distribute it. They say that it should be available in one to two years.

A spokesperson for Surrey NanoSystems told BBC News that the exclusivity deal with Kapoor would not preclude the whitest paint being displayed alongside VantaBlack in a museum. "That isn't art. We would see it as an educational display for people interested in the science and technology behind extremes of light and darkness."