Exclusive survey: how small US galleries are surviving the coronavirus crisis as Trump tables relief plans

With a second federal aid package stalled until after the election, our study reveals the financial straits some galleries are finding themselves in—and how they are responding 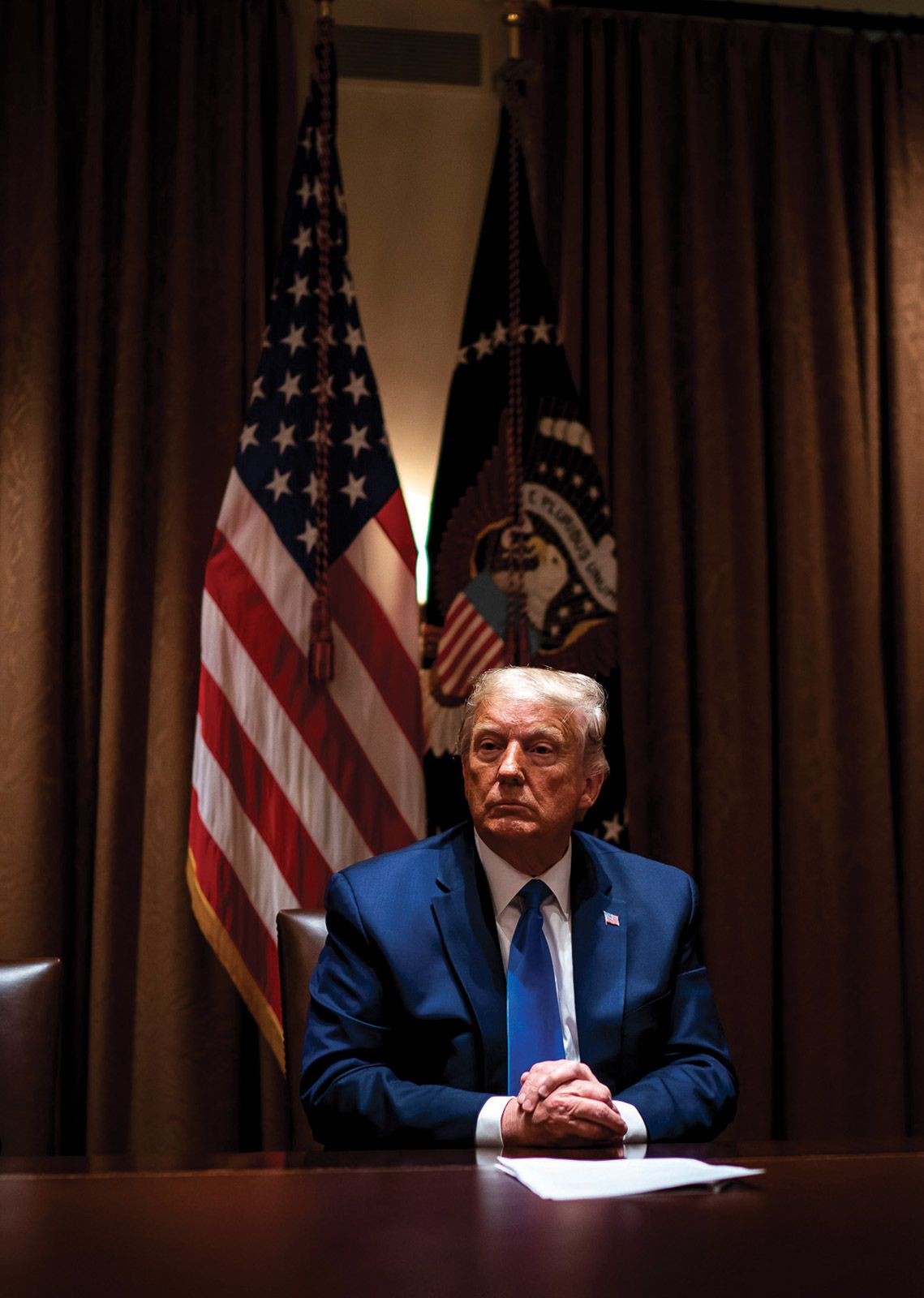 One day in March, the shoebox-sized Lower East Side gallery signs & symbols opened a new show in New York—and then promptly closed it for almost four months, thanks to Covid-19. In that lockdown lull, however, the gallery’s owner, Mitra Khorasheh, says that her workload has only grown more challenging. “We’re working twice as hard as we used to,” she says.

Even as US galleries have reopened for business, many of the smaller establishments—some of which employ only part-time contractors and lack the paper trails and payrolls required to apply for federal relief aid—have survived only through sheer will and creativity. With the Trump administration slowing a second round of stimulus plan negotiations in the lead up to the presidential election this November, these galleries are more vulnerable than ever. Now, with prospects of a second lockdown looming during the winter months and the suspension of most fairs and events rolling well into 2021, galleries say their survival is at risk.

A survey conducted by The Art Newspaper in mid-October of 40 small to mid-sized galleries across the US found that roughly 75% of them face severe financial hardship or even closure within the next year without more monetary aid. Of the survey respondents, 35% reported that they are financially secure for the next year, while 22.5% say they are secure for only six months; 7.5% are secure for less than six months and 10% reported being entirely insecure.

While many mid-size galleries—those with at least a handful of full-time employees—have received government aid, those funds generally only represent one to three months worth of staffing and operational expenses. Three quarters of surveyed galleries say they received forgivable Paycheck Protection Program (PPP) loans through the federal CARES Act back in April, with the average aid received amounting to $22,000. But for the smallest spaces, those loans have been out of reach .

Khorasheh applied for a PPP loan nine times and was summarily rejected. The gallery is now operating month-to-month. Khorasheh’s landlord accepted her three-month security deposit to cover rent for April, May and June; since then the gallery has been surviving on the profits made from an online shop she set up during lockdown that sold affordable artist editions and $35 postcard-sized works. The latter initiative was picked up by Vogue Italia, prompting a bevy of orders from Europe.

Indeed, the smallest ventures have proved remarkably resilient in the face of immense challenges for a bricks-and-mortar art business. “I’m thankfully hearing not as much talk about people having to close their doors as I thought we might be hearing at this point,” says Heather Hubbs, the executive director of the New Art Dealers Alliance (Nada). “People took action and reduced their overheads and figured out ways to make things work. [The] big wild card is rent.”

Around 42% of survey respondents say that their rent comprises 25% to 50% of their monthly outgoings. Another 27.5% say it amounts to more than 50%. The burden of rent is what led the New York project space Assembly Room (AR) to give up its Henry Street gallery in April and move its activities entirely online. “Assembly Room was everything we dreamed about because it’s a space to have an exhibition program,” says Yulia Topchiy, who co-directs the gallery with Natasha Becker and Paola Gallio. The cost of their rent has historically comprised about 60–70% of their total outgoings. The trio had supplemented the gallery’s budget with money from other jobs, but when the Covid-19 crisis hit, they felt they could continue to serve their community with online programming and forgo losing thousands of dollars on a space sitting empty. 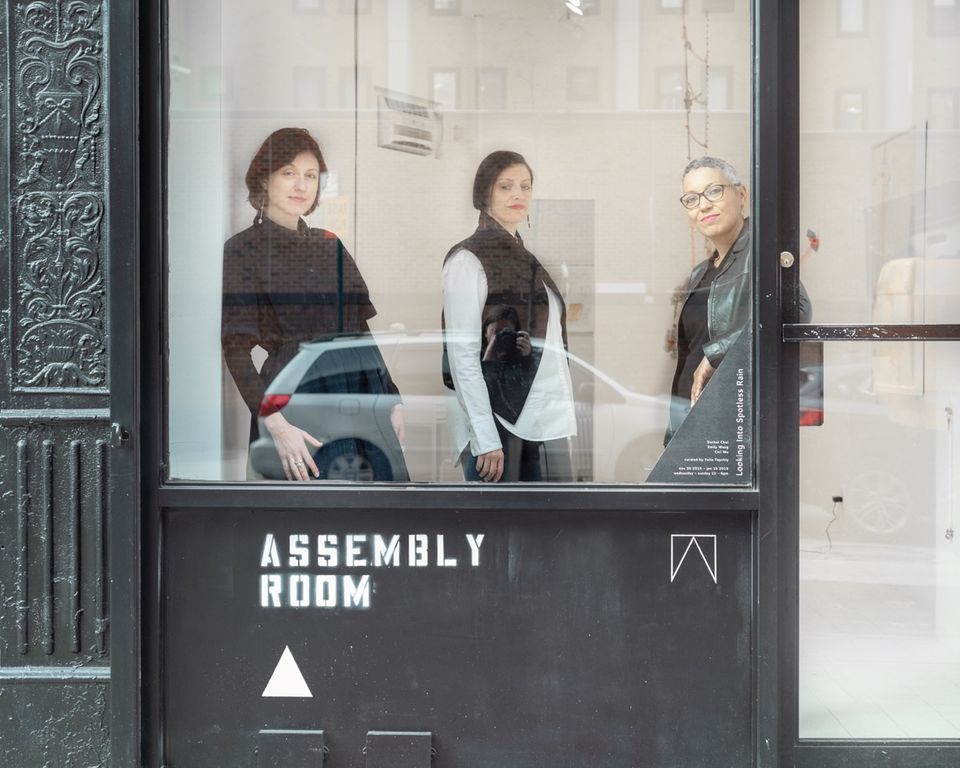 The co-directors of Assembly Room chose to give up their gallery space at the start of the pandemic. Photo by Elisabeth Smolarz

“We made a very quick assessment that this could be a long-term situation and we’d rather focus our reserves on taking care of ourselves and our families, and really be there for all the curators and everyone who is going to go through this major upheaval and crisis,” says Becker, who co-directs the space with Yulia Topchiy and Paola Gallio. They have continued to work as a collective, supporting independent curators via online meet-ups and grant-funded professional development workshops on Zoom.

The three AR directors say they are also making modest sales via their website and Artsy page, and getting paid to curate shows as a collective, like their current series of events at the International Print Center of New York, Living in America. For now, they have no plans to establish roots in another bricks-and-mortar.

With the eviction freeze in major cities such as New York lifted in October, it seems inevitable that more small art businesses may move their operations entirely online in the coming year. Nearly half (43.5%) of survey respondents say they would pivot to an entirely online programme if property costs forced them to close their spaces.A nother 38.6% say they would at least consider an online-only venture.

43.5% of galleries would move to an entirely online programme if forced to close their physical spaces

Some small businesses have found the market’s mass migration online a bonus. Ivy Jones, the owner of the Brooklyn gallery Welancora, has seen significant sales activity via Instagram and, in December, she will participate in Untitled, her first-ever art fair—albeit online. The relaxation of “gatekeeping” rules as fairs have moved online and, crucially, the reduction of exhibitor fees has been particularly useful, Jones says. “It might have been another year or two before I’d have been able to participate in a physical [edition of the fair].”

Yet in states where lockdowns have been less strict, in-person sales remain key. “For better or worse, the lack of guidelines from the state has allowed us to operate pretty much the whole time,” says Nina Johnson, who owns an eponymous gallery in Miami, Florida. “We’re not a walking city anyway, so 60% to 70% of our clients have always come to see us by appointment anyway,” she adds.

Just as galleries in different states have faced distinct economic conditions brought on by the pandemic, businesses run by women and minorities may be facing more acute financial distress due to pre-existing economic biases. Broadly, Black business ownership in New York fell 70% between February and June, an August US Federal Reserve study found, and 85% of minority- and female-owned firms don’t expect to make it through the year, a survey by the city comptroller’s office found. In The Art Newspaper’s own survey, 55% of respondents identified as white or Black, Indigenous or People of Colour (Bipoc) female-led businesses, and it was these respondents that proportionally reported the least amount of financial security.

Still, for some Bipoc-led galleries, there has been a small silver lining in the shifting of social consciousness in the art trade. “There are museums that are looking to acquire female and Black artists, and if you are representing those artists then you might be getting sales opportunities,” says Karen Jenkins Johnson of the established mid-size gallery Jenkins Johnson in San Francisco, which also has a project space in Brooklyn. She says her gallery has benefitted from those opportunities, bolstering her struggle to keep the gallery financially healthy with the help of two PPP loans for each space, various online sales platforms and rigorous cost-saving.

“With all of the social unrest that we saw during the spring, a by-product of that was folks thinking about ‘buying Black’, so there was a lot of attention placed on spaces like mine,” Welancora’s Jones says, adding that, even in the best of times, women- and Bipoc-led spaces are used to being thrifty.

“Somehow we’re making it work,” Khorasheh says, noting her gallery’s current show of works by Rachel Liebeskind nearly sold out. But amid ongoing economic uncertainty in the US, she says “who knows if we make it ’til December?”