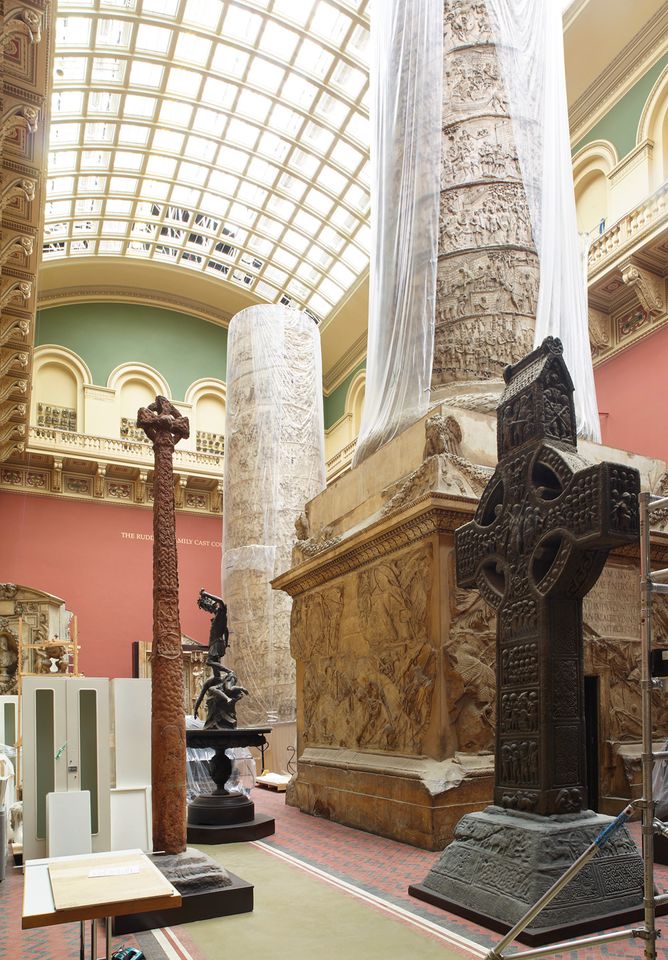 The Victoria and Albert Museum (V&A) has added a new twist to an old classic. The towering reproduction of Trajan’s Column has been one of the London institution’s star exhibits—and its largest object—for nearly 150 years. But from 1 December, visitors will be able to do more than just gaze at the 19th-century plaster cast of the Roman monument: they can go inside it. The column’s interior has been transformed into a “quiet breakout space” as part of a major refurbishment of the museum’s West Court, now renamed the Ruddock Family Cast Court, which sought to reinstate the gallery’s original Victorian decor. It is the second and final phase of the redevelopment of the V&A’s two cast courts, which began in 2011 with a major overhaul of the Weston Cast Court.

“Once you step inside the cast of Trajan’s Column, it’s Victorian engineering meets ancient Rome,” says Angus Patterson, the V&A’s senior curator of metalwork. The museum purchased the plaster cast—one of a set made from a metal electrotype of a mould commissioned by Napoleon—in 1864. The cast, which fits together like a giant jigsaw puzzle, was built around a brick core. Wooden beams, acting as stabilisers, crisscross the column’s interior, and holes for the wood scaffolding that was erected inside the column during its construction can still be seen. Long used for storage, the column’s interior now contains benches, so visitors can contemplate this Victorian feat of engineering, as well as interpretative texts related to the cast and the ancient Roman monument.

The gallery’s refurbishment gave conservators the opportunity to clean and assess the condition of the casts displayed in the court, including copies of the 12th-century Pórtico de la Gloria from Spain’s Cathedral at Santiago de Compostela and of a 16th-century tomb designed by Peter Vischer that incorporates sculptures by the German sculptor Tilman Riemenschneider. They analysed the different types of plaster used to create the copies and documented surface finishes. When examining Trajan’s Column, they found glass shards left over from when the glass roof was damaged during the Second World War. They also discovered that conservators who treated the monumental cast in 1929 had inscribed their names on it. 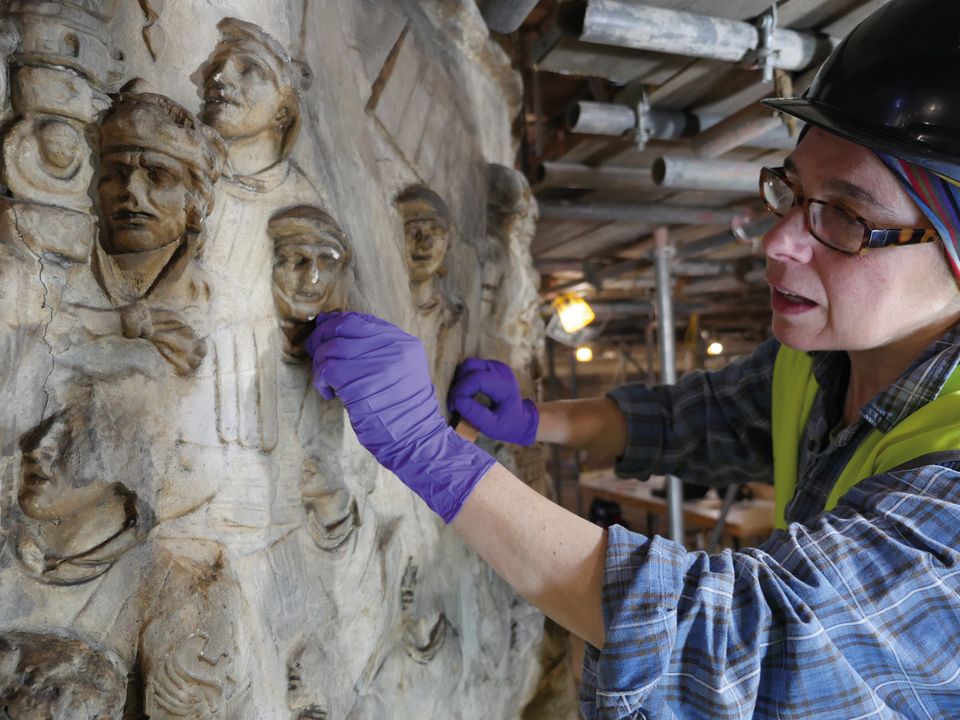 In addition to reinstating the textured Victorian paint schemes and stripping the 1950s linoleum from the original stone mosaic floors, the renovation of the Ruddock Family Cast Court has also created a new gallery devoted to copies in various forms, such as photographs, electrotypes and casts. It explores their history and the different technologies used to make them, as well as their relevance today. A special section on digital technology used to produce replicas of art and architecture caught in the crossfire during conflict includes a small model of the arch of Palmyra, which Islamic State destroyed in 2015.

The V&A’s senior curator of sculpture, Holly Trusted, says the museum “is at the top of the tree” when it comes to cast collections. Unlike Classical casts that are left white so students can study them, the ones acquired by the V&A (then known as the South Kensington Museum) in the 1860s and 1870s under its first director, Henry Cole, were coloured to look as authentic as possible. “The ones in our collection were meant to look like the real thing,” she says. “People really do love them. They are dramatic and can be overwhelming but they’re also just fun.”