The $29.2m painting sold at Sotheby's last night in a live-streamed contemporary art sale that took place in Hong Kong as Christie's held its marquee sale in New York 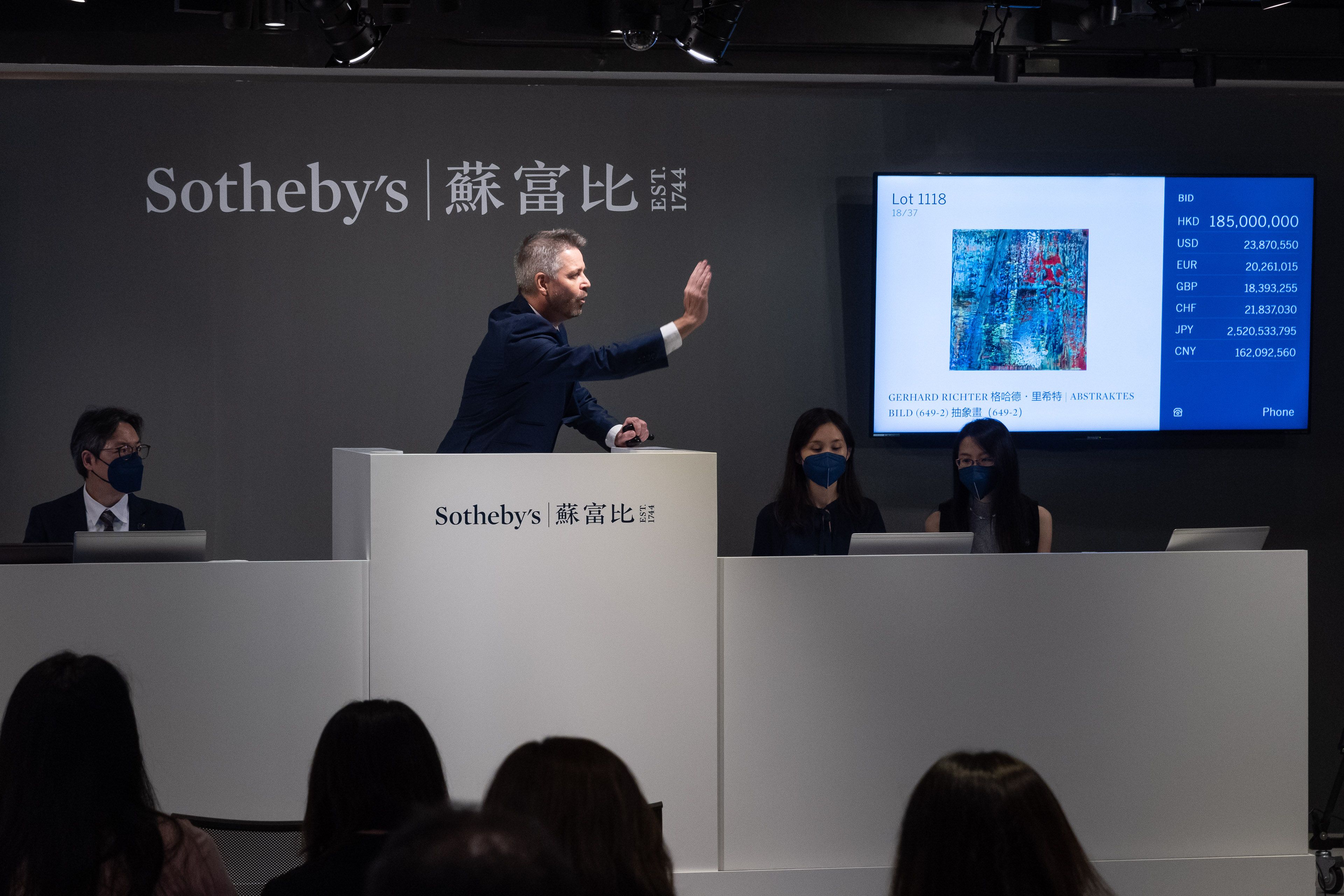 The 34-lot auction—which was 92% sold by lot—was topped by Gerhard Richter’s 1987 painting Abstraktes Bild (649-2), bought by The Pola Museum of Art, a private museum in Hakone, Japan, for HK$214.6m (US$29.2m). That is nearly double the pre-sale estimate and makes it the most expensive western work of art ever sold at an auction in Asia.

Sotheby's has been bringing more and more western art to its sales in Asia in recent years, this time accounting for half of the lots presented—the biggest proportion of western art featured at a Hong Kong evening sale. During the postponed Hong Kong spring auction series back in July, David Hockney’s 30 Sunflowers (1996) was the top lot of Sotheby's HK$595m (US$76.7m)contemporary art evening sale, selling for HK$114.8m (US$14.8m). That means that, following the sale of the Richter last night, the top four prices of western works ever sold in Asia have been realised at Sotheby’s auctions.

Francis Bacon’s small painting Study for a Portrait (1979), which made the artist’s auction debut in Asia, was sold for more than HK$37.6m, within pre-sale estimates. It was also the first time a work by Marlene Dumas appeared in a sale in Asia, as Die Baba (2) (The Baby (2)) (2005) sold for HK$24.3m, slightly above the estimate. Works from the veteran Hong Kong dealer Johnson Chang’s collection of Chinese contemporary art were also among the top lots, with Zhang Xiaogang’s triptych The Dark Trilogy: Fear, Meditation, Sorrow (1989-1990) selling for HK$54.9m, sharing the third top price with Ghenie’s work. However, another work by Zhang, Bloodline-Big Family: Family Portrait (1998) from his signature Bloodline series, was not sold. Other works sold from this collection included Zeng Fanzhi’s Mask Series No.11 (1994), which was sold for HK$23.7m, and Liu Wei’s Banana (1995), which fetched HK$21.3m, more than double the pre-sale estimates.

Last night's auction was also the first live-streamed sale from Hong Kong, with bidding via phone banks from staff in London and New York. While the staff sitting in the Hong Kong salesroom were donning masks in the auction house’s signature blue and separated by transparent petitions, their counterparts in New York and London did not wear masks but kept a significant distance from each other. Meanwhile, Christie's chose New York to hold its 20th-century sale last night — read more about that here.