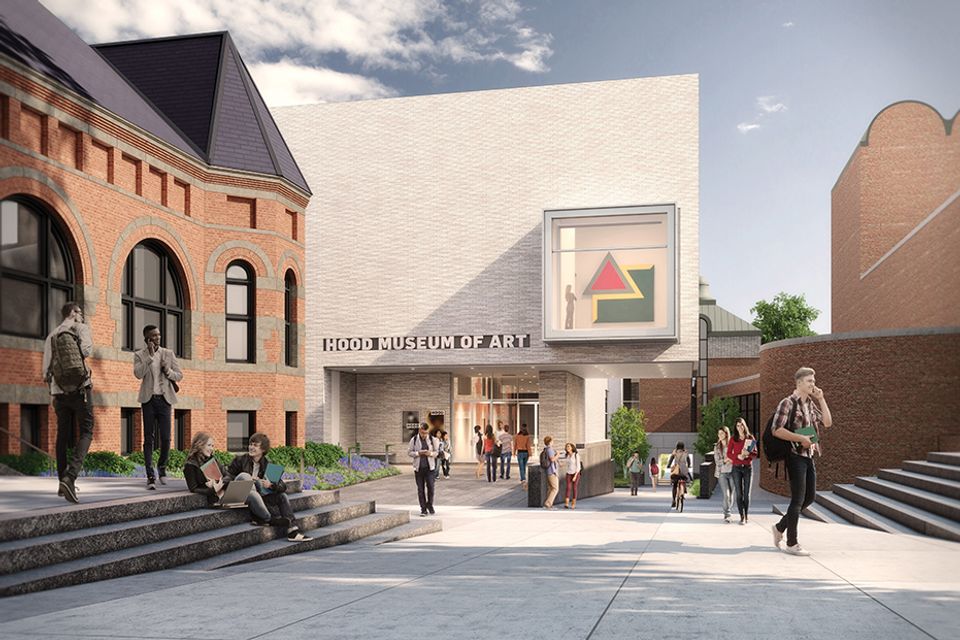 Undergraduates at Dartmouth College in Hanover, New Hampshire, have brought the campus debate on sexual consent into the Ivy League university’s Hood Museum of Art, due to reopen on 26 January after a $50m renovation and expansion that has taken nearly three years.

Among the first exhibitions in the refurbished museum is Consent: Complicating Agency in Photography (until 5 May). Five student interns developed the show from works in the Hood’s 65,000-strong collection that have been acquired over the years by students of the university’s Museums 101 course.

During the 2017-18 academic year, when the show was being planned, Dartmouth announced an investigation into allegations of “serious misconduct” by three professors. In November 2018, seven women sued the university for $70m, claiming that it had turned a blind eye to ongoing sexual abuse and discrimination for more than 15 years. That month, the US Secretary of Education, Betsy DeVos, proposed changes to the federal civil rights law Title IX, which prohibits sex-based discrimination in federally-funded education programmes. If passed, critics say the changes would deter student claims of sexual assault and shield institutions from liability.

The exhibition takes a broad look at the theme of consent in photography, using works by artists and documentary photographers including Nikki S. Lee, Vivian Maier and Tim Hetherington to address issues such as the artist-model relationship, masculinity, the appropriation of identities and racial stereotypes of women’s sexuality.

A work by the Japanese photographer Nobuyoshi Araki will not go on view as planned, to reflect the #MeToo allegations about abusive behaviour made last year by his former model Kaori. (In December, the opening of an Araki solo show at the C/O Berlin Foundation in Berlin drew protests.) The Hood will instead include a reproduction of the work on an information panel calling attention to Kaori’s claims.

“Consent is critical not only to photography, but also to students’ lives on campus and after graduation,” says the museum’s associate curator of academic programming, Amelia Kahl, who co- organised the show. “The Hood is a place where students can weigh in on these important topics, both through their work and in the conversations that happen through engagement with art.”