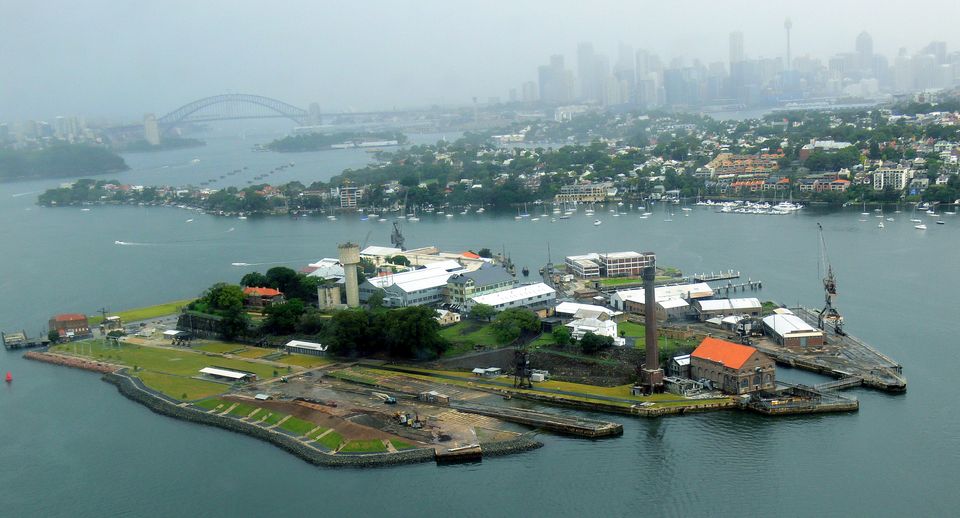 Cockatoo Island is a regular venue for the Sydney Biennale Photo: Dave Keeshan

A private consortium’s $80m offer to turn Sydney Harbour’s largest island into the city’s answer to Naoshima art island and attract “millions of visitors a year” has been described as a commercial gambit that would attract little community support.

Cockatoo Island has been open to the public for over a decade. Its cavernous industrial buildings have housed massive installations by William Kentridge, Cai Guo-Qiang and Ai Weiwei. They all exhibited during past editions of the Biennale of Sydney, for which the island is a principal venue.

The island is undeveloped and scattered with heavy machinery, old factories and an abandoned dry dock. The Sydney Harbour Federation Trust is charged with maintaining the site’s historical integrity and that of a number of other harbour locations.

But several wealthy Australian businesses, banded together as the Cockatoo Island Foundation Limited, have proposed gifting at least $80m to situate large-scale, permanent Australian and international art in the existing industrial buildings. The group’s proviso is that the Federal Government stump up $200m to remediate and rehabilitate the island after its years as a traditional indigenous site, a colonial-era prison, and a ship-building facility.

The businessman Tony Berg, a board member of the National Gallery of Australia foundation, tells The Art Newspaper that he had been “blown away” by Naoshima Island when he visited in around 2015. “We thought if one could do something like that in Sydney, it would be absolutely fantastic,” Berg said.

Under Berg's plan there would be indoor and outdoor works, a “re-wilding” of the island to attract the native birds for which it was named, and “an exciting experience of the colonial and maritime engineering history, for example with virtual reality type experiences”, he says.

The private consortium was not interested in building a new gallery or museum on the island because Sydney was “well endowed with art galleries”, Berg says.

If the consortium got a “green light” from the Sydney Harbour Federation Trust, it would employ a curator and a team to draw up a feasibility study. This will take time; the trust is undergoing an independent review which might not report to the government until late March. After that, the report might “sit with government for some months”, Berg says.

“When we were set up 20 years ago, the concept of the trust was to protect, rehabilitate and preserve the historical sites,” Carrozzi says. “We want the government to say the trust should have an ongoing role in managing these sites because they are unique. We want all the assets to be fundamentally community assets, and (used) for the purpose of telling the story of Australia in a very specific way," he adds. "Rather than a commercialised enterprise.”